Thomas is a small town of 596 in Tucker County, West Virginia. Incorporated June 16, 1892, it was a typical Appalachian town that thrived on the coal and railroad industries. Today, Thomas is an important tourism stop for nearby ski resorts, the town of Davis, Canaan Valley, State Park, Blackwater Falls State Park and the Monongahela National Forest. The downtown riverfront area became the Thomas Commercial Historic District in 1998 and is listed on the National Register of Historic Places. 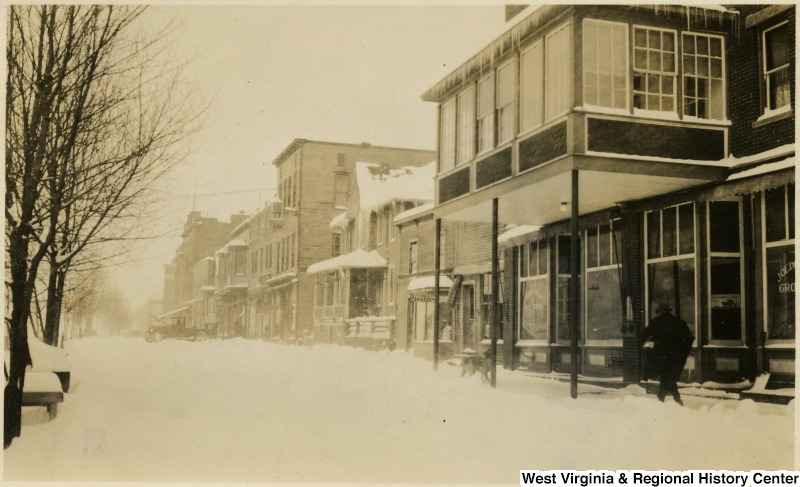 Survivors stand by a Western Maryland train that wrecked in between Thomas and Westernport. 1910 - 1912. 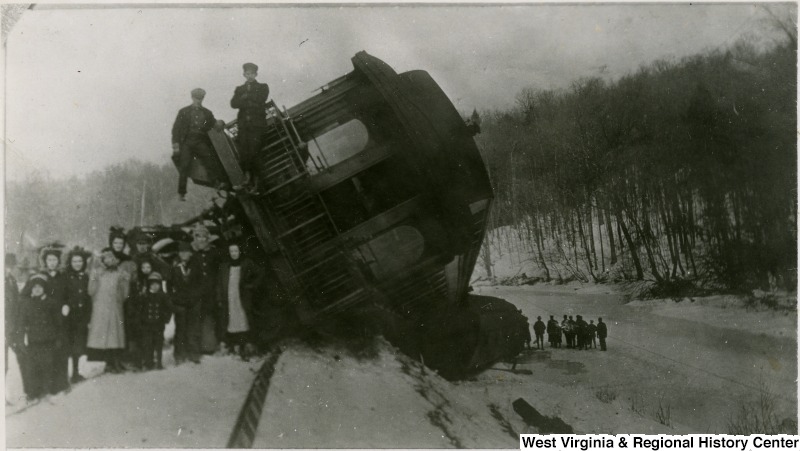 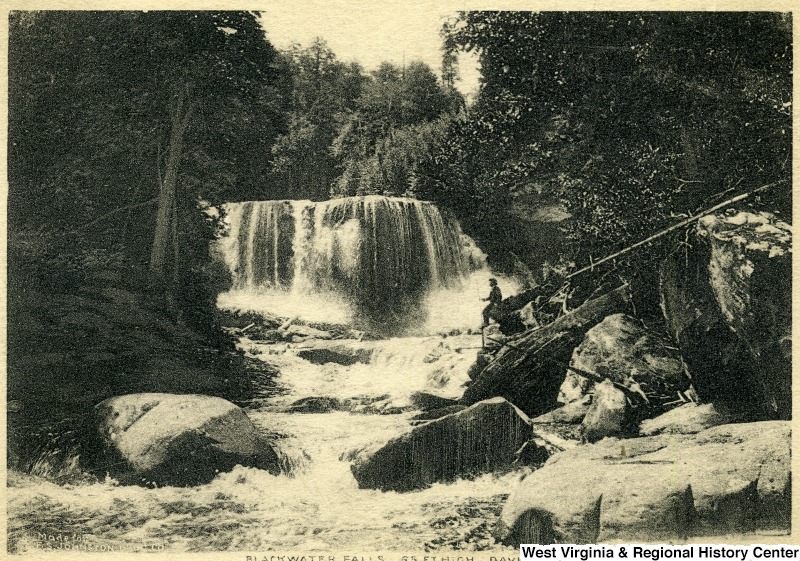 Thomas is a small-incorporated town in the north central portion of Tucker County, West Virginia. It is one of many Appalachian boom-bust towns. The town is named for Thomas B. Davis, brother of Henry Gassaway Davis, who owned the West Virginia Central and Pittsburgh Railway with his father-in-law, Stephen B. Elkins. The town's location was originally part of a larger tract of land granted to Lord Fairfax in the eighteenth century. George Washington was hired to survey the land in 1747. It was not until 1880, however, that the first known resident of Thomas, Jacob C. Pase, settled in the area. Thomas' growth begins when the West Virginia Central & Pittsburgh Railway extended to Thomas in 1884, due to the number of coalmines and timber operations that had opened in the area from 1883 until 1884.

Entrepreneurs followed the railroad and a post office, hotel, bakery, and general store opened in Thomas. The town was incorporated in 1892 with a population of just 693, but grew quickly with the nearby Davis Coal and Coke Company, the company town Coketon, and the new Western Maryland railroad depot. With the plethora of jobs, population peaked in 1910 at 2,354 in Thomas proper (with around 7,000 people in the surrounding area). To accommodate a growing town, a water system was installed in 1899, electricity was made available by the Davis Coal and Coke Company in 1904, and eventually the Thomas Central Power Plant Dam was built in 1911 to power the coal company.

The coal company and railroad employed many immigrants, especially from Italy and Eastern Europe. The state’s first Italian newspaper, La Sentinella del West Virginia, was founded and printed in Thomas. At the town’s population peak, Davis Coal and Coke Company hired a Polish interpreter who could speak eight different languages and 18 nationalities were represented in town. European immigrants influenced architecture downtown with big porches above storefronts for socializing on weekends and weekly band parades.

Population declined steeply (1920 - 2,099, 1930 - 1,660, 1970 - 713, 2010 - 586) due to dwindling resources and the national decline of the railroads and coal. In June of 1998, the Thomas Commercial Historic District was listed on the National Register of Historic Places. The district reaches from Spruce Street and East Avenue to the North Fork of the Blackwater River. All streets and buildings from 1st Street to one block north of 3rd street are contained within the district as well.

Today's town has an outcropping of small businesses, such as the Purple Fiddle, TipTop Café, the Cottrill Opera House, and several contemporary art galleries. These storefronts attract tourists looking for small town culture and heritage and supplement nearby tourism centers like the town of Davis, Canaan Valley State Park, local ski resorts, Blackwater Falls State Park, and the Monongahela National Forest. Today, Thomas is entering a new phase of its history, an eclectic, creative gathering place nestled in the midst of the Allegheny Mountains.