This historical marker commemorates the life of Leroy Lee, who escaped bondage by running away from his owner, John Anderson of Carthage, Kentucky. Lee was soon captured near this location by slave catchers in 1862. Lee was paraded in chains along Front Street but a number of local citizens confronted the slave catchers and compelled Lee's release. Two weeks after this dramatic rescue, Lee enlisted in the Union army. Lee lived in New Richmond for most of his life and died in Fort Wayne, Indiana in 1918. 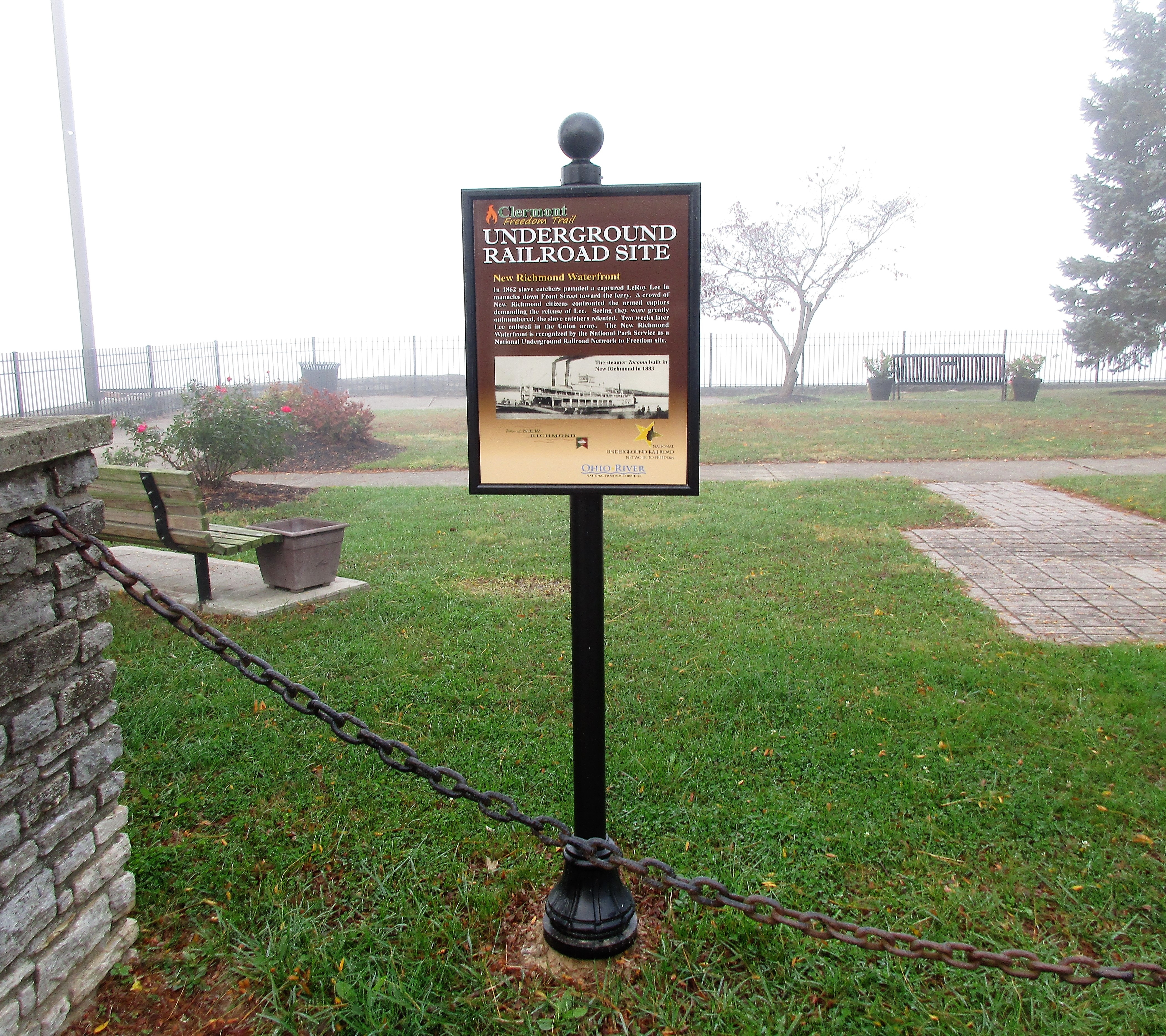 Learn more about the history of the Underground Railroad in the Ohio Valley with this book from the University Press of Kentucky. 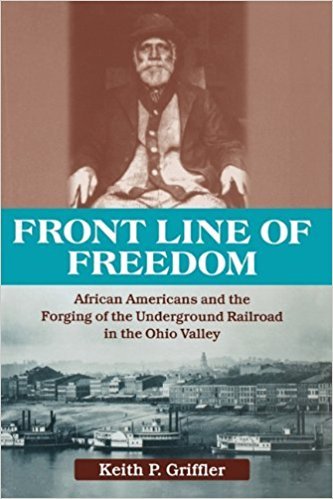 After escaping from owner John Anderson of Carthage, Kentucky, Leroy Lee was captured in Cincinnati, Ohio by slave hunters.  Mr. Anderson, who was furious that a second slave had escaped seeking sanctuary in Ohio, enlisted slave hunters to track down Mr. Lee.    While being returned to Carthage, Lee was paraded down New Richmond’s Front Street in shackles towards a ferry waiting at on river banks.

New Richmond was a hotbed for abolitionist in southern Ohio and a group of citizens confronted the slave hunters.  The group quickly grew in numbers, eventually leading to a crowd of people blocking the street and the hunter’s path to the waterfront.  With guns drawn the men demanded passage to the ferry to which the New Richmonders responded: “Release your man: slavery and war don’t go”.   Leroy Lee was the second escaped slave of John Anderson to gain their freedom thanks in part to the citizens of New Richmond, the first being Henry Poindexter.

After gaining his freedom with the help of the citizens of New Richmond, Mr. Lee enlisted in the Union army.  Leroy served as a private in Company G, Third Regiment, Heavy Artillery until being discharged from service in February 1886.  Lee remained in New Richmond until his mother’s passing in 1912.  He and his family then moved to Fort Wayne, Indiana where he lived until his death at age 72 on March 16, 1918.