A small field, in a sparsely populated state, was to become one of the most important military bases in the United States. This field was to grow into one of the strongest bases hosted by the air force in the defense of the United States. In 1918 Fort Crook, future Offutt Airfield, saw its first air division. Three years before the actual construction of the airfield, the 61st Balloon Company was assigned to the fort at the close of World War I. This is where the Balloon Company was to begin its overseas training. The company was thwarted in its expectation of further training when, the next day, November 11, the Armistice was signed and WWI came to a close. This was the beginning of Offutt’s use of aircraft. Actual construction of the airfield began mid-1921, clearing more than 260 acres of Fort Crook’s land. Later that year the first aircraft hangers were created. After WWI the United States found the necessity for aircraft in the future, and began more training at its newest airfield. In the year of 1924, the name of the entire fort was changed to Offutt Field. It was named after First Lieutenant Jarvis Offutt, who was the first Omahan casualty in World War I. He died after SE-5 British Biplane crashed in France. Offutt Airfield currently supports United States Strategic Command, which is the center for Information Warfare. It currently supports the RC-135 Rivet Joint as well as many other aircraft. 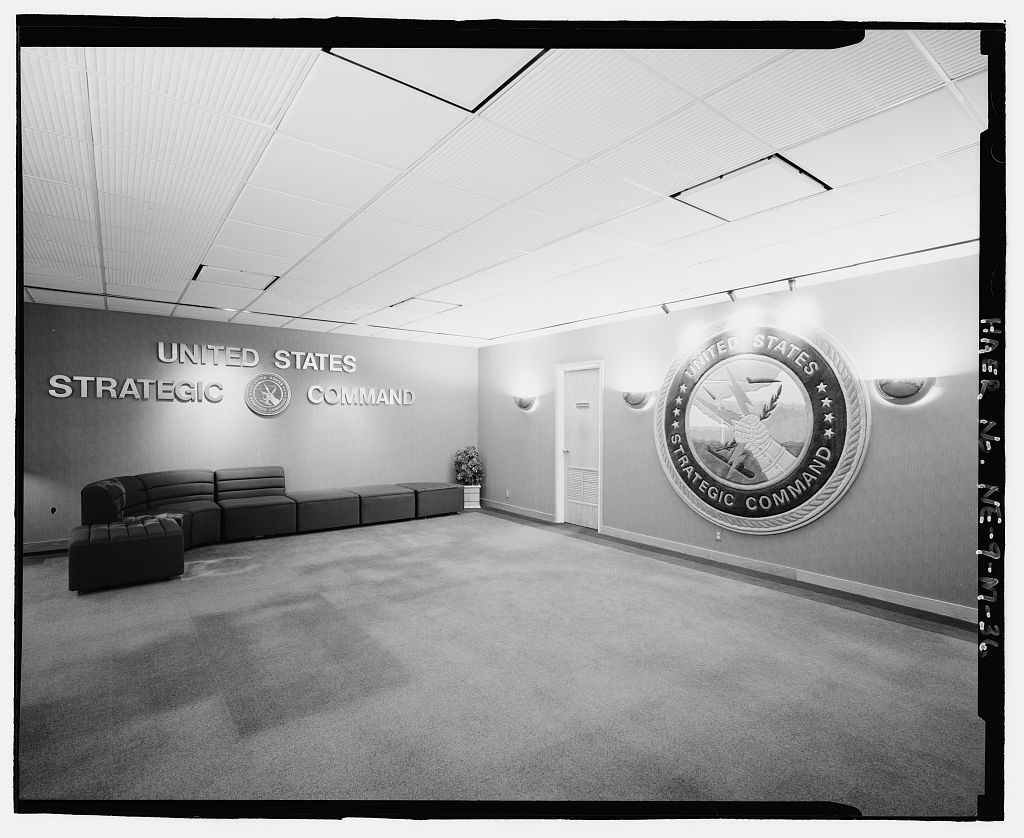 Outside View of STRATCOM Building 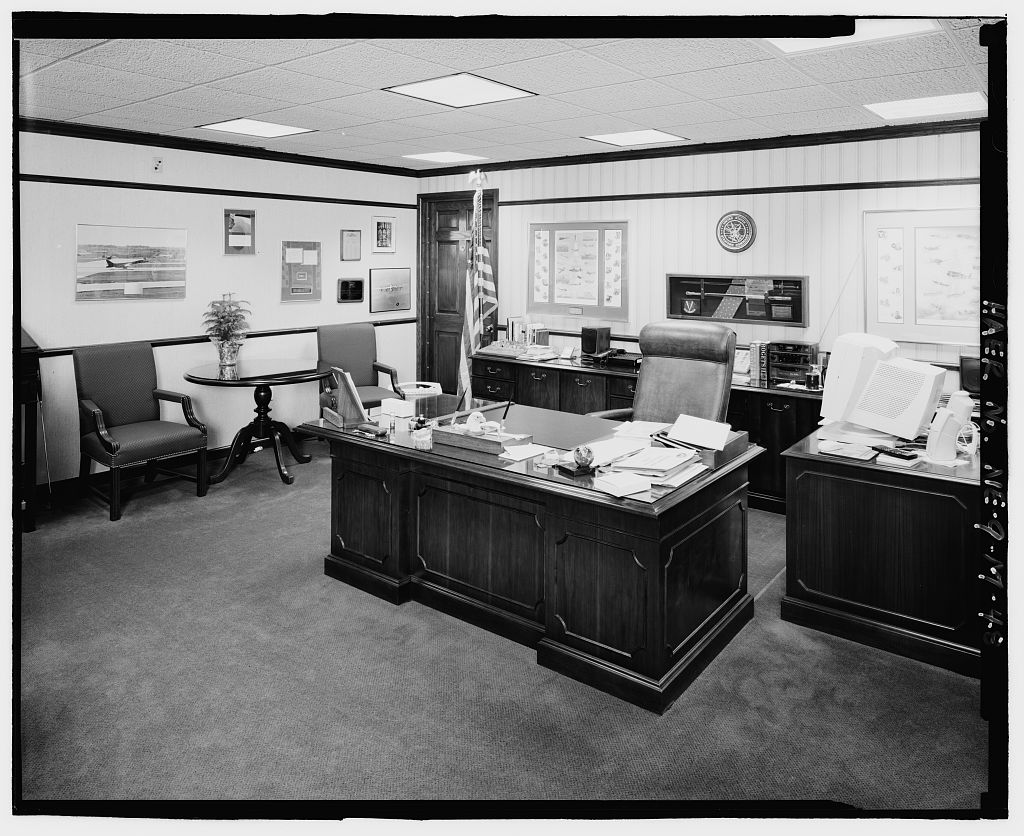 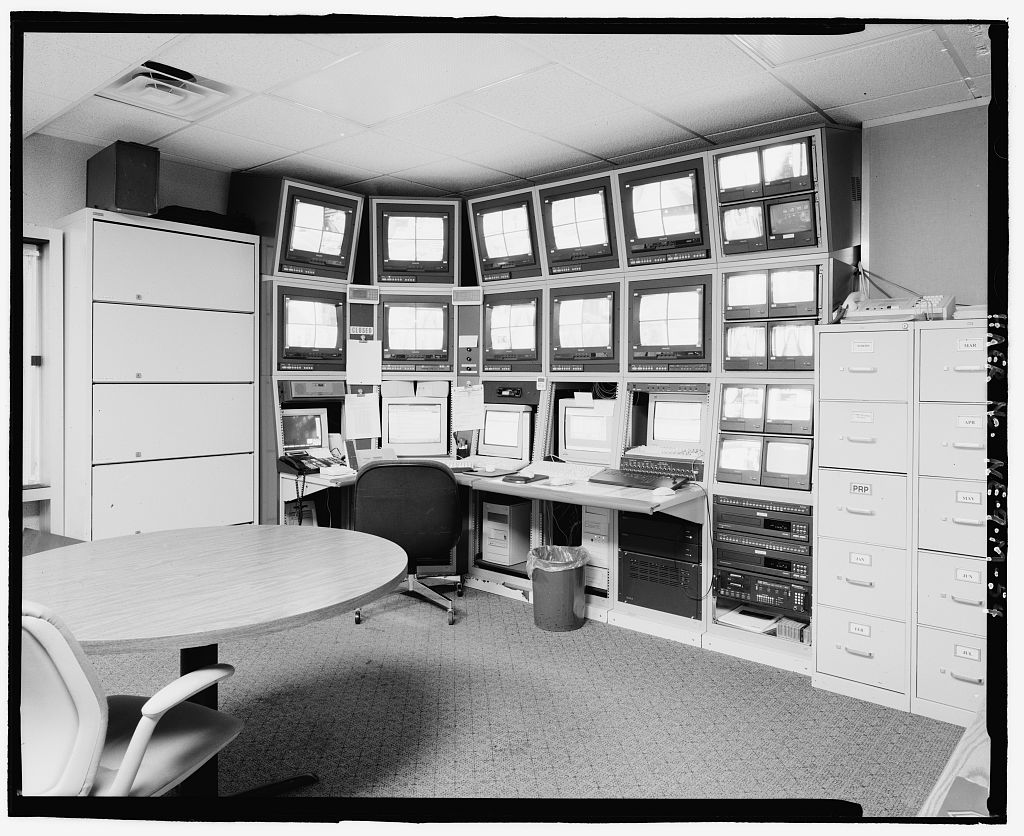 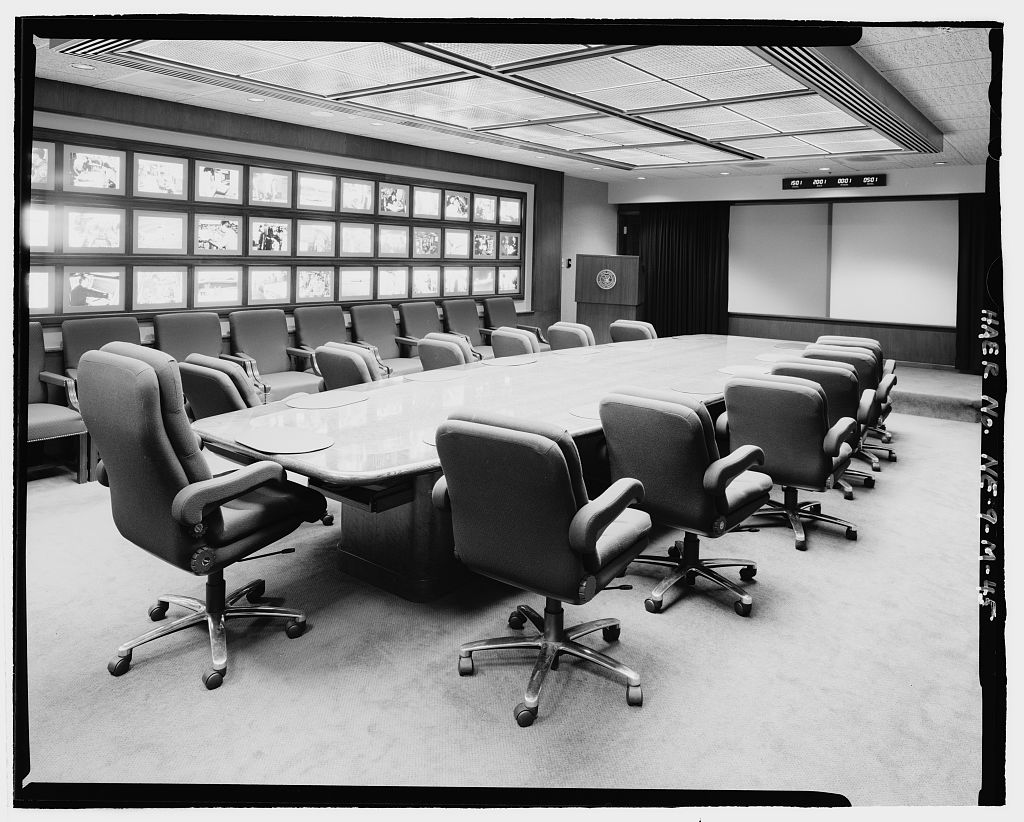 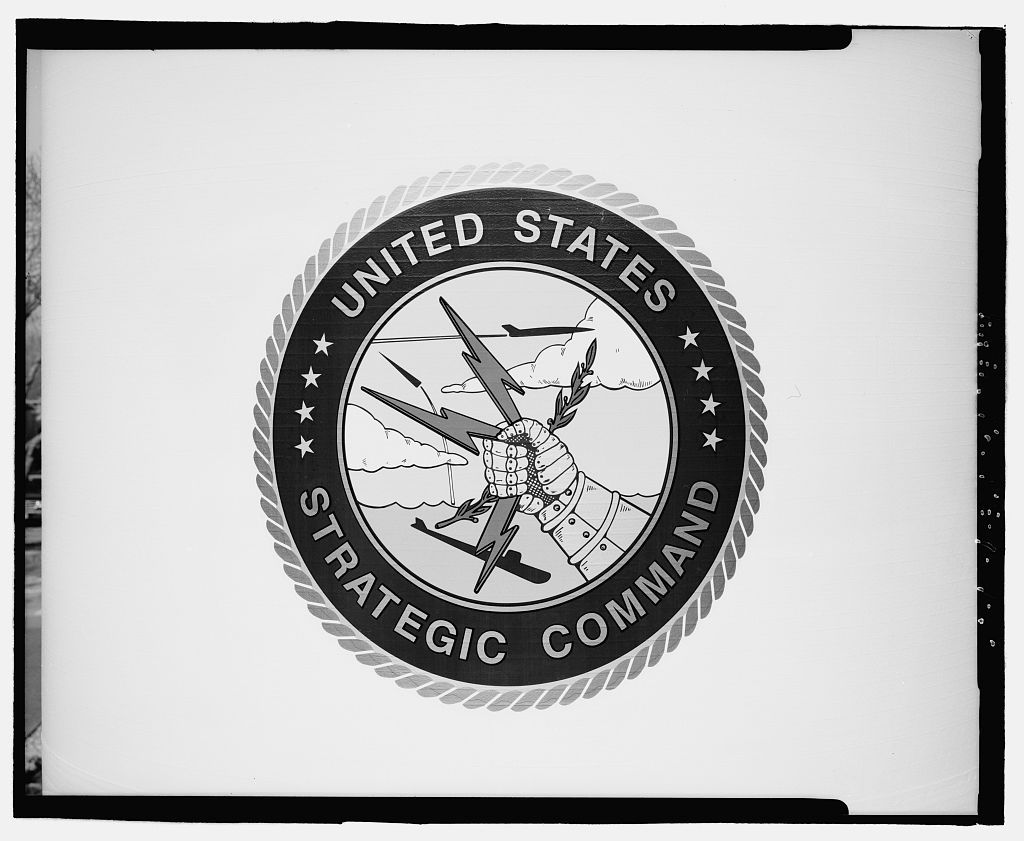 Outside View of Missile Deck Entrance 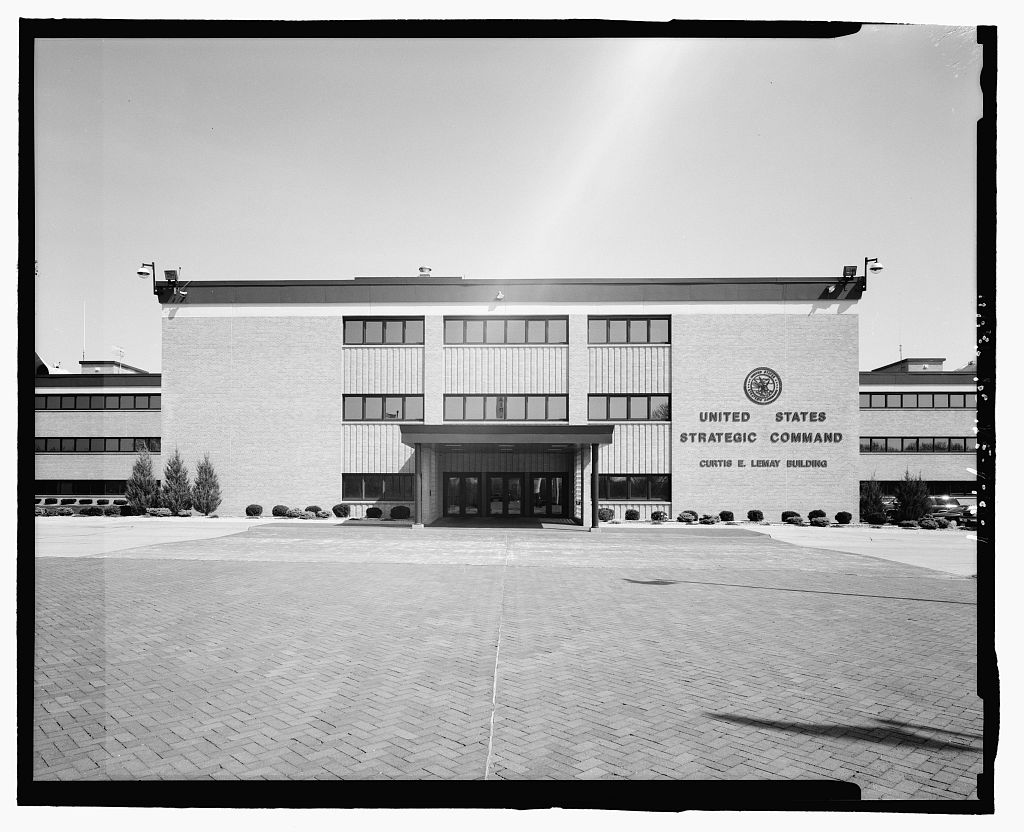 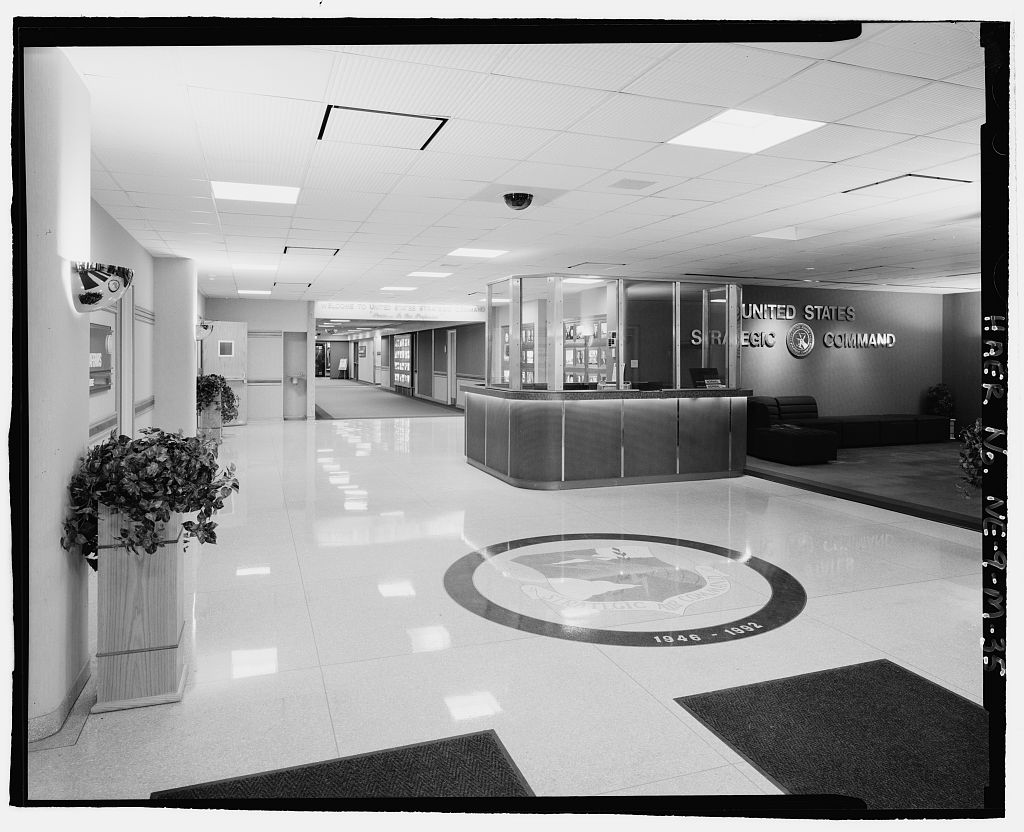 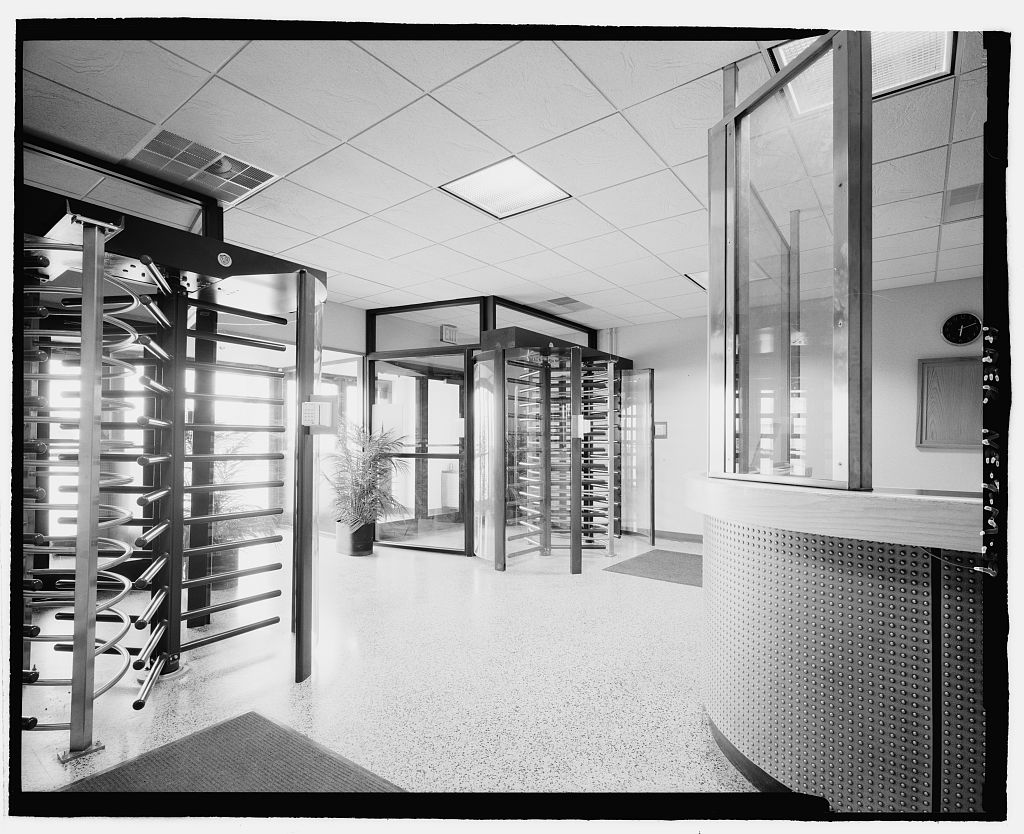 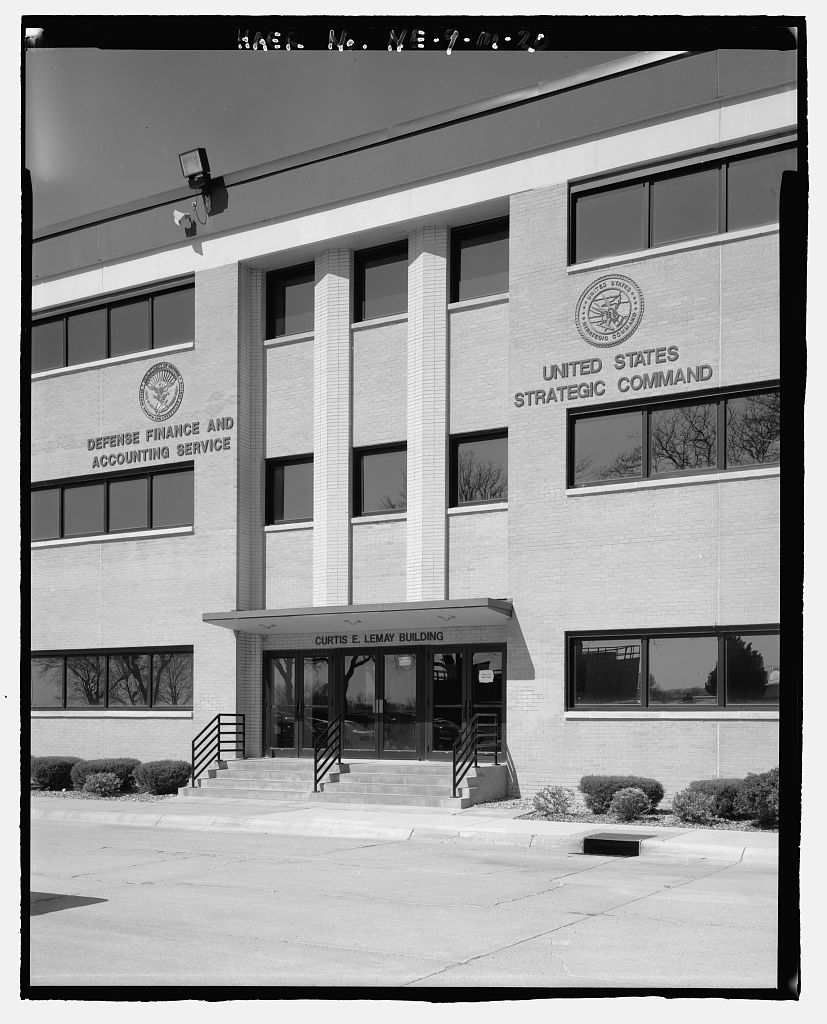 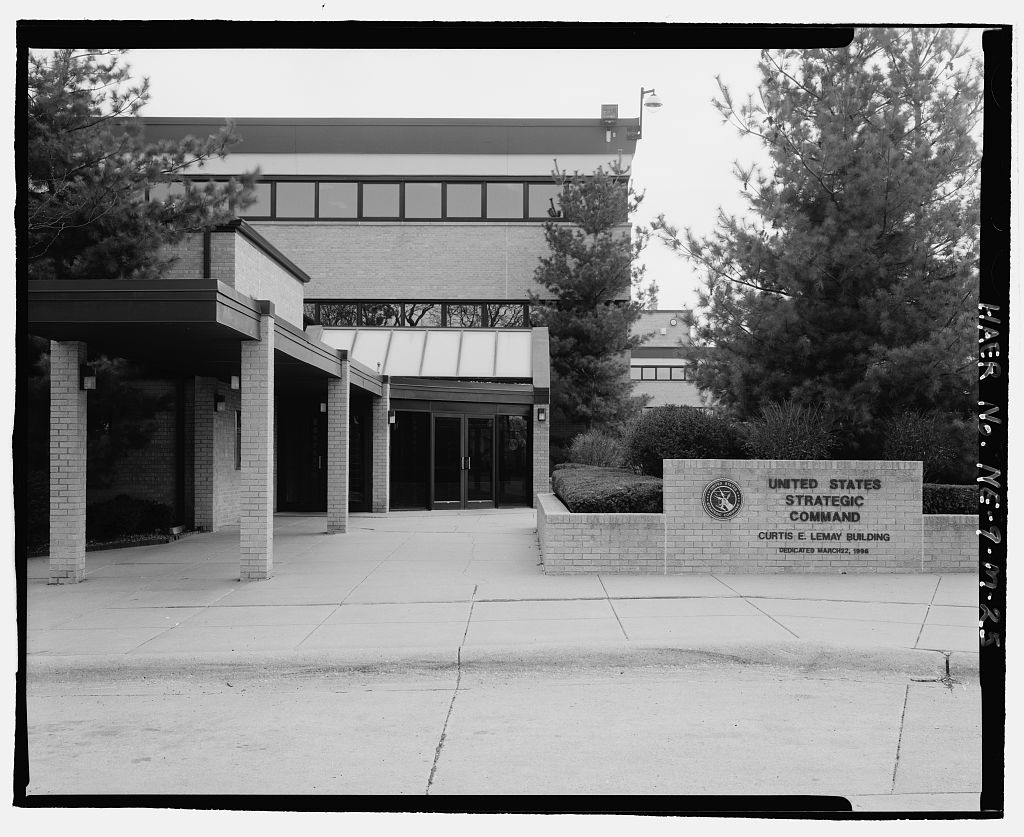 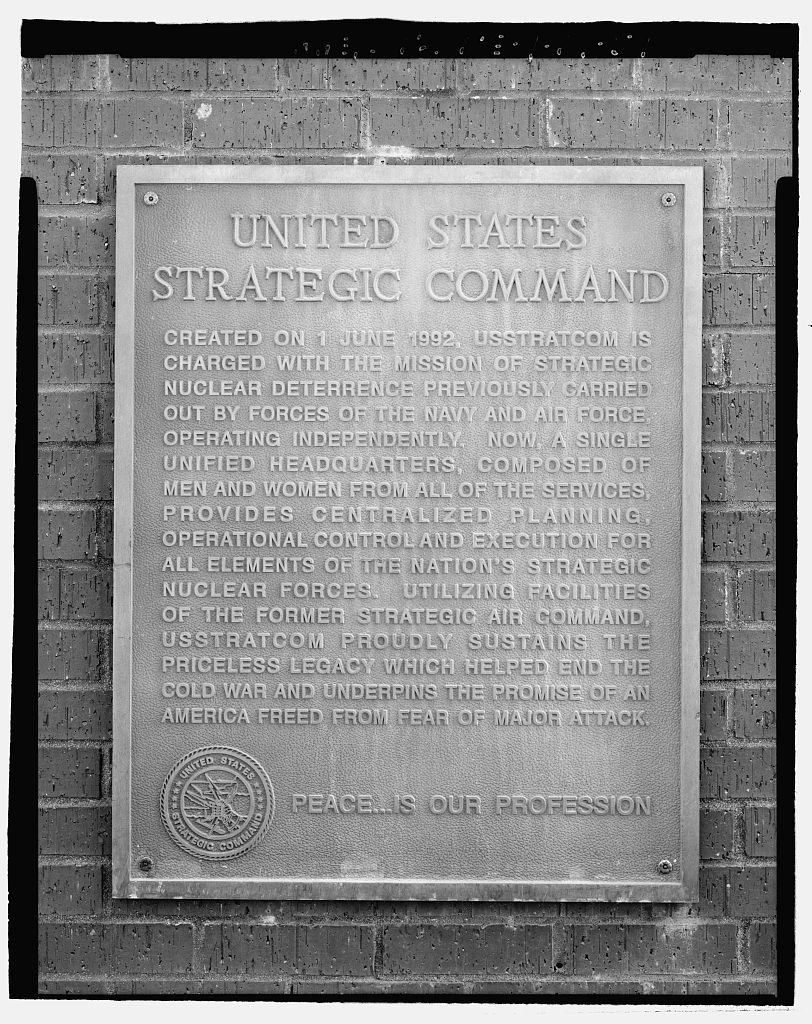 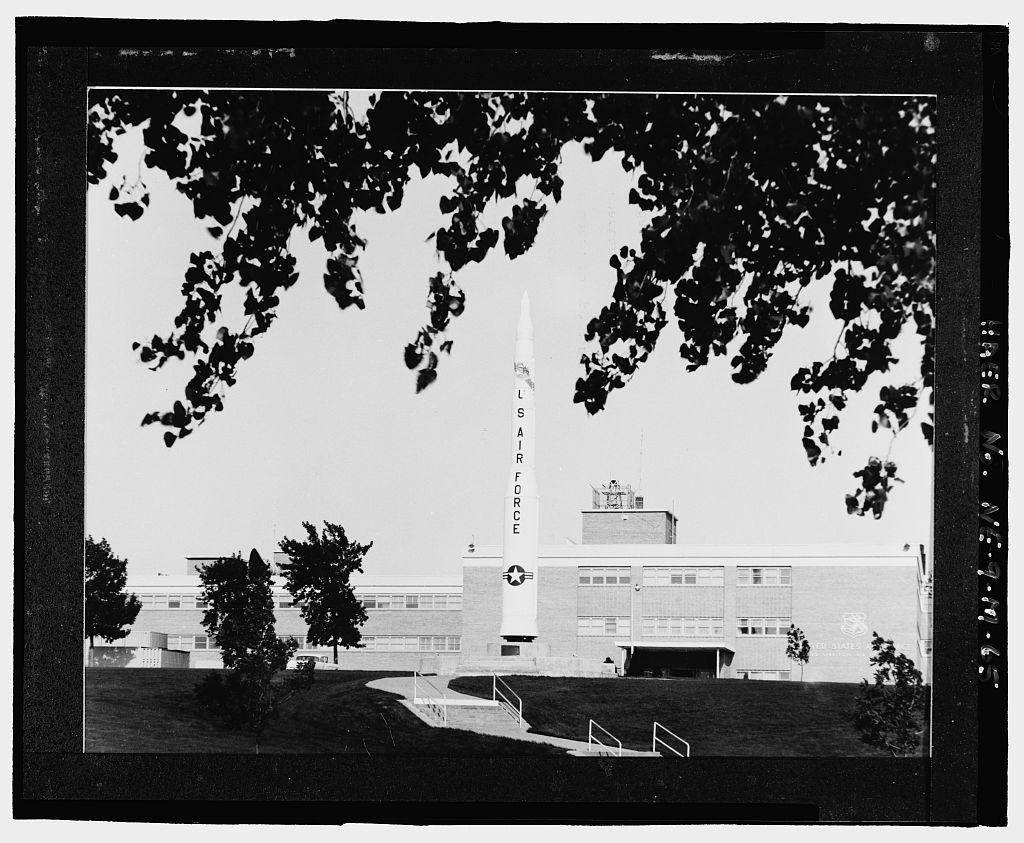 The history of Offutt Air Force Base begins in 1890 when a small fort was placed off the river in the rolling hills of Nebraska. Named after Major General George Crook, Fort Crook was original established by the Department of War to dispatch units for conflict in the Great Plains against the Native Americans. Other than the small Indian conflicts that were scattered across the West, the first major conflict that Fort Crook saw was the Spanish-American War. Despite this being a decisive victory for the United States, the 22nd Regiment from Fort Crook suffered heavy casualties. Only about 165 men of the 513 deployed returned from the conflict at the Battle of El Caney in Cuba, most falling victim to disease after the battle. After this conflict is when changes began to occur for the Fort [1].

In 1918 Fort Crook began its transformation. In this year the United States Army decided to move the 61st Balloon Company to Nebraska. This was to become the training ground for balloon companies for World War I. Here they would learn how to preform aerial combat reconnaissance training for use on the front lines. The training command was never used, as the war ended a few months later before the company could ever see foreign soil. This sparked new ideas for the United States though. With WWI introducing a larger need for aerial combat training, the Army Air Corps decided that they needed to catch up on modern technology.

In 1921, in the warmth of spring, plowing and leveling began on Fort Crook. This began making the fort an actual air field. That year the Army Air Corps installed permanent hangar bays. Now with an established air field and shelter, Fort Crook developed from a small Army Base to a large training ground for the Air Corps. In 1924 the air field was named Offutt Field after First Lieutenant Jarvis Offutt. He was the first Omaha-born man to die during WWI. He passed after his Royal Aircraft S.E.5 crashed during a training mission in France.  No real military presence existed on the base, as the Balloon Companies became obsolete with the introduction of aircraft. The base and air field primarily supported airmail training and flight. Military presence would not reign here again until World War II when the B-29 Superfortresses were constructed. [2]

After WWII the United States saw a growing need for a strategic presence in the world. With the threat of the Union of Soviet Socialist Republics lurking over the United States, on November 9, 1948, Congress decided to expand their strategic warfare front. This was the beginning of Strategic Air Command (SAC). By order of Secretary of the Air Force Stewart Symington, the headquarters for all of atomic and conventional targeting was moved to Offutt Air Force Base. [3,4]

The main mission of SAC was to utilize Information Warfare (IW). IW consists of a combination of intelligence, cyber operation, and information technicians. IW was founded during WWII when the Axis Powers used cyphers to code their messages. This made it almost impossible for The Allies to decrypt. Intelligence operations mostly consist of using media and other collection means to track adversary engagement. Intelligence has existed in warfare since strategists first began plotting the means of fighting. The United States started implementing intelligence as their own branch of the government in 1947 when the Department of War became the Department of Defense. These pursuits help keep the United States ahead of adversary intents.

Cyber operations is the new forward battle space of engaging the enemy on the field. This is the use of hackers and other non-kinetic means to stop an adversary without having to risk lives and to still stop the enemy. This is a new and developing field that SAC is spearheading. Information technicians are quite simply like any other IT field. They are used to keep services and computer systems running. They are in charge of maintaining one of the largest and most complex network systems. [5]

With the combination of the air field and the new SAC Building, Offutt was the ideal place to begin this new warfare front. It served as the pinnacle for all strategic targeting and joint operation. SAC performed their mission so well that Congress decided to transform it from an air force station, to United States Strategic Command (USSTRATCOM), a joint base. This now introduced all four military branches and several government agencies. Tying together with bases all across the world, it brought all ends of the earth together to focus on a main mission of deterrence.

STRATCOM does not see a lot of media attention as their actions and missions are normally executed behind a curtain. You can note that a public utilization was the visit of George W. Bush on September 11th, 2001. He took shelter in a secure nuclear blast resistant bunker deep underneath STRATCOM. Congregating all of the joint leaders, the president helped bring together all branches of the Department of Defense. Together we were able to lead a counter attack on the enemy who had brought down the iconic Twin Towers in New York City.