This Greek Revival building holds special importance to the city of Wilmington. It was built around 1847 by prominent Wilmington businessman John A. Taylor to be his home. Taylor was a civic leader and made a living in the shipping and railroading industries. From 1892 to the early 1950s, the building was owned by the Wilmington Light Infantry (WLI), which used it as an armory. Visitors to the building will see cannons and cannon balls near the entrance. These were captured during the Spanish-American War and installed in 1902 (the WLI was activated for the war but was not deployed because the war did not last long, from April -August 1898). It appears that the adjacent First Baptist Church owns the building today.

The Wilmington Armory was built c. 1847 as a house for John A. Taylor. 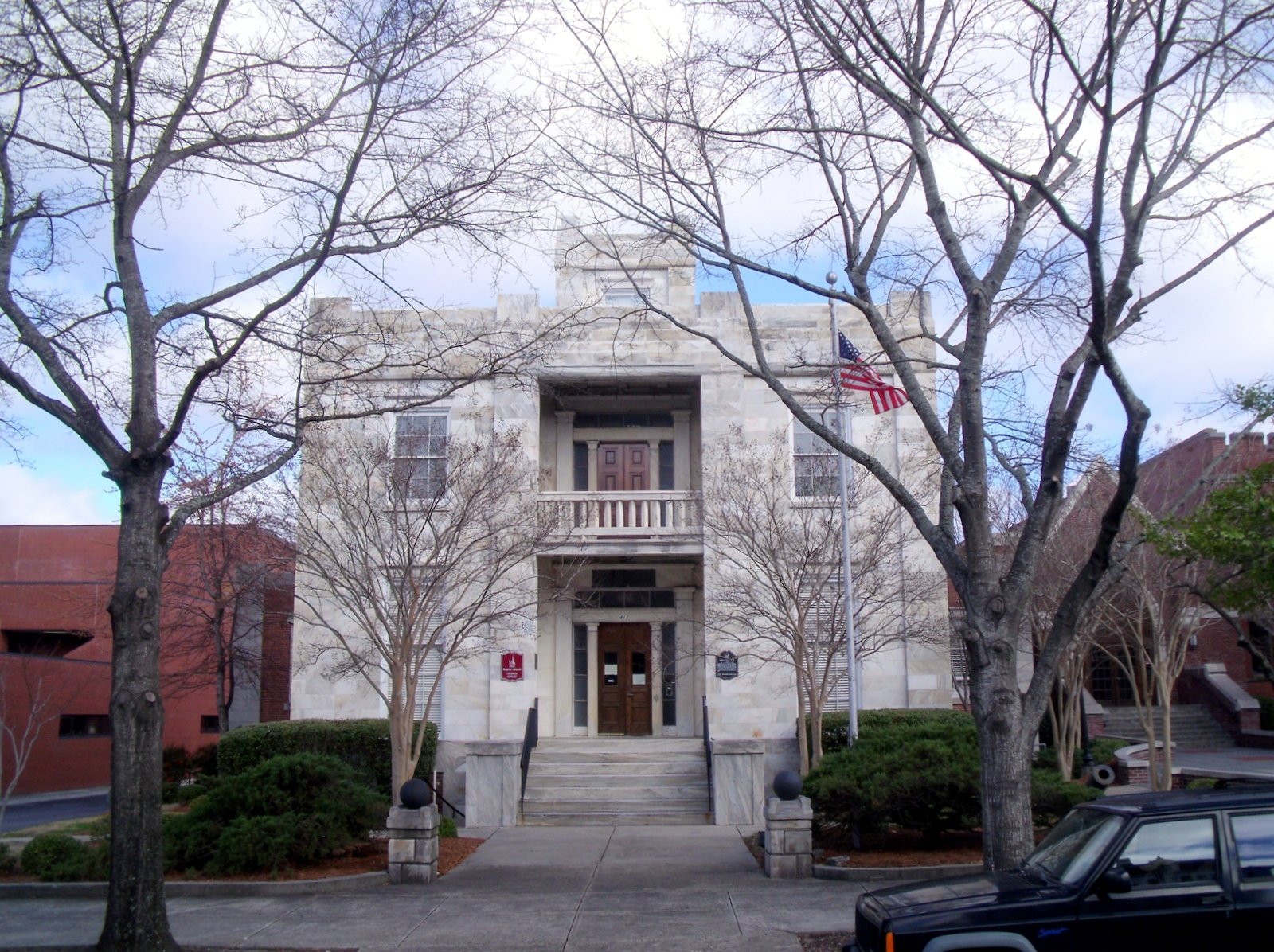 The building is notable for serving as the staging area for one of the most infamous events in North Carolina history. On November 10, 1898, a white supremacist mob, consisting of many WLI members, overthrew the local, mixed white-Black government in what is the country's only successful coup d'etat. Also known as the Wilmington Insurrection of 1898 or the Wilmington Race Riot of 1898, the event signaled the beginning of more entrenched segregation and disenfranchisement of Blacks not only in North Carolina but the rest of the South, as other southern states followed suit by passing laws supporting these policies (Mississippi began this trend in 1890). It is estimated that up to 60 Blacks were killed and the mob burned down the Daily Record building, where the city's only Black-owned newspaper was printed.

The WLI was chartered in 1849 and many founding members were veterans of the Mexican-American War (1846-1848). Before North Carolina seceded from the Union in 1861, the WLI, along with other military units, seized control of Forts Johnston and Caswell, which were located near the mouth of Cape Fear. It became part of the 18th North Carolina Infantry during the war. During WWI, the WLI manned Fort Caswell's artillery and also served in France as part of the U.S. Expeditionary Force. In WWII, it was sent to Aruba as an anti-aircraft unit.

In the mid-1950s, the WLI deeded the building to the city for use as a public library but retained the right to use the basement as a meeting hall. The library operated here until it moved to another building in 1981. The city next used it for its planning offices. Then in 1996, the city deeded the building to First Baptist Church (located next door). The WLI retained the right to use the basement (it is not clear if the WLI is active today).

Steelman, Ben. "What is that weird building on Market Street with the cannons on the roof?" MyReporter.com [Star News Media]. March 13, 2009.  http://www.myreporter.com/2009/03/that-weird-building-on-market-street-with-the-cannons-on-the-roof.