The victims of the mass suicide that took place in Jonestown went basically unrecognized, except by a small insignificant plaque, for 32 years. On May 30, 2011, a permanent memorial was unveiled and dedicated at Evergreen Cemetery, where many Jonestown victims are buried. This plaque was a huge milestone for many families, as they had been dealing with their grief alone. They now had a memorial where they could come together and remember their family members they had lost. Although that is not all they remember looking at this memorial, considering it also memorializes the leader of the People’s Temple, Jim Jones.

The four plaques being unveiled at the dedication service on May 30, 2011. 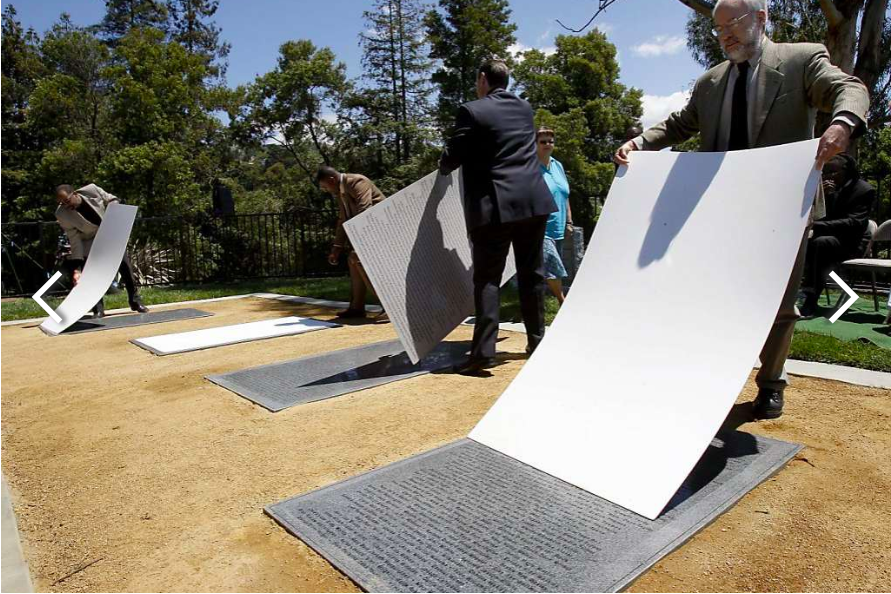 The original gravestone memorial from the Jonestown Memorial Site. 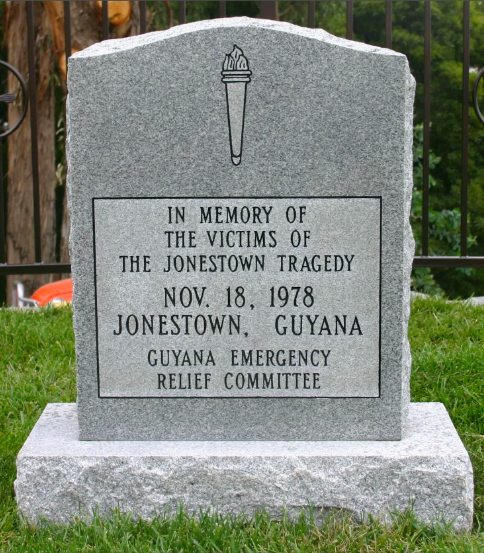 The four dedicated plaques containing the names of all of the victims of the Jonestown tragedy. 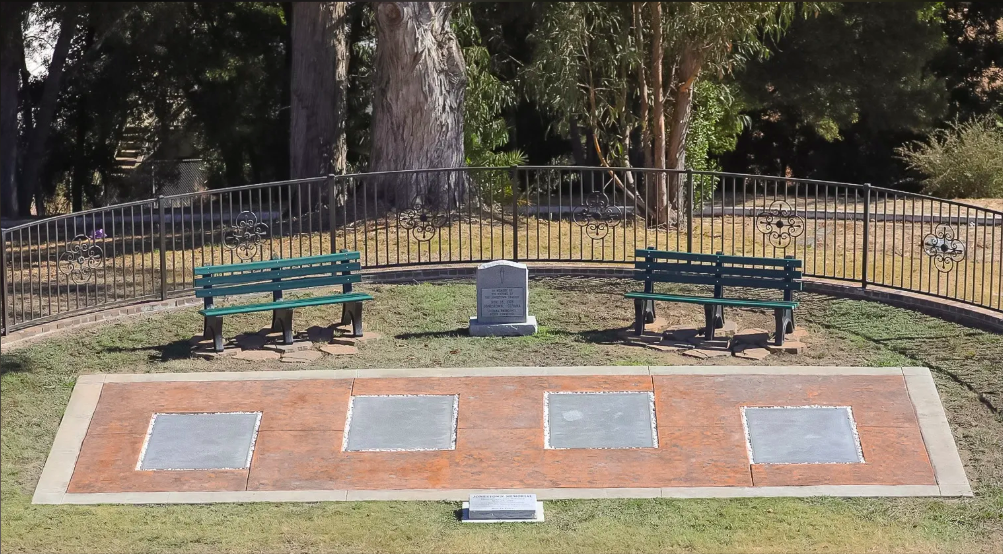 The members of the People’s Temple have followed their leader, Jim Jones, to Guyana to create their own “utopia”. The mass suicide that occurred in Jonestown, Guyana happened on November 18, 1978. Almost 1,000 members of the People’s Temple drank a punch laced with cyanide. They were coerced into drinking this punch by their leader, Jim Jones. This same punch was also forcibly given to the children of Jonestown. After convincing everyone to drink the punch, Jones then killed himself as well.

After this tragedy took place, the largest question was where the bodies would go. The United States wanted to bury the bodies in a mass grave in Guyana, but their government resisted. The bodies were shipped stateside, but they still had no burial site, due to no cemetery wanting the stigma that would follow the bodies. Finally, nearly 500 of the victims were transported to California where they were buried in a mass grave at Evergreen Cemetery. This was also convenient since a majority of the People’s Temple members were from around California. Although the victims finally had a resting place, the families were still not able to grieve. The stigma that followed victims and survivors of Jonestown prevented the families from being able to mourn their loved ones.

The victim’s names were not spoken out loud and remembered until the 30th anniversary of the Jonestown tragedy, and yet they still only had a small memorial and gravestone that did not do the victims justice. Finally, in 2011, a memorial was presented and dedicated at the Evergreen Cemetery. Yet, this still did not please many people. The memorial resembles the memorial for the victims of the Vietnam War. The memorial consists of four granite panels that are engraved with the names of the 918 victims of Jonestown. The memorial also lists the name, Jim Jones. Many families of victims were extremely upset that their family members are on the same memorial as the man who convinced them to kill themselves.

Jim Jones was technically a victim of Jonestown because he shot himself once everyone had drunk the punch. Because of this, people believed that he did not deserve to be remembered or recognized. There was a long, emotional battle on whether Jim Jones’s name was to be included in the memorial, but a Judge gave the group permission to keep his name on the memorial. While this may not be a perfect memorial in many families’ eyes, they still have a place where they can go to mourn and remember the loved ones they lost, and that is more than they ever had before.