Though no longer used for its original purpose, the Highland Park Tower remains an important architectural landmark for the immediate residential area. It was built in 1928 and designed by one of the city's few known Black architects, Clarence W. Wigington (1883-1967). It is 134 feet tall and the top features and observation deck that can be reached by a 151-step staircase. The tower doesn't appear to reflect a single architectural style but incorporates stone ornamentation and the top features arched windows. The tower could hold 200,000 gallons of water, which was pumped from Lake Phalen. Given its architecture and once important function, the tower was added to the National Register of Historic Places in 1986. It is open to the public twice a year on special occasions and people are allowed to climb to the bop. 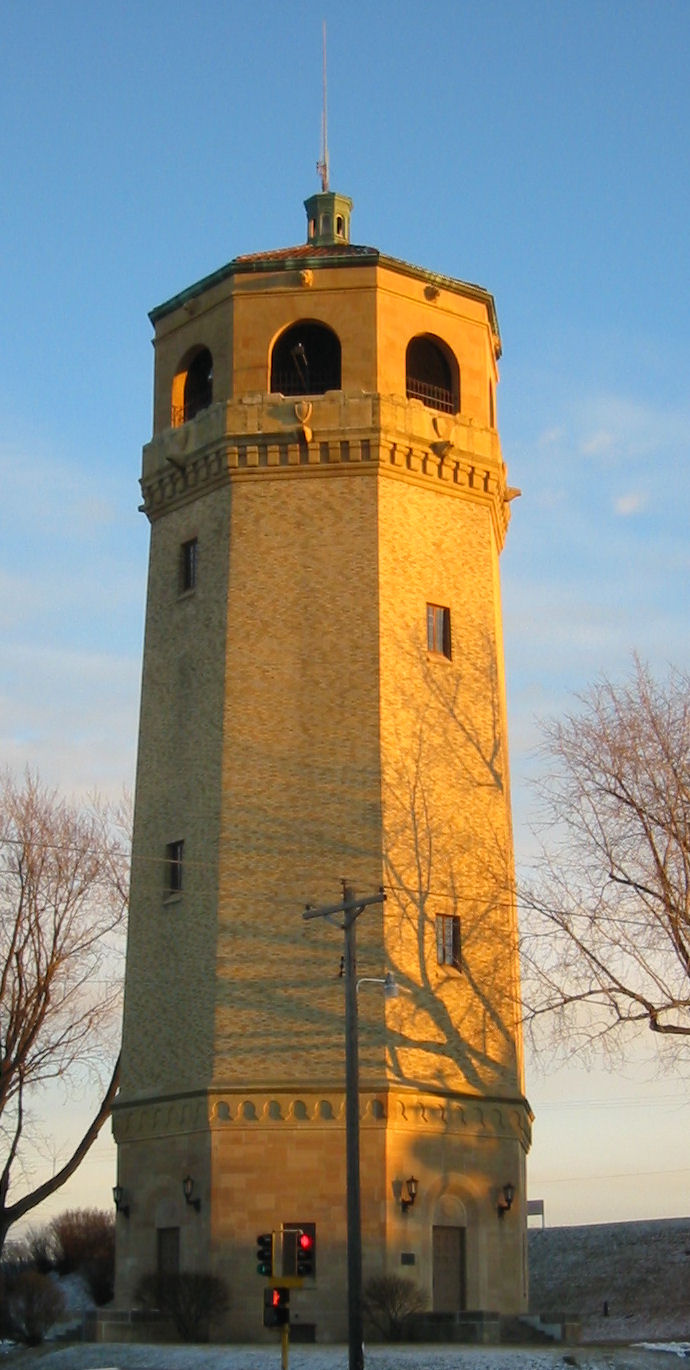 Clarence Wigington was born in Lawrence, Kansas and attended high school in Omaha. He studied architecture for a year and then continued his studies at the Professor Wallace's Western School of Art. During this same period he started to work for the then president of the American Institute of Architects, Thomas R. Kirnball. Wigington's career began in Omaha where he received commissions to design a church, and two apartment buildings. He then won a competition to design two dormitories in Durham, North Carolina. He worked for the City of St. Paul from 1915 to 1949. Among the buildings he designed here were the Saint Paul Public Safety Building (1929–30) and the Como Park Pavilion (1934). He died in Kansas City, Missouri.