Since its completion in 1967, Wesley Chapel has been the center of the Wesleyan campus. With the capacity of 1800, this chapel is one of the largest religious structures in the state and is used to hold events for the campus and the West Virginia Annual Conference of the United Methodist Church. The chapel was part of an ambitious plan by college president Stanley Martin that included the construction of numerous other college buildings. 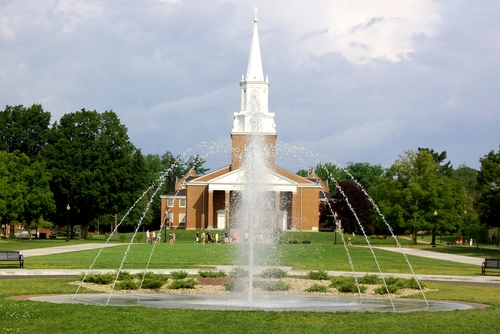 This is the space where the entire student body can gather. Each June, the West Virginia Annual Conference also gathers in this place for worship and business meetings. In each case there are more than 1,000 people.

There are many meaningful things in the West Meditation Chapel. It is located toward the back of the building on the first floor, and is named for Mr. and Mrs. Calvin West. 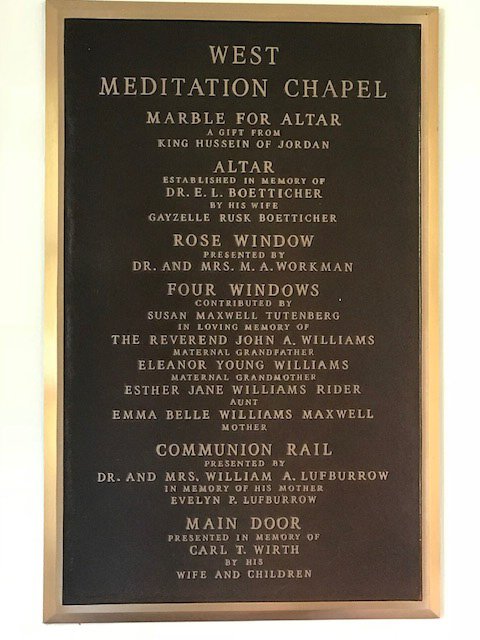 The windows in the balcony reflect the Sermon on the Mount. Eight of them are based on the Beatitudes. One on You Are the Salt of the Earth, and two are related to You Are The Light of The World. 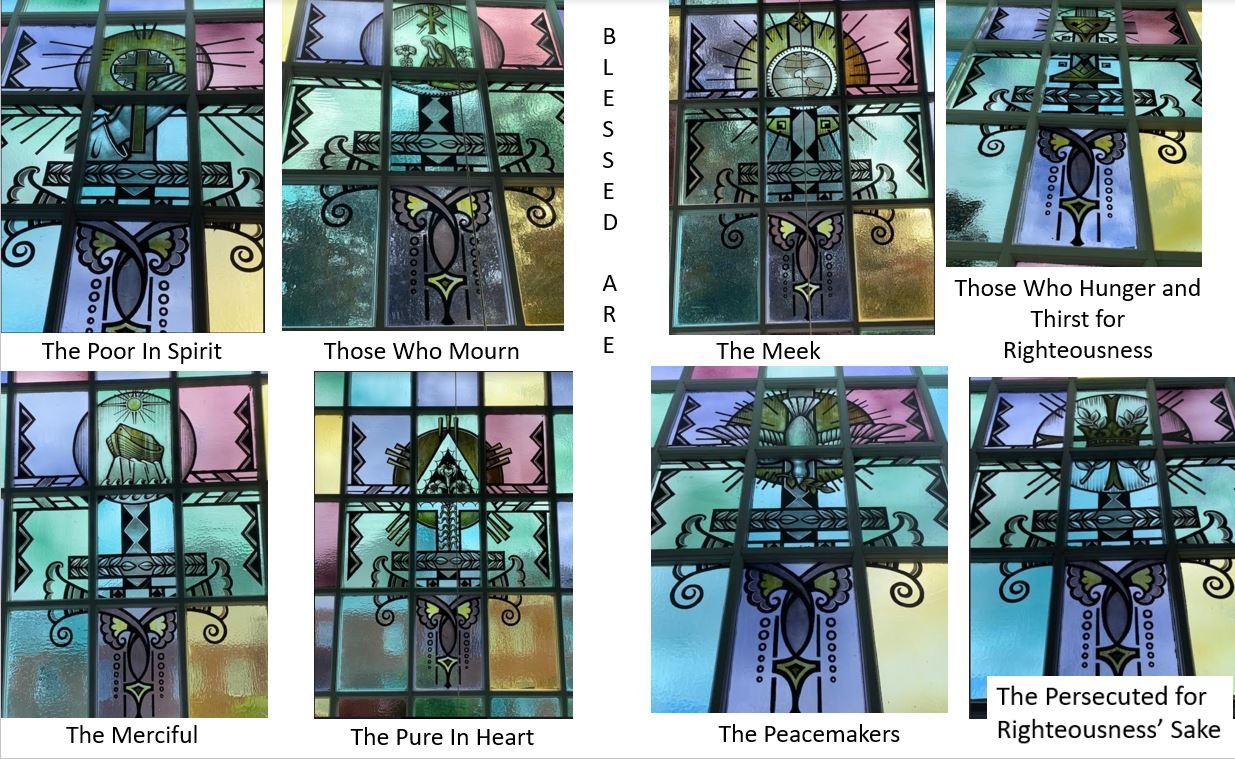 Beneath this iconic steeple you will find a beautiful sanctuary, the West Meditation Chapel, and the Martin Religious Center. This building, located in the middle of the campus, is a symbol reflecting the history of West Virginia Wesleyan College.

The institution opened on September 3,1890. However, those dreams to establish the school began long before that time. In a time when public education was not yet readily available in many parts of West Virginia, many students who wanted to go beyond the eighth grade levels had to go out of state to do so. The Methodist Episcopal Church considered education to be of high importance, and had been making plans for many decades to provide an opportunity for both boys and girls to receive this education without having to leave the state to do so.

At the Annual Conference in 1884, the Committee for Centennial Celebration stated in their report:

"That the erection and endowment of an institution of learning of high grade for both sexes be one of the principal objects of the thank offerings of our people of thie Conference. The location of said institution to be fixed by the Conference at a future session."

The school opened in 1890 as the West Virginia Conference Seminary. The word seminary, however, meant something very different at that time from the way we use it today. It meant a prepatory school. There was also a Normal School Course for teacher training. Here is the very first catalog (https://archive.org/details/westVirginiac18901891west).

The first year of collegiate-level work was added in 1892 and a sophomore level in 1901. 1903 was the year that the board agreed to grant bachelor's degrees. By 1905 the school had grown, and graduated the first class of college graduates. That year, President Wier also succeeded in having the name changed to Wesleyan University of West Virginia, but it did not last through the year. By the commencement in 1906, the name had become the one famiiar to us today: West Virginia Wesleyan College.

Under the leadership of Thomas W. Haught, a West Virginia Wesleyan (1898 graduate of the Seminary) who served the college as the academic dean from 1909-1929, the school was accredited by the North Central Association of Colleges and Secondary Schools in 1927. For more information about Thomas W. Haught's long career at the college, see https://dreamersandgiants.com/bio-haught-thomas-w/.

Dr. Stanley H. Martin (he college's president from 1957-1972) worked to promote the growth of the campus in terms of enrollment numbers and facilities. Constructing numerous buildings that give the campus its current Georgian character.

John D. Rockefeller IV served as the college's president from 1973 to 1976. The future West Virginia governor and US Senator oversaw the construction of the gymnasium and athletic center which now bears his name.