Deer Island is formerly one of Boston's Harbor Islands. However, due to years of beach erosion, a land bridge was formed. The "island" can now be accessed via Tafts Avenue in Winthrop, MA. It has a long and tragic history as an internment camp for Native Americans, a holding area for Irish immigrants, a hospital and almshouse, and a prison. Currently, most of the land is home to a water treatment plant. There are several historic markers telling the island's history. 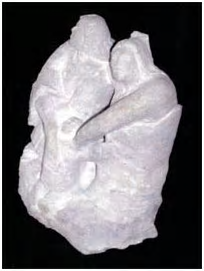 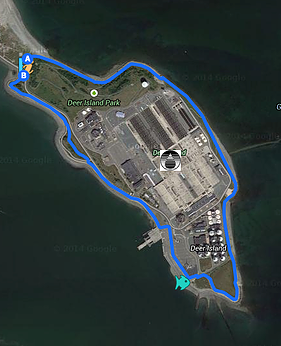 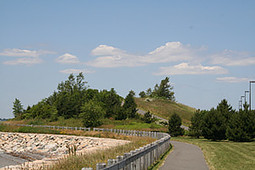 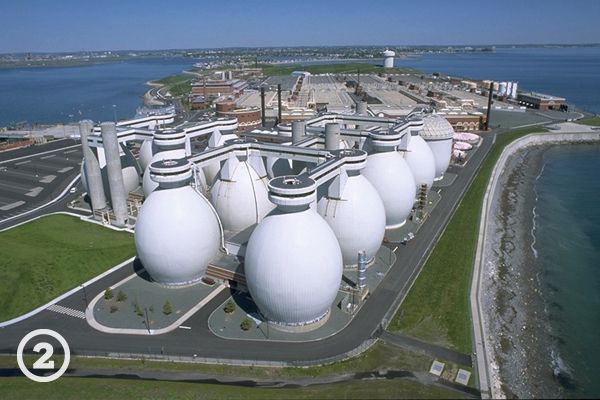 Deer Island is located in the northern area of the Boston Harbor, just east of Logan International Airport.  Today, it can be reached via Route 1A.  It was an island until the great hurricane of 1938, which eroded the beach so much that it created a narrow land bridge to the island.

During King Philip’s War (1675-1676), the island was used as an internment camp for the Native American prisoners.  Although the “Praying Indians” were those that had converted to Christianity and pledged their loyalty to the Crown, the English setters were apprehensive.  They feared that at any moment, these natives may change sides and take up arms against them.   Hundreds of Native Americans were forcibly transported to the island.  Half of them perished from exposure or starvation.  The remaining prisoners were released in May 1676.

Over a hundred years later, Boston realized a new use for the island.  Floods of Irish men, women and children sailed into the port of Boston to escape the devastating potato famine.  Unfortunately, many of the boats that arrived were disease-ridden, filled with the sick and the dying immigrants.  Typhus and cholera claimed the lives of many of the Irish refugees.  Boston re-opened Deer Island and used it as a quarantine station to check out the new residents before they could move into the city.

The newly arrived ships stopped at Deer Island for a quick check by the Port Physician.  Eventually, the immigrants were brought into the city.  Sometimes, it was discovered that those were allowed to move to the city really were sick, or caught the sickness in the interim, and they were transported back to the island for evaluation.  The hospital held several hundred people at a time.  After criticism about the conditions on the island, the city began construction on several more buildings to host additional sick as well as the foreign-born poor and the mentally ill within the city.  Nearly 1,000 people perished on the island during this time and were buried in unmarked graves at the Rest Haven Cemetery.

Years later, in 1882, the island became home to a prison which operated until 1988.  The Deer Island House of Correction, also known as Hill Prison, was an innovative women’s prison.   It was a facility that separated the women from the men and incorporated programs for rehabilitation and education, rather than simply incarcerating them for the length of their punishment.

The first sewage disposal plant was established on Deer Island in the late nineteenth century.  Twenty years ago, the work of hundreds of engineers and thousands of construction workers culminated in the massive wastewater treatment plan that now operates on the island.  It treats pollutants from wastewater from homes and businesses in the Greater Boston area.

Today, the “island” features 60 acres of open space and 5 miles on trails for hiking and bicycling.  Visitors can have a picnic and take in spectacular views of the Boston skyline from across the water.  Guided tours are offered twice a week, on Tuesdays and Fridays.