Firestone High School is one of seven Akron City Public Schools located on the Northwest Side of Akron, Ohio. The school was built in 1963 and named after Harvey Firestone the founder of the Firestone Tire and Rubber Company. The school has been named one of the top 1,000 public schools in America for its various programs. It provides programs such as Advanced Placement and The Akron School for the Arts as well as others. Many well-known figures throughout pop culture and history graduated from Firestone High School which makes it worth the quick visit. Multiple athletes are included in this list as well. Two Olympic medalists as well as the leader of the United States Swim Team are some of the most notable. There are multiple actresses as well as designers and singer/songwriters. One of the most famous names on this list is Judith Resnik. She was one of the astronauts aboard the Space Shuttle Challenger when it exploded on January 28, 1986. She was not only the second Jewish astronaut but also the second woman in space and led the way for other women in the field. An historical marker is placed on Firestone's campus to remember her life as well as dedication and contributions to NASA. Two other names that may seem very familiar right now are Patrick Carney and Dan Auerbach also known as the Black Keys. The duo graduated in the late 1990s and began performing in various bars throughout the Akron area. After the release of multiple albums they have won seven Grammy awards and an MTV Video Music Award as well as nominations for many others. It is worth a quick stop to look at the historical marker dedicated to Judith Resnik as well as the grounds many other celebrities and noteworthy people spent their days in high school. It is also just minutes from the downtown Akron area. 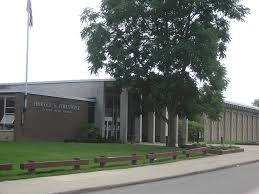