The San Diego California Temple is the 45th operating temple of the Church of Jesus Christ of Latter-Day Saints, and one of California's seven temples. This temple is one the church's most easily recognizable temples outside of Utah; known by many nonmembers as the "Ice Palace." This temple, due to its popularity, is often featured by the church. The temple was announced by the then Prophet-President of the LDS church, Spencer W. Kimball, in 1984. Grounds was broken in 1988 by LDS Prophet Ezra Taft Benson, and dedicated in 1993 by LDS Prophet Gordon B. Hinckley. Although there is no visitor center at the temple, visitors can learn more about this temple the Mormon Battalion Museum in San Diego.

The San Diego Temple as it looks today 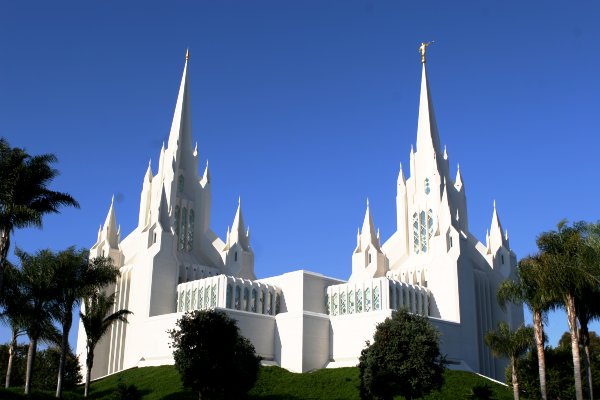 The temple at night 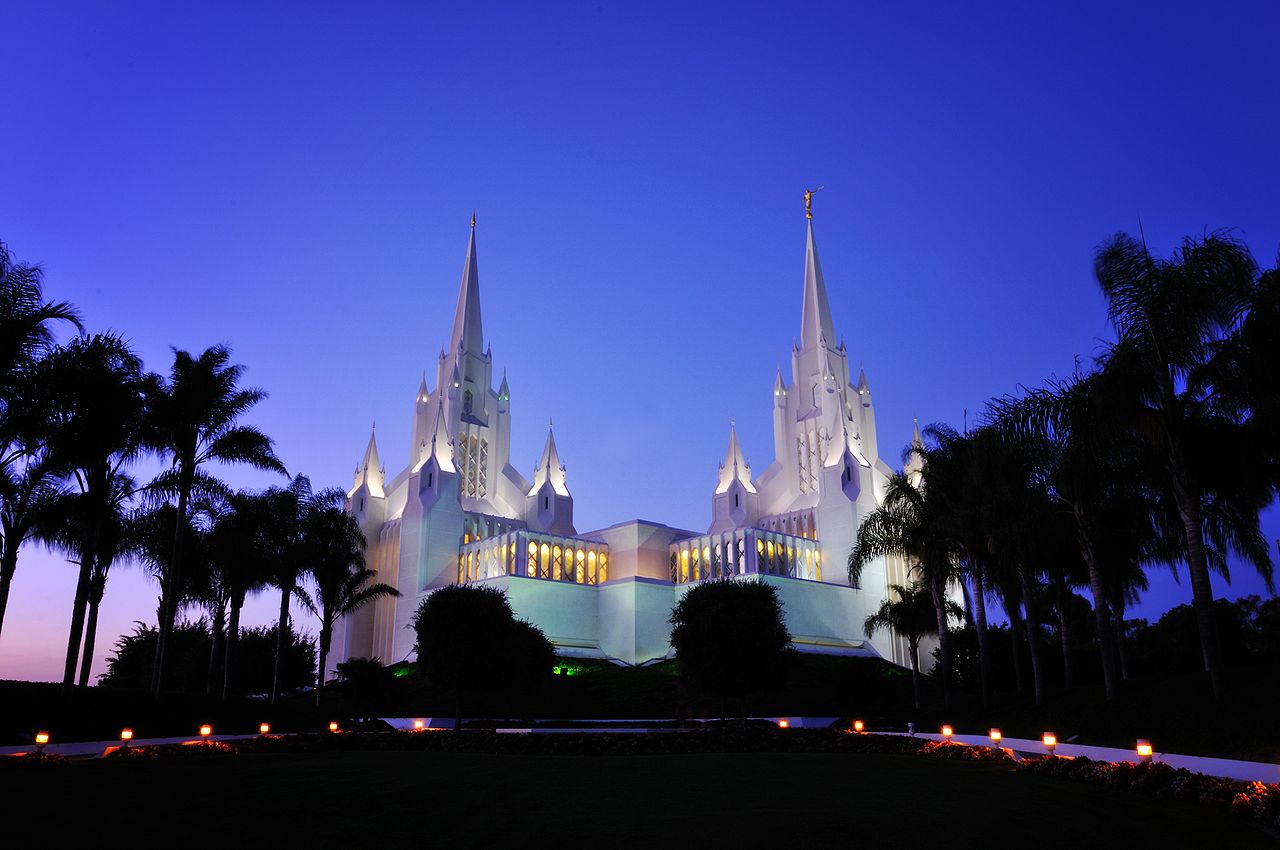 Ariel view of the back of the temple 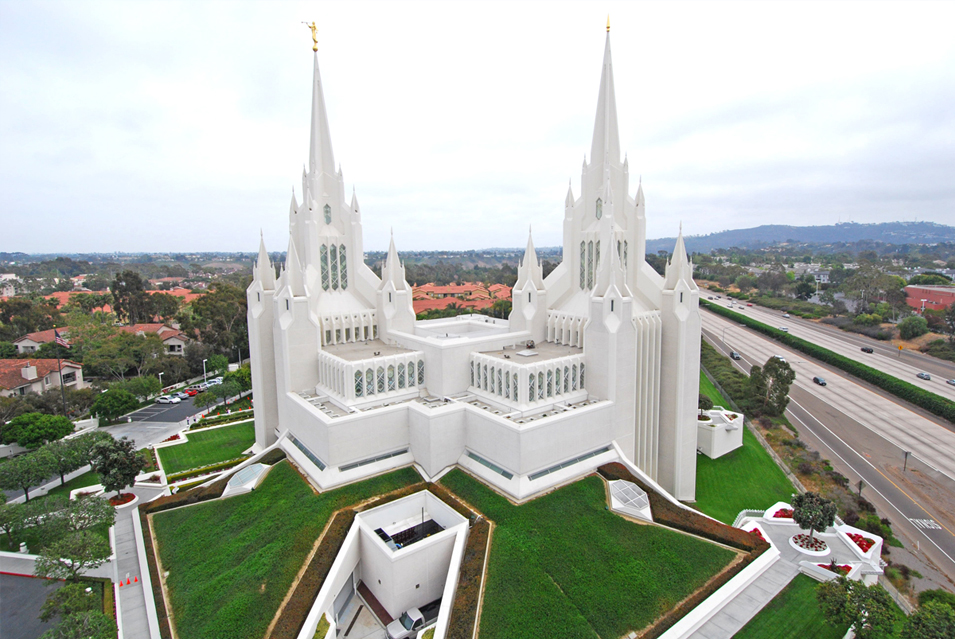 Aerial view of the top of the temple 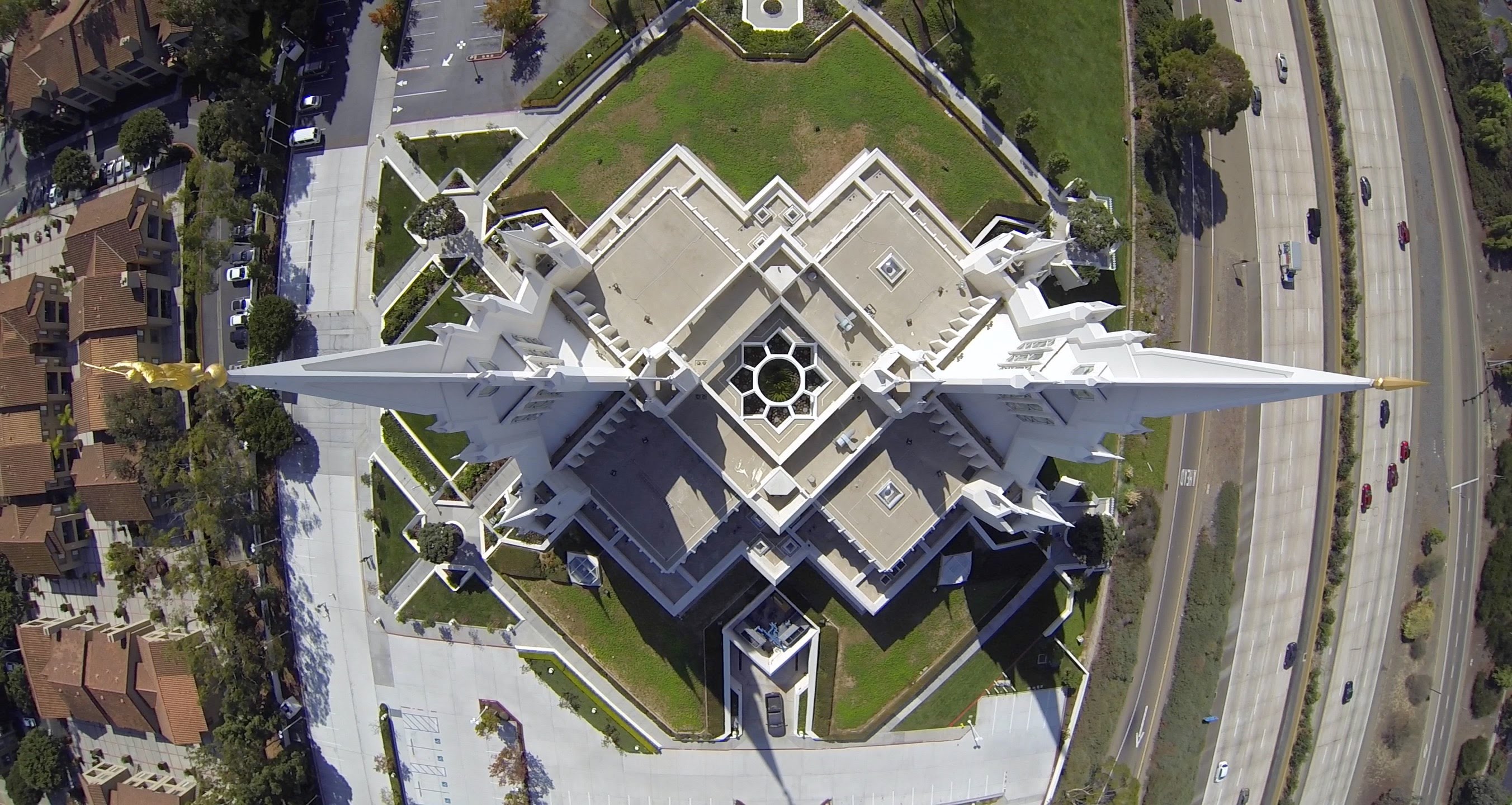 One of the temple's sealing room 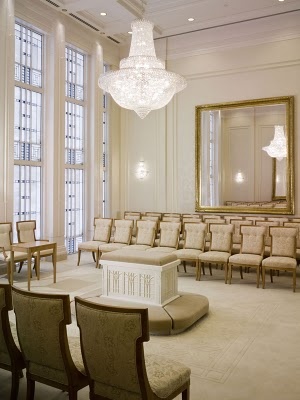 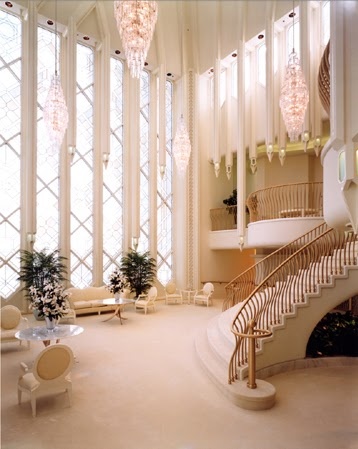 The San Diego California Temple is the 47th constructed and 45th operating temple of The Church of Jesus Christ of Latter-day Saints (LDS Church). Located near the La Jolla community of San Diego, it was built with two main spires, but unique to this temple are four smaller spires at the base of each main spire. The East spire is topped with the familiar Angel Moroni statue which adorns most LDS temples.

The exterior finish is marble chips in stucco, giving the building a white glow. Located just off Interstate 5, the temple is a major landmark when traveling the highway to or from San Diego. The temple is brightly illuminated making it even more noticeable at night. Although there is no visitors' center, the church maintains the Mormon Battalion Historic Site in Old Town, San Diego.