Tucson's Amtrak station was built in the Spanish Revival style by the Southern Pacific Railroad in 1907. This building replaced a wooden structure that had served the public since the railroad's arrival in 1880. After a major renovation by the City of Tucson after it purchased the station complex in 1998, the depot, in addition to its rail functions, now offers office, restaurant, and retail space and houses the Southern Arizona Transportation Museum. 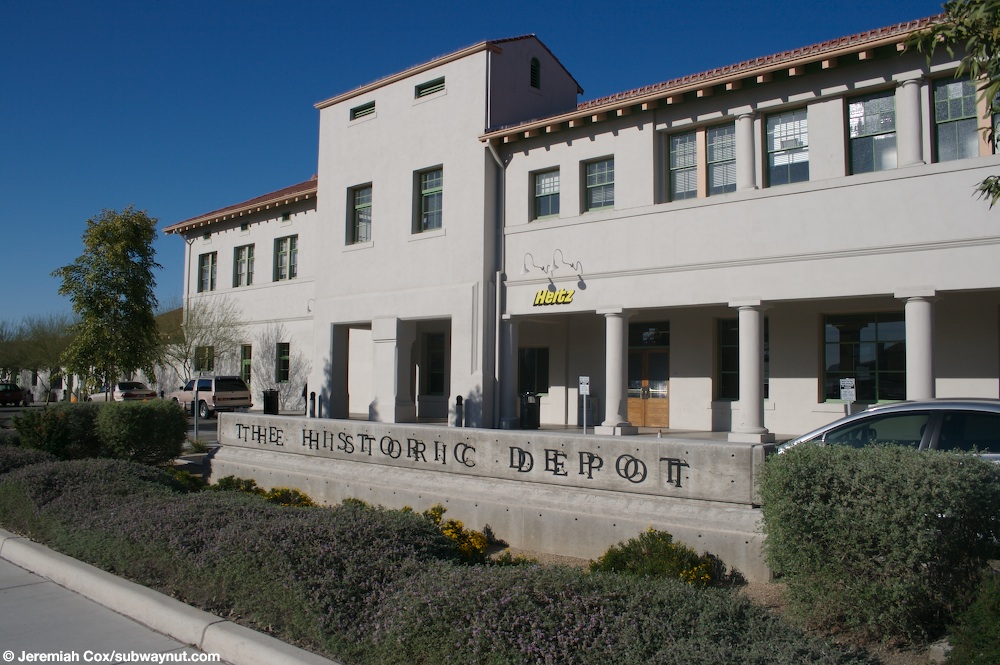 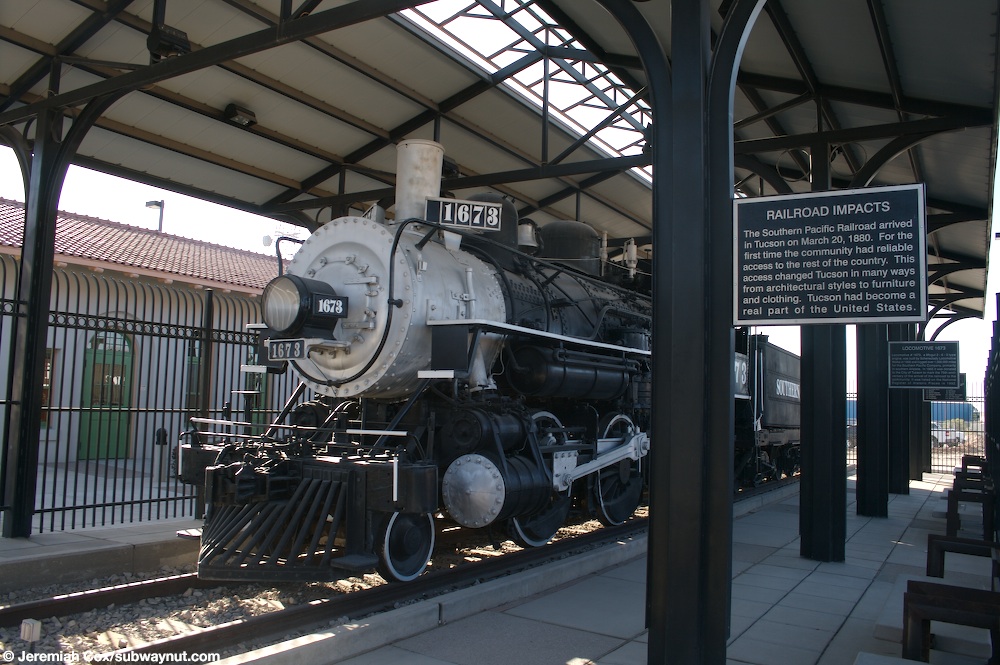 Interior of the Southwest Transportation Museum. 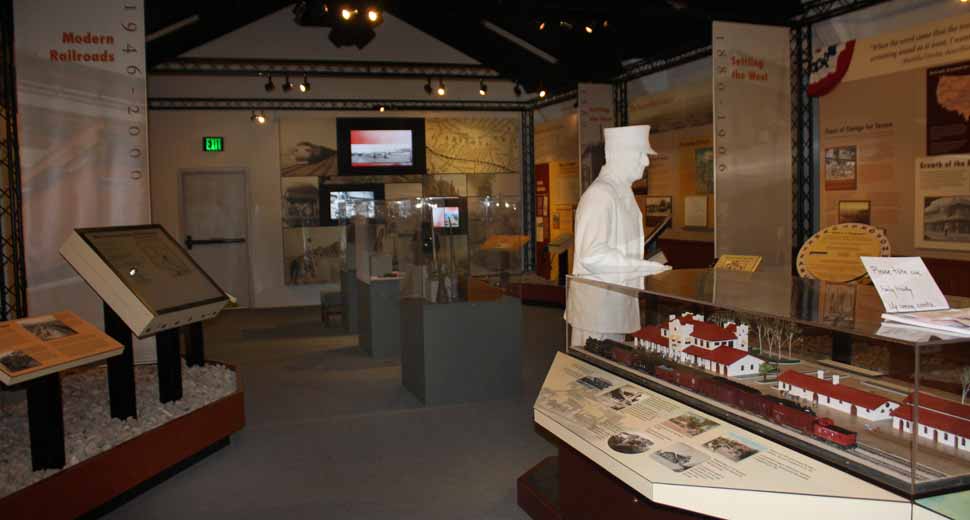 Exterior view of the Depot. 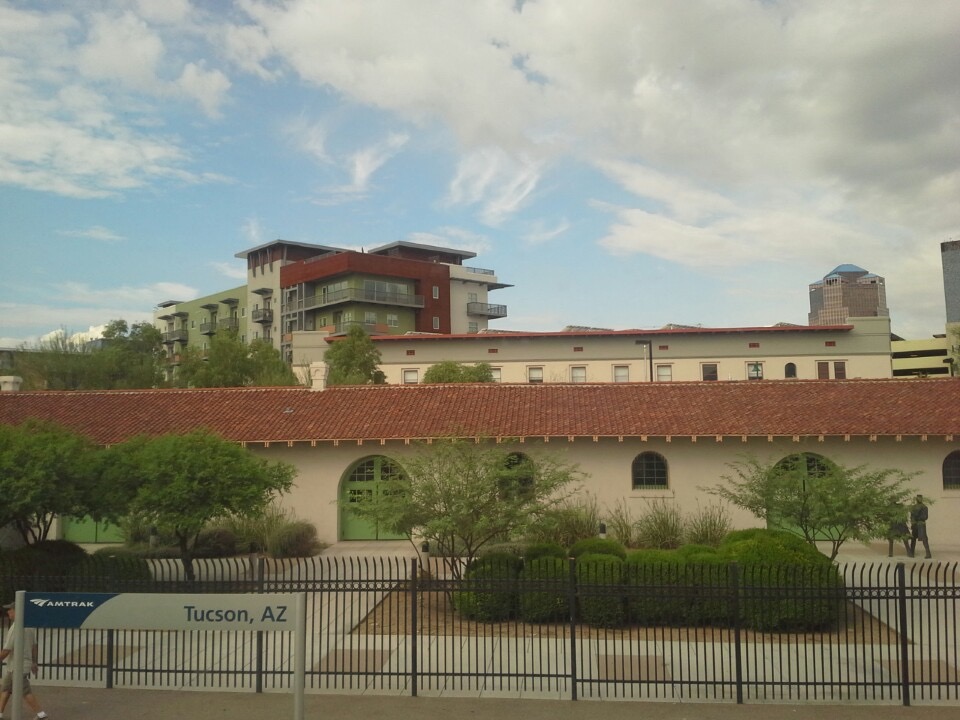 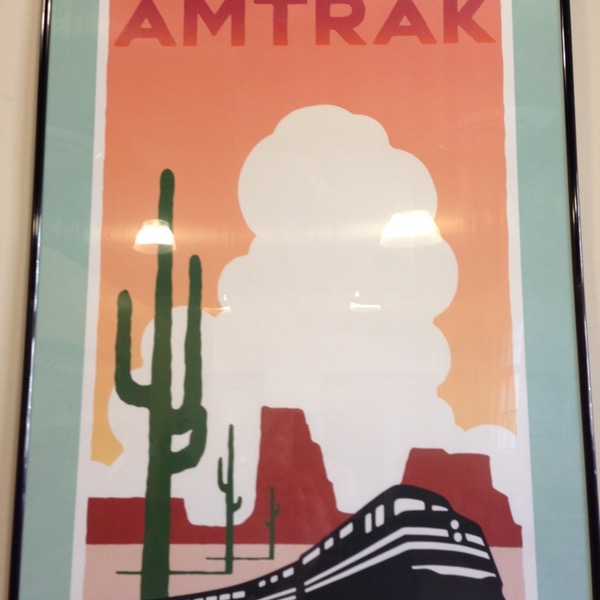 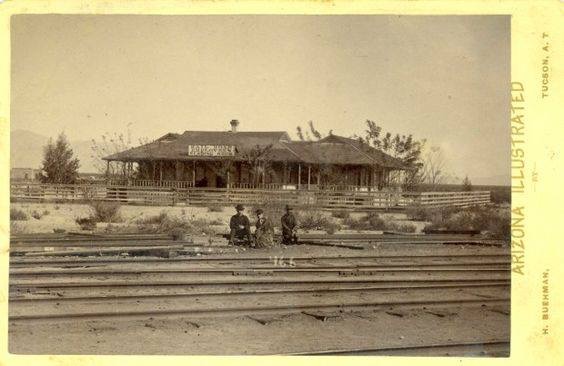 The Tucson depot is today the pride of downtown. Originally designed in 1907 by Southern Pacific Railway (SP) staff architect Daniel Patterson and staff engineer J.D. Wallace, the original brick structure was in the Spanish Revival style then so popular throughout the southwest. The building, costing $665,000, featured a center portion with a hipped red tile roof flanked by two end towers that framed the entire composition. The windows of each tower displayed elaborate ornamentation in the Churrigueresque style, marked by expressive, sculptural detailing generally associated with Spanish architecture of the 17th and 18th centuries. A circular drive allowed visitors to pull up to the front entrance to pick up and drop off friends and family who could linger underneath the shade of the front arcade.

In 1941, the Southern Pacific decided to enlarge and modernize the facility. The renovation increased the square footage by one-third, extending the arcade and allowing passengers to access tracks through tunnels. At this time, the façade received an Art Moderne update, and was accordingly stripped of its Churrigueresque decoration in favor of a more streamlined aesthetic. The main waiting room is decorated with colorful blue and yellow tiles and handsome wooden benches. It was this version of the depot that the Duke and Duchess of Windsor experienced when they visited Tucson in 1959.

Although quite beautiful and impressive, the 1907 depot was actually the second on the site. When the Southern Pacific Railroad arrived from Yuma in 1880, the company built a wooden station with deep eaves and windows featuring colorful awnings; President McKinley stopped here in 1900. This building was replaced because passenger and freight traffic outgrew the space.

The 1907 station complex was sold to the city of Tucson in 1998 by the Union Pacific Railroad for $2.1 million dollars. With the decline of passenger rail travel after World War II, the depot had fallen into poor condition. The Mayor and City Council appointed a task force to develop a master plan for the area; it was decided to renovate the buildings to the 1941 period. Upon completion of the $2.8 million renovation, the depot now offers office, restaurant, and retail space in addition to its rail functions.

In the depot’s former records vault, one may find the Southern Arizona Transportation Museum, opened in 2005 with generous funding from city, county, federal, and private funding sources, including a Federal Transportation Enhancement grant. The museum tells the story of Tucson’s fascinating rail heritage. Near the museum one may also admire Southern Pacific Steam Locomotive #1673, which played a starring role in the 1954 film “Oklahoma.” A ten year restoration and fund raising effort finally saw the dedication of the locomotive at the restored depot in 2002. (5)