Ingles Farm is a 313-acre parcel along the New River in Radford, Virginia. It was settled by William Ingles and his wife Mary in 1776. Mary Ingles is known for being abducted by Shawnee Indians and taken far into the frontier wilderness before escaping; her perilous journey home took over 40 days through unforgiving terrain. A replica of the log cabin they lived in was constructed in the early 2000s and the original Ingles Tavern still resides on the farm. The Ingles Tavern provided lodging for migrants during the westward expansion, including a regular Daniel Boone. William ran the Ingles Ferry, which gave passage across the New River to hundreds of thousands traveling the Wilderness Road. 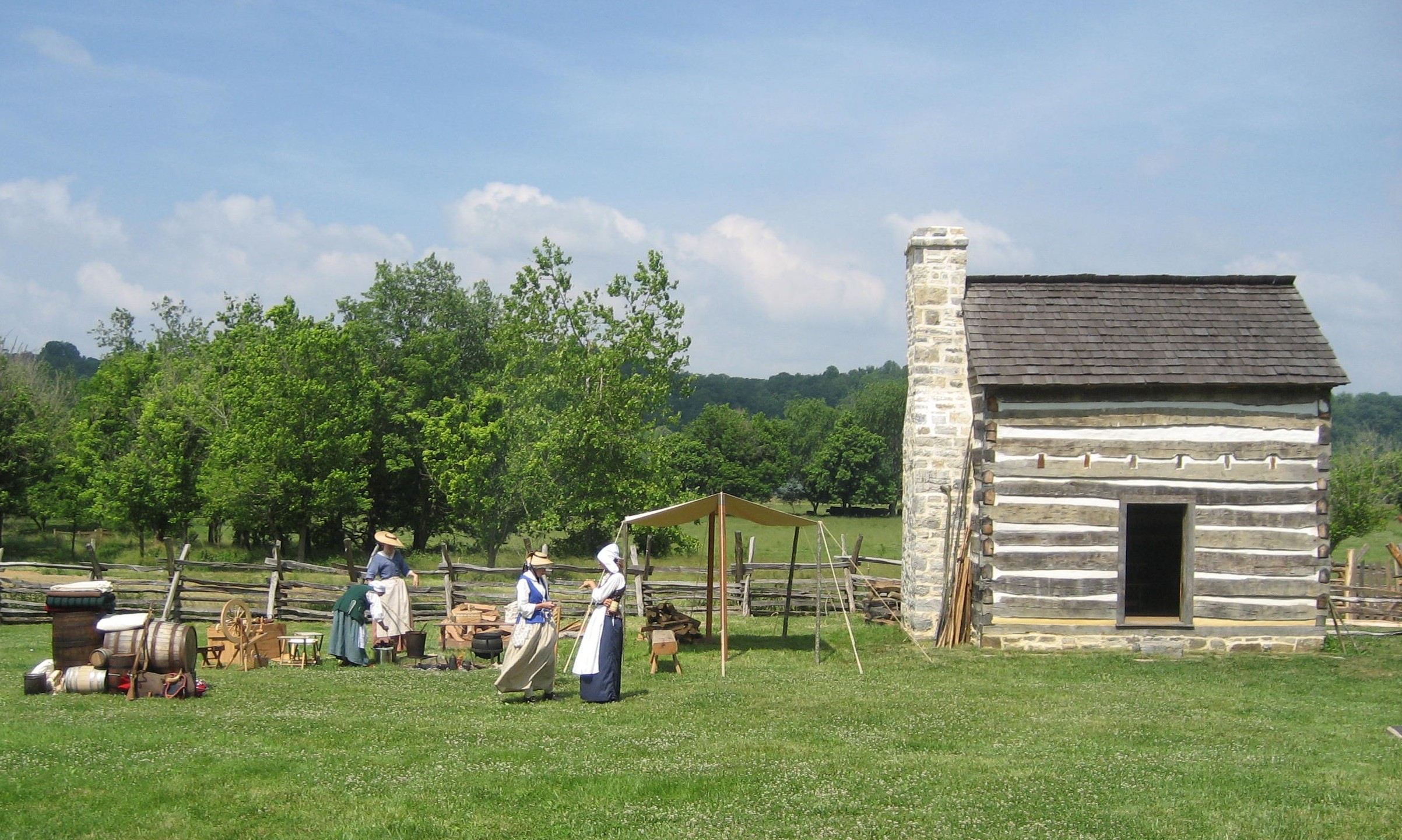 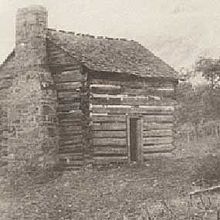 The Ingles Tavern "ingles_01" via: VirginiaOutdoorsFoundation 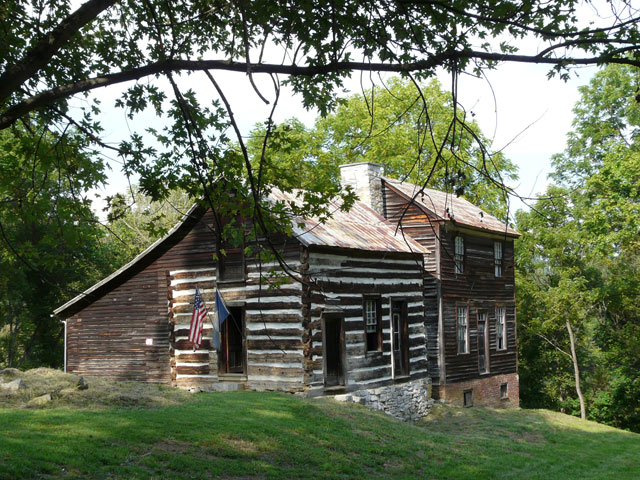 Ingles Ferry "Photo_9565" via: “Then & Now: Radford” by Scott L. Gardner and the Radford Public Library. 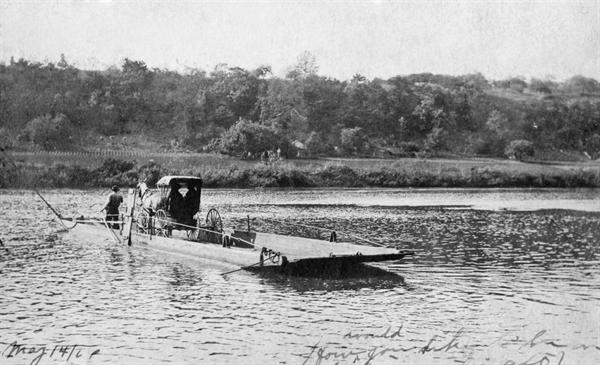 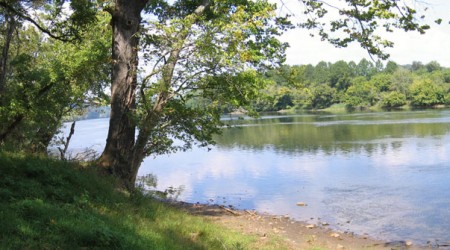 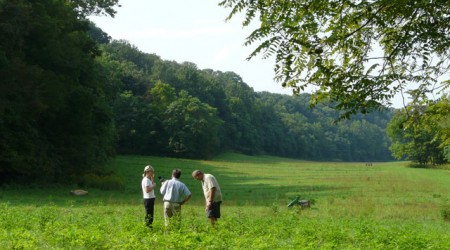 William Ingles married Mary Draper in 1750, settling a tract along the New River that is today Blacksburg, Virginia; but then it was known as Draper’s Meadow. The Drapers and Ingles were among the first settlers to move west of the Alleghenies, at a time when colonies were few and far between. Draper’s Meadow was situated a few miles away from a primary route traveled by Shawnee Indians to and from their raids on Southern-Indian tribes. For years they were civil toward one another and there were no conflicts; however, relations between the French and Native Americans were worsening, for what is today referred to as the French and Indian War, or the Seven Years’ War by the English, and that would soon change.

In July of 1755, while William and Mary’s brother, John, were out in the field, a band of Shawnee Indians overran Draper’s Meadow, raiding, plundering, and murdering. The event is known today as the Draper’s Meadow Massacre, in which most of the inhabitants did not survive, including Mary’s mother, baby niece, and neighbors. William and John heard screams and ran to investigate. Unarmed, the men narrowly escaped a couple of Indians who noticed them and rushed them into the forest where they evaded capture. 23-year-old Mary Ingles, her sister-in-law Betty Draper, and Mary’s two boys, Thomas (4) and George (2), were taken hostage with the intent of holding them ransom. Some narratives illustrate that Mary was nine months pregnant and gave birth a few days after being abducted, however, Mary never learned how to write, therefore all biographies of Mary Ingles’s life are recounts of the stories she told to various people throughout her long life.

Although she hadn't been taught to read or write at the time, Mary Ingles was a cultured and resourceful woman, already making mental notes of her surroundings and how long she was traveling whilst gaining the respect of her captors. The same was not so for her fellow captives, who were subject to brutal rituals. Upon the arrival of a Shawnee town, Mary Ingles was unexpectedly torn away from her two boys, as they were all allocated different owners in different villages. Mary was taken some 150 miles further west (south of present day Cincinnati) to a Shawnee settlement where she was regarded for her needlework, but life with the Shawnee was uncivilized and often barbaric for abductees, and Mary Ingles was not content being a slave.

She convinced an old, unnamed Dutch woman who had been nabbed from a neighboring settlement, that it would be better to take their chances finding their way home rather than living short miserable lives as captives. One afternoon, the two nonchalantly walked out of the Indian camp, and kept walking. They avoided recapture, but to steer clear of the Indian trails meant they had to trek through thick underbrush, scale 1,500 foot cliffs, and cross many streams (a maneuver itself that added many days for the sake of finding an area they could wade across). Beginning in mid October, the treacherous journey home took over a month. Having only wild herbage to eat, the old Dutch woman is said to have attacked Mary twice trying to eat her. With minimal tattered clothing to wrap their feet on their over 800 mile footslog through the Kentucky, Ohio, West Virginia, and Virginia wilderness, Mary reached the land of her neighbor and friend on the forty-second day of her journey home late that November. She was not in good shape, but she was alive.

Mary Ingles was reunited with her husband, William, who had been searching for his family since they were captured five months earlier. Their son, George, died a few days after being separated from his mom. Thomas, on the other hand, assimilated profoundly; they were, however, able to eventually reclaim and reintegrate him into his natal culture. The family resettled in 1776, buying up thousands of acres in the New River Valley that would become a fair portion of present day Radford, Virginia. Their land, Ingles Farm, would become well known as the Ingles Tavern and Ingles Ferry among colonists traveling the Wilderness Road  to Kentucky during the westward expansion. The tavern, built in 1772, was one of few sanctuaries for those migrants; where they could find a relatively nice meal and place to rest. The ferry William built carried hundreds of thousands of settlers across the New River and remained in operation for nearly two hundred years. The original tavern, though dilapidated, still remains on the property’s 313+ acres. A replica of the one room log cabin Mary Ingles lived out the rest of her years in was erected in the early 2000’s. The land is still a working farm and is owned by direct descendants of Mary Ingles. You can visit Ingles farm on select weekends throughout the spring and summer months, and it may also be reserved for special events.

Despite the hardships Mary Ingles faced with the Indians, she died in February of 1815 at the age of 83 (during an era in which the average American lifespan was about 38); Mary Draper Ingles was relentless and formidable. She has been the inspiration of numerous publications and has many landmarks dedicated to her. A trail that marks the footpath she traveled is also being constructed in her honor.