Magnolia Grange, named after the magnolia trees that used to surround the property, was constructed in 1823 by William Winfree in the Federal Style and would remain in the family until 1845. After passing through several hands, the house would be acquired by Stephen DuVal in 1861. Two more people would own it before it came into the possession of Emma Cogbill in 1881. The Cogbill family would retain ownership of the house until 1969. It was added to the National Register of Historic Places in 1980. 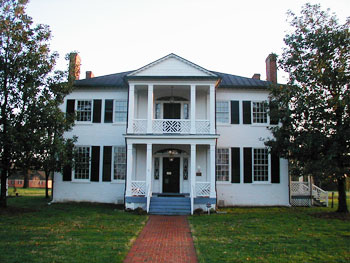 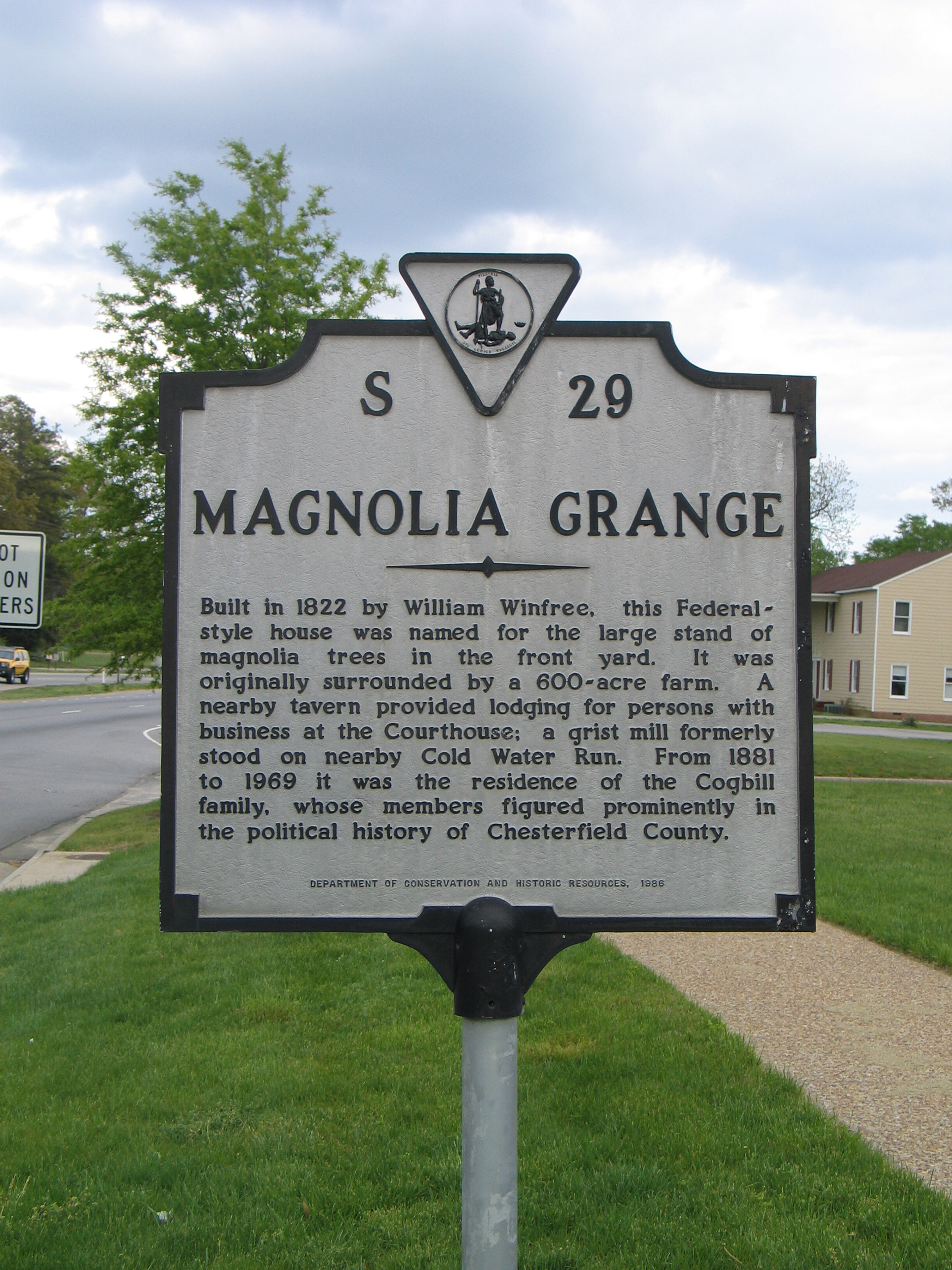 Magnolia Grange was constructed in 1823 by William Winfree in the Federal Style. At the time, the Winfree family was one of the more prominent living in Chesterfield county. The house would only remain in the family for nearly twenty years before it was passed through a series of different hands.

In 1861, the property would be purchased by Stephen DuVal. While DuVal did not make any additions to the house itself, he did build a tavern on the property, though it is no longer there. Like William Winfree, DuVal would not hold it for long before selling. In 1881, Magnolia Grange was bought by Emma Cogbill. Unlike her predecessors, her family would retain ownership of the property until 1969.

The name "Magnolia Grange" comes from the magnolia trees and boxwood gardens that used to surround the property. Both were destroyed during the Civil War. Magnolia Grange is notable in that it was one of the only brick houses in the county as of the time of its construction. It was added to the National Register of Historic Places in 1980.