Chatham Manor and Plantation, built in 1771 and located off of the Rappahannock River, was once a active plantation worked by over one hundred slaves. This plantation shifted from agriculture to military affairs during the Civil War, becoming an Army headquarters and hospital throughout the conflict. Due to Fredericksburg's centrality to the major battles in eastern Virginia, surgeons and nurses at the plantation's manor treated hundreds of Union and Confederate soldiers that were seriously wounded. This manor was the surgical station for many influential doctors, nurses, and surgeons, including Clara Barton who helped establish the American Red Cross. Walt Whitman worked as a nurse at Chatham, among other hospitals, and his recollections of the war continue to serve as a reminder of the conditions faced by soldiers and medical staff throughout the war. Today Chatham is a museum and open to the public. 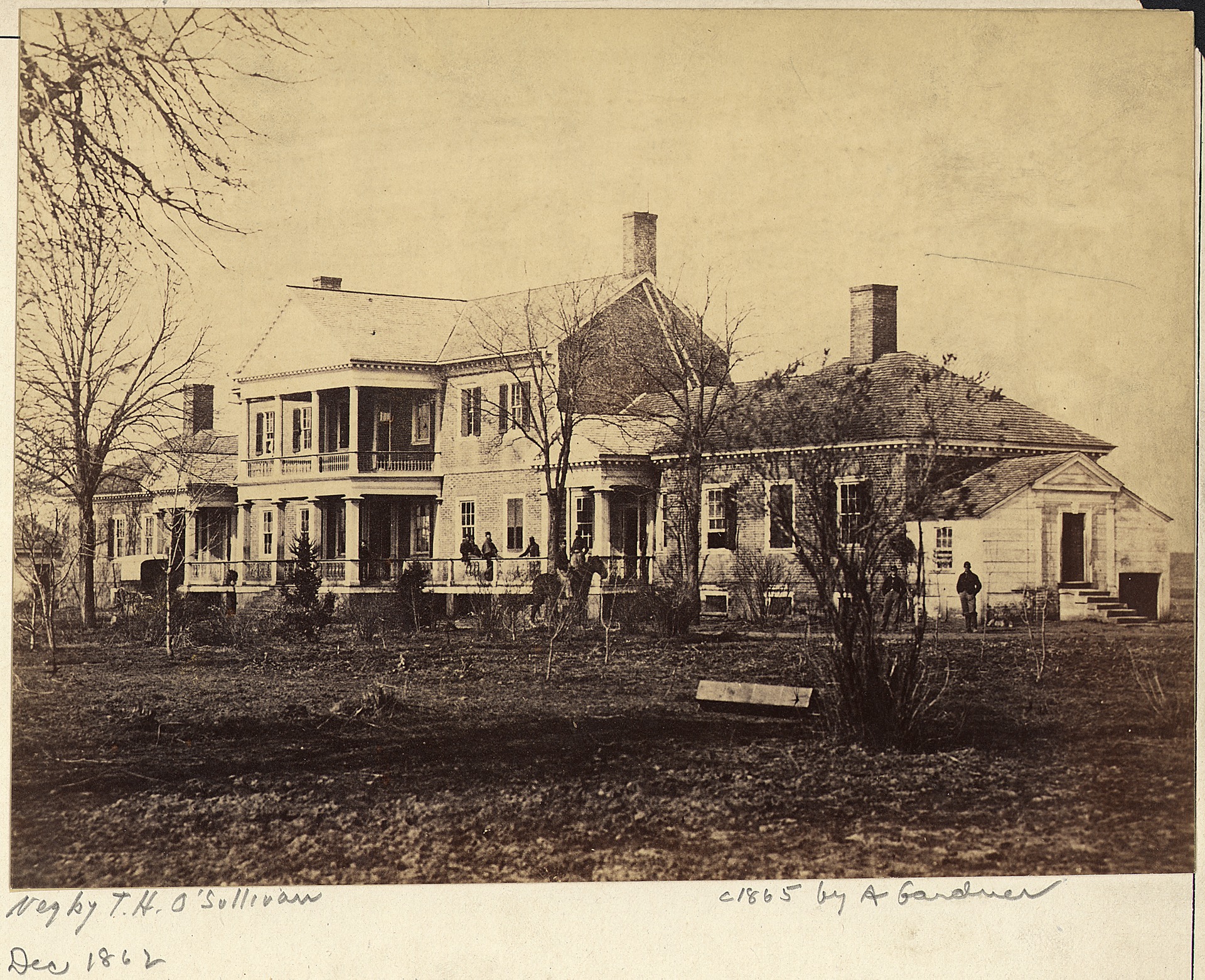 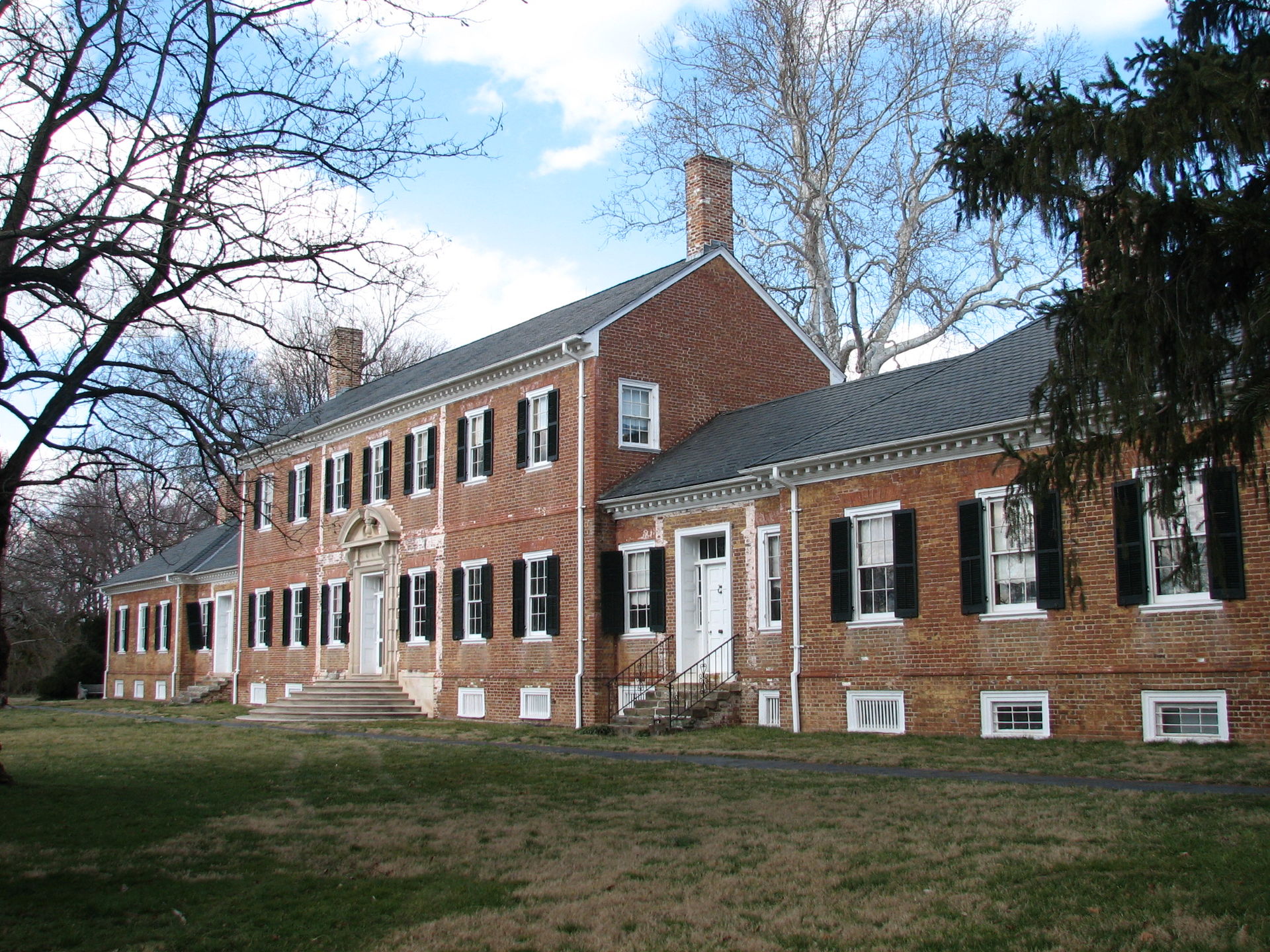 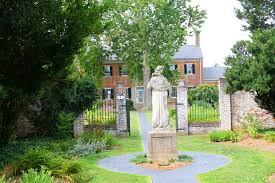 The Chatham Manor, also known as the Lacy House during much of the Civil War, was built in 1771 by William Fitzhugh. The Georgian-Style plantation home had livestock and several grain fields that were farmed by slaves. Chatham is located on a large hill, overlooking Fredericksburg, Virginia, on the banks of the Rappahannock River. It passed through a number of owners before finally coming into the possesion of James Horace Lacy, who lived there with his wife and five children.

At the start of the Civil War, the family was moved to a safer part of Virginia, while Mr. Lacy joined the Confederate forces as a Major. In 1862, Chatham was occupied by Union forces and used as a headquarters for General Irvin McDowell and General Ambrose E. Burnside; it was also visited by President Abraham Lincoln and Secretary of War Edwin Stanton. While many prominent leaders of the Civil War walked the halls of Chatham, the most important visitors were the wounded soldiers of the war.

Due to its central location to many battlefields of the war, Chatham housed hundreds of severely wounded soldiers. Volunteer doctors and surgeons worked many tireless hours to ease the pain of dying soldiers. Two of the most famous volunteers were Clara Barton and Walt Whitman. Barton stated that “…men were crowded into the Lacy House which contained but twelve rooms. They covered every foot of the floors and porticos and even lay on the stair landings!”

By the end of the war, Chatham had been significantly damaged. The Lacy family, unable to manage the property, sold it in 1872. In the 1920s, the manor came into the possession of General Daniel Bradford Devore, who renovated the home and restored it to its former grandeur. The last private owner of plantation was John Lee Pratt, who donated it to the National Park Service upon his death in 1975. Today Chatham Plantation is open to the public as a museum, and also serves as the headquarters for the Fredericksburg and Spotsylvania National Military Park.