Camp Davis was an Army artillery training center during World War II. The military began construction of the camp in December of 1940. At that time, the town of Holly Ridge, North Carolina has a population of only 28 people. Camp Davis was used as an Army coast artillery training center and hosted anti-aircraft and seacoast defense training throughout the war. The base was named in honor of Stateville North Carolina native and World War I officer General Richmond P. Davis. 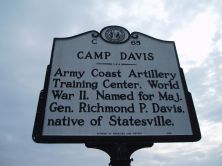 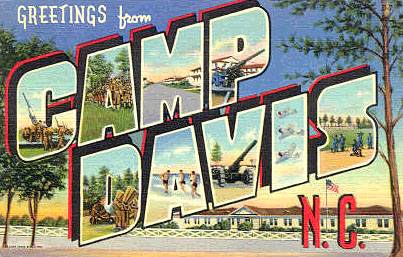 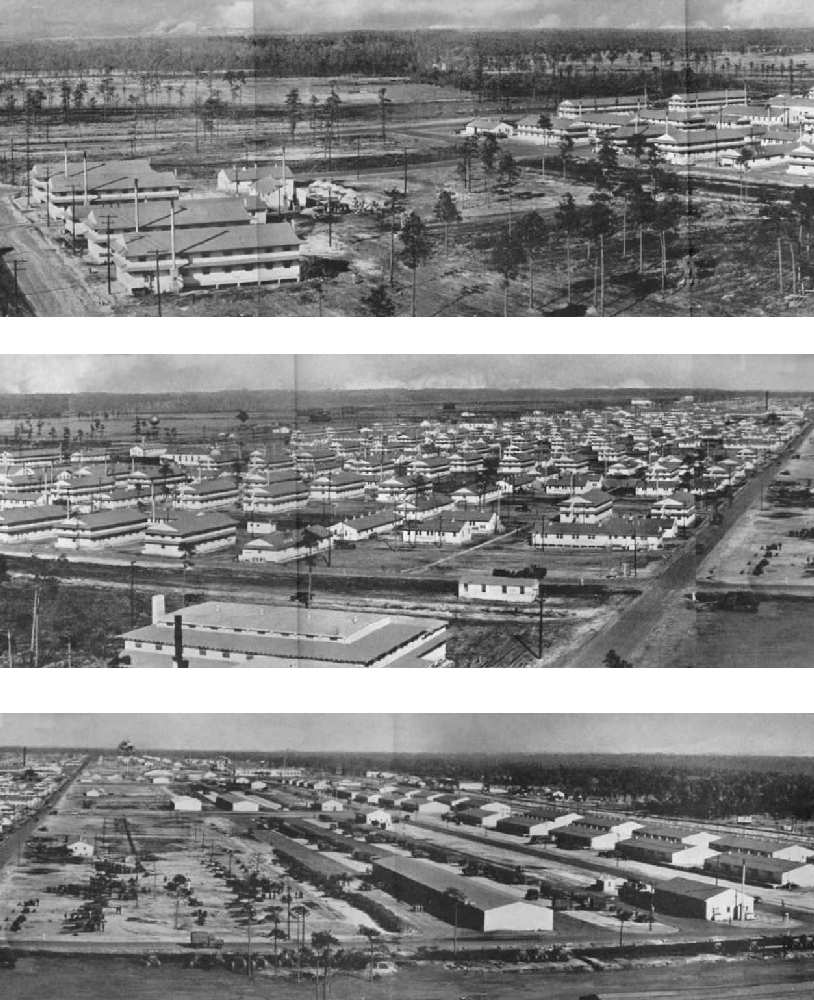 Camp Davis grew to include 978 buildings and an airfield with 5000-foot runways. The small town of Holly Ridge increased its population from 28 in 1940 to 110,000 in 1943. Star News described Camp Davis as a miniature city, and the presence of the military allowed Holly Ridge to grow as well.

Camp Davis had all three principal elements of coastal artillery training including anti-aircraft, seacoast defense, and barrage balloon training centers. Camp Davis also had an Officers Candidate School, its own newspaper titled the AA Barrage, and its own athletic program. The athletic program even included its own football team titled the “Blue Brigade,” who defeated Wake Forest College’s varsity football team on September 25th, 1944. In March of 1944, Camp Davis even acted as a prison for a small number of German Prisoners of war.

Camp Davis was ordered to close by the Army on September 2nd, 1944. According to Star News, before Camp Davis could be dismantled, it was converted into an Army Air Force redistribution center until July of 1945. In June of 1946, the U.S. Navy took over the facilities where it ran tests on its ram-jets. The temporary buildings and other facilities erected at Camp Davis was mostly dismantled by 1948. Today there are little traces of the World War II base, however the runways remain and they have been used for military training.