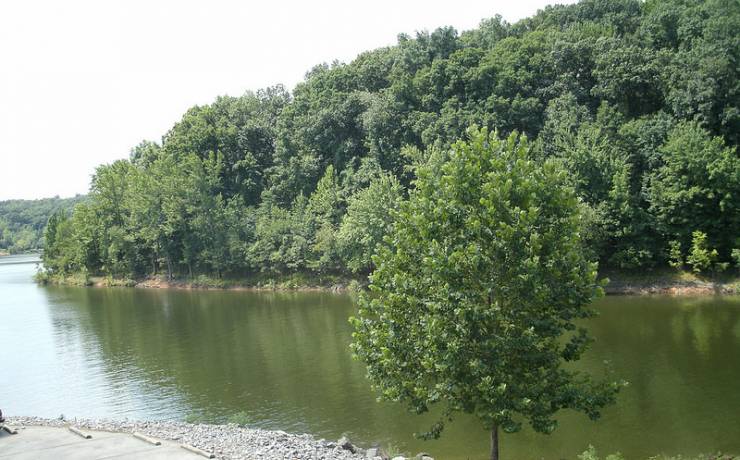 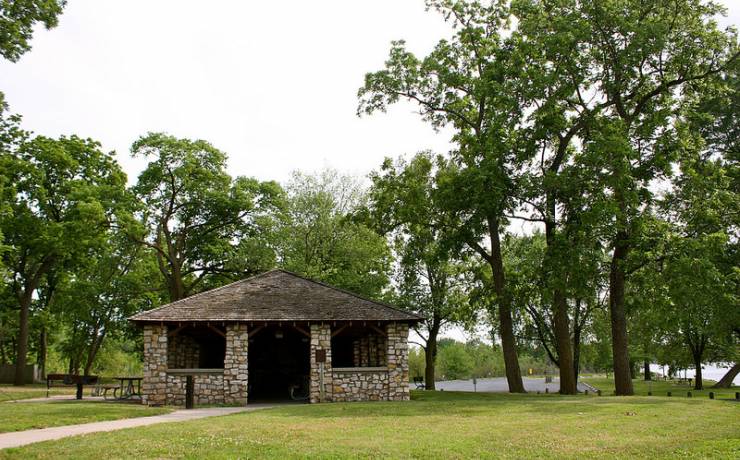 Compass rosette acting as a memoir of Lewis and Clark 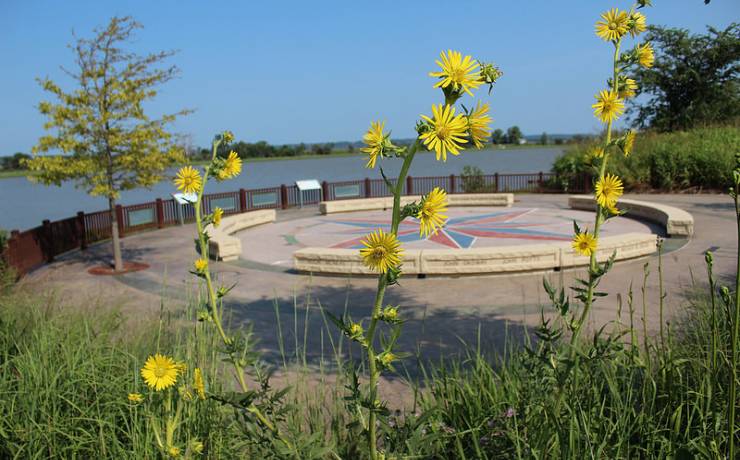 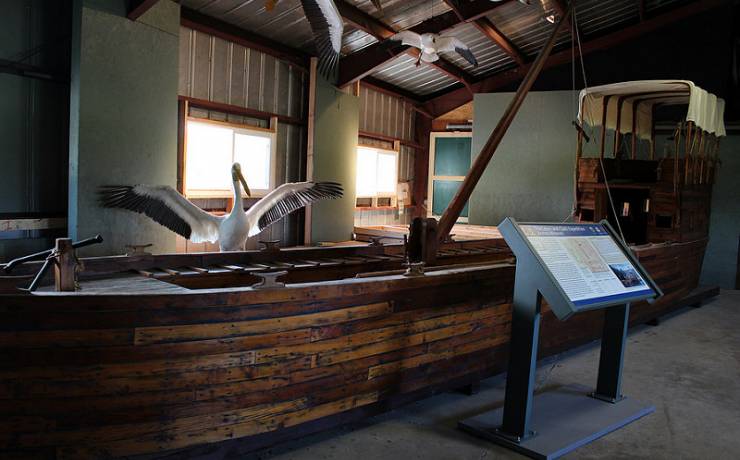 The Lewis and Clark State park is named after explorers Meriwether Lewis and William Clark. These men explored Western lands of America in 1804, using the Missouri River as their guide. Their expedition endured for twenty-eight months with around forty other explorers with the same adventurous mindset. It is documented that Lewis and Clark's team of explorers witnessed an abundance of wildlife, including "goslings" and buffalo.
Transformed later into the Lewis and Clark State Park, Missouri officials purchased land adjacent to the Lewis and Clark Lake in 1934. During this time period, the park's lake was entitled, "Sugar Lake", but it was later renamed as the "Lewis and Clark Lake", since they found it during their expedition. The park was designed by the Civilian Conservation Corps in the 1930s.
The Lewis and Clark State Park features many historical accounts and tourist attractions. For instance, the addition of the compass rosette acted as a memoir for Lewis and Clark's efforts of discovery. The park also hosts a Lewis and Clark Bicentennial Plaza, which was added to the park in 2006. Also, the park features a picnic shelter made from stone that was an architectural effort of the CCC. The Lewis and Clark State Park is one of the few parks along Highway 99 that still hosts older trees, such as red cedar trees.
The park is also home to a number of tourist amenities. These include 189 acres of land free for exploration of tourists that allow for a remembrance of Lewis and Clark's exploratory efforts. Guests to this park are given the opportunity to picnic, fish, and explore the playground. A lodge is located in the park, which is called the, "Lewis and Clark Environmental Learning Center".  A campground is also available on park grounds, as well as many opportunities to take a tour of the park.