The Biggs Armory, built in 1912, was the first armory in the city of Huntington. A private building rented by the West Virginia National Guard prior in its first decade of use, the facility became the first state-owned armory in West Virginia when the state purchased the building from its original owner in 1921. The building served as a place for training reserve troops but was also an important building for the city as it hosted meetings, dances, and a variety of other events. Following the completion of a new armory in 1949, this building was sold to a local oil company and later demolished.

The Biggs Armory was located where People's Bank is currently located. This photo of the armory was featured on a 1914 postcard. Picture courtesy of James E. Casto, The Herald-Dispatch. 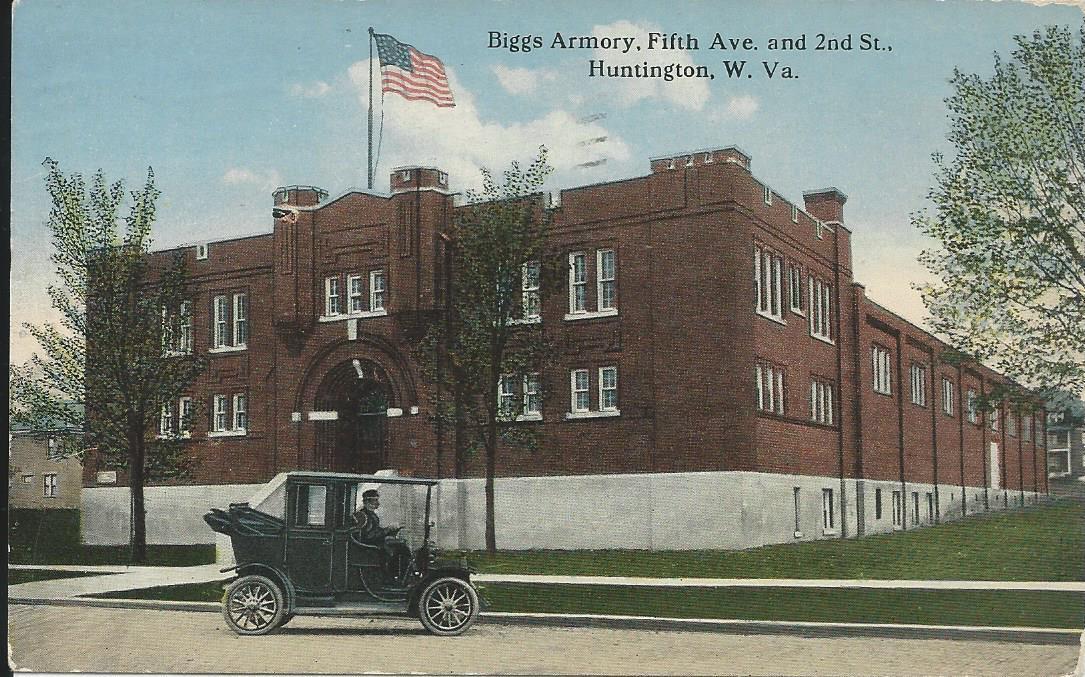 The historical location of Biggs Armory can be viewed on a US Topographic Map in the Huntington, WV US Topo Map quadrant. 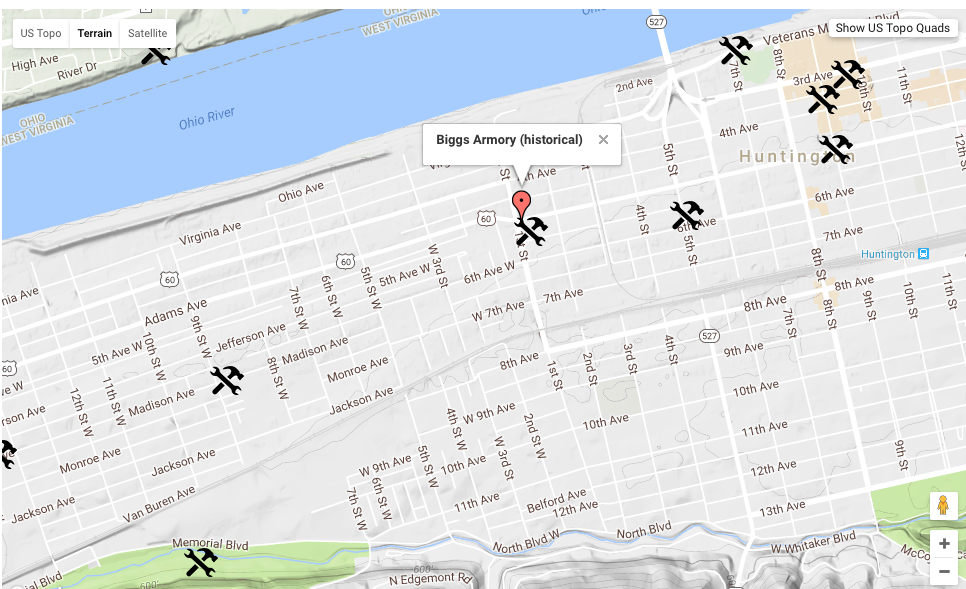 Huntington businessman G.N. Biggs agreed to build and lease a large brick structure to Lieutenant Colonel (and local attorney) George S. Wallace in 1912. Biggs built the structure with a prior understanding that it would be used by the three West Virginia National Guard (WVNG) units in Huntington. The building was known as The Biggs Armory after its owner, even after he later sold the property to the state.

Before the building was complete, construction faced a major hurdle. Biggs planned to spend $18,000 on the building, but during construction, it became apparent this sum would not be sufficient. Lieutenant Colonel Wallace intervened, helping Biggs to secure $5000 from the Chamber of Commerce. The Chamber supported the project because they hoped to promote Huntington's growth and because they recognized a large structure would be needed as the city had been selected to host both the 1912 Democratic and Republican state conventions,

With the additional funds, The Biggs Armory was completed and became the first armory in the city of Huntington. The WVNG rented the building from the time it was completed (1912) until 1921, when it became the first state-owned armory in West Virginia.While it was standing, the building was more than an armory for the WVNG. It also served as a place for the community, clubs, organizations, and so forth to hold events and gatherings. The Huntington Kennel Club even held a dog show at the armory.

In 1949, another armory was built in Huntington (at 800 Virginia Avenue) and the WVNG sold the building to a local oil company, The Biggs Armory was later demolished and a service station was built in its place shortly thereafter. In 2016, the WVNG discontinued the use of the armory at Virginia Avenue.