Located on the southwest edge of the county courthouse lawn, this monument commemorates Maury County residents who lost their lives in military conflicts from World War I to the present. The base of the monument was recently expanded and now contains names of local soldiers who died during the Civil War. This area of the state sent thousands of men to fight on the side of the Union. In recent years the memorial has made news for the addition of fifty-eight previously unknown soldiers, fifty-four of whom were African American and fought as members of the 13th Regiment of the United States Colored Troops (USCT).

The front of the War Memorial Monument. 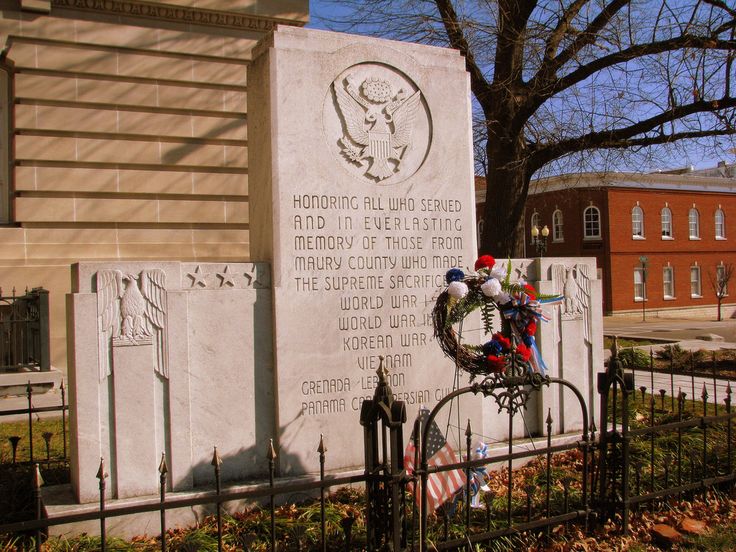 The base of the monument where fifty-four names of the United States Colored Troops as well as four federal soldiers who died in action during the Civil War were added in 2013. 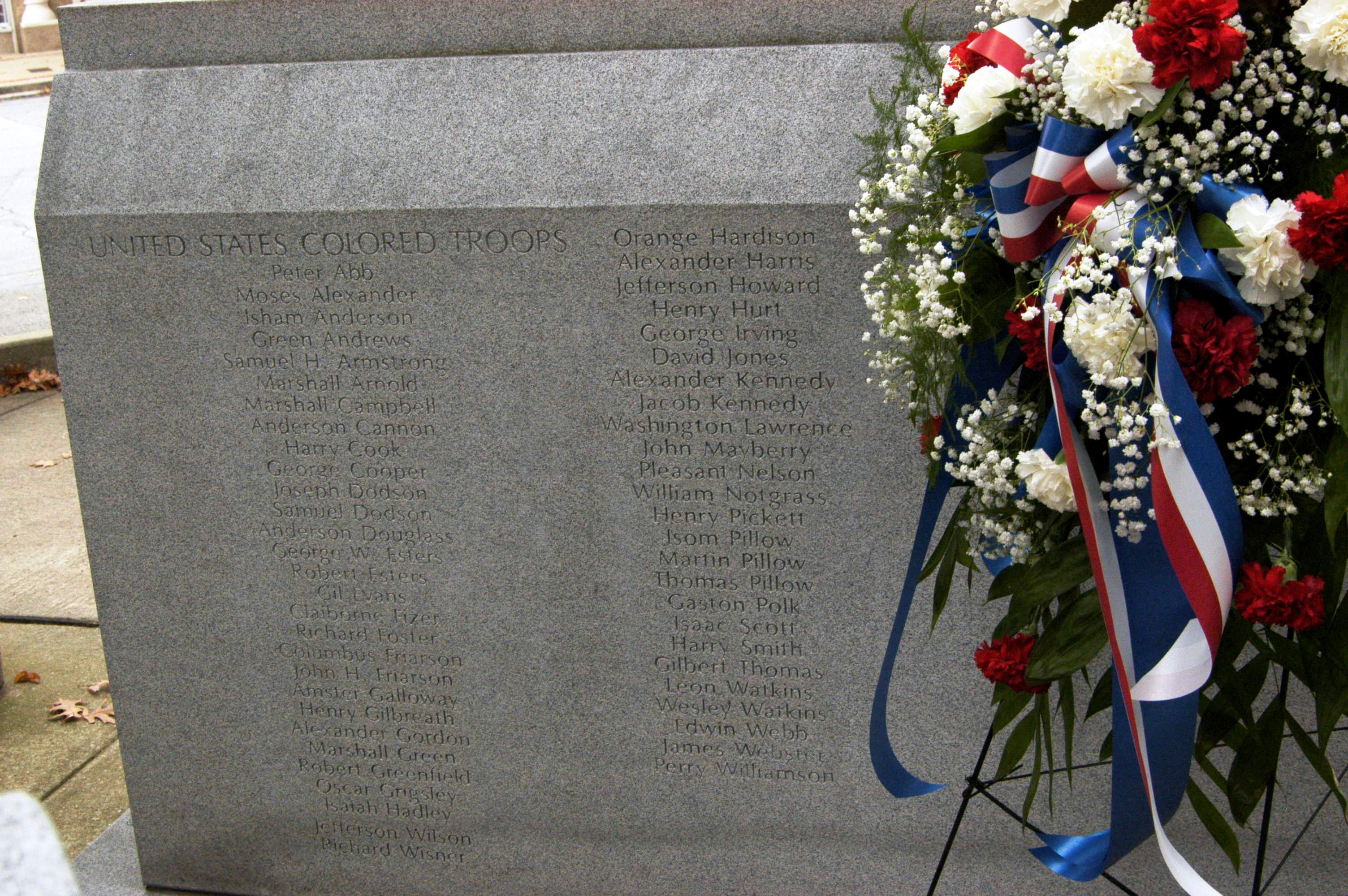 The front of the monument, which faces the southwest corner of the lawn, lists wars and conflicts dating back to the first World War.  The monument is dedicated to Maury County residents who perished in these conflicts and includes the names of local soldiers who died in those conflicts. Each year, more names are added as new records are discovered and as modern wars take the lives of local military members.

Jo Ann McClennan, the founder and President of the African American Heritage Society of Maury County, discovered a list of African American residents of the county who were members of the United States Colored Troops, a separate division of the Union army. McClennan's research revealed the names of these men and four other previously unknown Maury County men who served in the Union Army and died in defense of the Union. McClennan and her organization began to push to have these names added to the base of the memorial.

These African American troops, most of whom fought in the 13th Regiment, took part in several famous Civil War Battles. These Southern men helped the Union win the Battle of Nashville along with the 14th and 17th Regiment of the United States Colored Troops. They also joined forces with the 12th, 13th, and 100th regiment to form the Second Colored Brigade that later fought in the assault on Overton Hill. With the aid of the USCT, Union troops defended essential Union supply lines against Confederate Troops led by Nathan Bedford Forrest, a Confederate General who later became the first leader of the Ku Klux Klan.
On October 19, 2013, residents attended a ceremony that commemorated the addition of fifty-four African American soldiers and four white soldiers who were from the country and fought on behalf of the Union.