The Battle of Big Bethel

The Battle of Big Bethel was a skirmish that took place on June 10th 1861 during the blockade of the Chesapeake Bay. This larger battle occurred from May to June 1861. The skirmish occurred near Bethel Church, also known as Great Bethel. It was a minor confrontation between Union and Confederate forces which totaled in numbers around 3,500 Union and 1,200 Confederate soldiers. The battle resulted in a Confederate victory with the Union sustaining 79 casualties and the Confederate forces only 8. 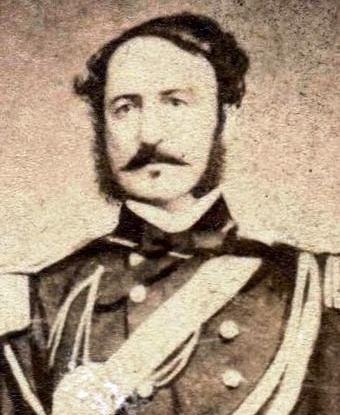 Original map of the Battle of Big Bethel. Believed to be the first map drawn during the Civil War. 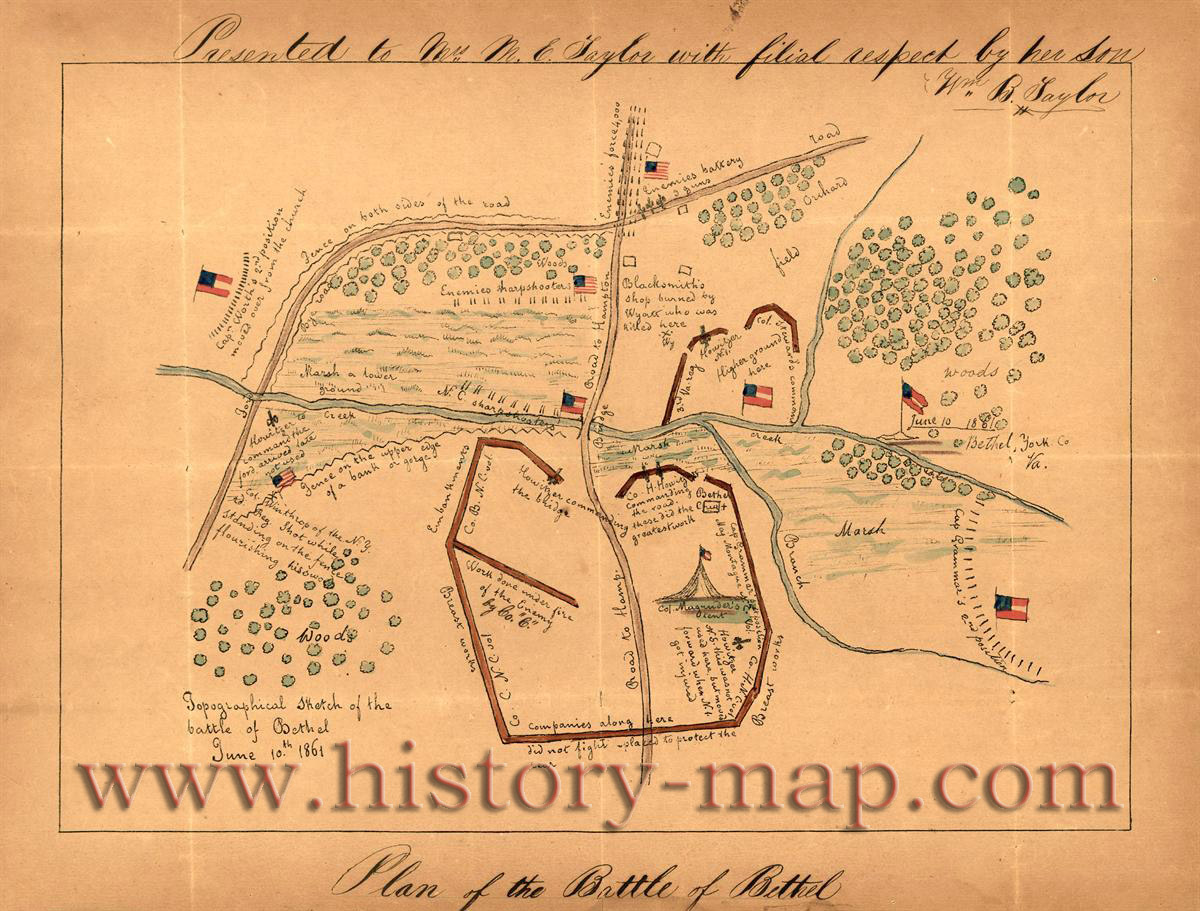 Marker on the location of the battle with a brief account of the action. 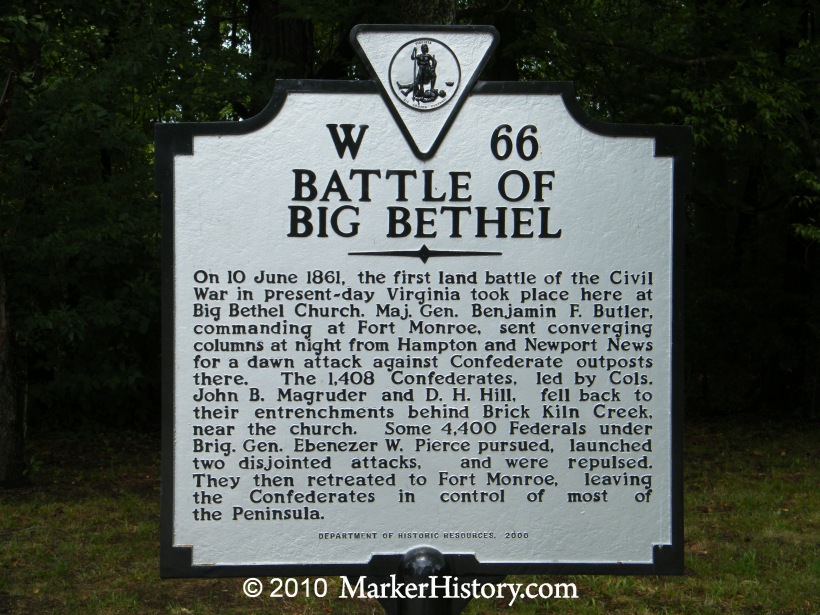 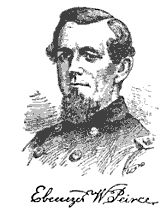 Although often overshadowed by larger battles, the Battle of Big Bethel on June 10th 1861 is considered to be one of the first land engagements of the Civil War.  Seen by many as more of a skirmish than an actual battle, the fight lasted only for about three hours before the Union forces withdrew and conceded the Confederate victory.  The engagement was intended by Union leaders as a surprise attack that would reveal the extent of Confederate soldiers in the area in hopes of capturing these men. The battle turned into an embarrassing debacle for the Union and reinforced the Southern belief in their superiority over Northern troops.

Major General Benjamin Butler hoped to push Confederate forces out of the Virginia Peninsula and protect important ship building locations in the area, so he dispatched approximately 3,500 soldiers under the command of Brigadier General Ebenezer Pierce to accomplish the task.2  The Confederates, well entrenched, around 1,200 soldiers strong, and under the duel command of Colonel John Magruder and Colonel D.H. Hill would be the target of the Union forces.1

The Union forces were counting on the element of surprise to carry them to a swift victory. However, due to the lack of an official Union Army uniform, many of the Northern soldiers were wearing gray uniforms.  This lead to an incident in which Unions soldiers opened fire on a friendly unit, which led to casualties and ruined any chance of a surprise attack. As dawn broke on the morning of June 10th the Union forces committed themselves to a frontal assault on a fortified fixed position and were repelled.  The same action was attempted a second time with no better results.  After the failure of the second assault, the Union forces withdrew from the area and regrouped with Major General Benjamin Butler’s forces.

The battle became an embarrassment for the Union and a major propaganda tool for the Confederates, who used it bolster morale and the belief that Confederate soldiers were superior to their Union counterparts.  Maps of the battle were copied and distributed throughout the South as souvenirs and to commemorate the victory.