The Potomac Power Plant is a historic hydroelectric facility at Harpers Ferry. Since the early nineteenth century, the site had been used as a source of water power for various projects, and the U.S. Armory operated a mill there to power their machinery. From the 1890s to 1925, the site was a pulp mill for the Harpers Ferry Paper Company. In 1925, a hydroelectric station was constructed, providing electricity to the local community until its closure in 1991. The Potomac Power Plant was added to the National Register of Historical Places around 2000. Today, the plant is part of the Harpers Ferry National Historical Park, and is not open to the public.

The power plant remains standing today as an example of early American industry and waterpower technology. Image obtained from the National Park Service. 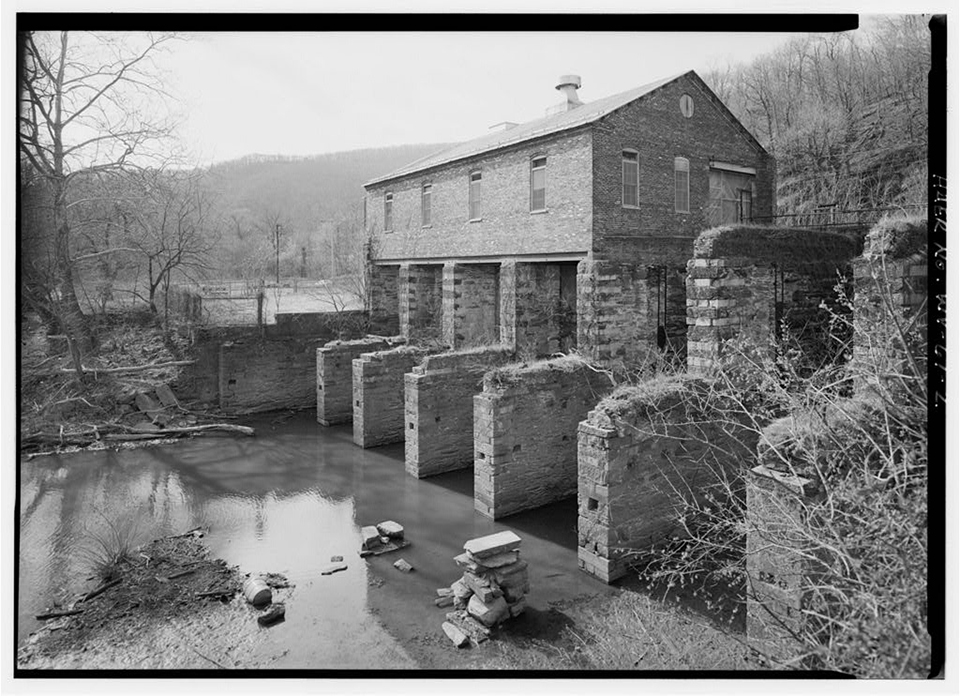 An electrical panel inside the power plant. Much of the interior machinery remains. Image obtained from the Library of Congress. 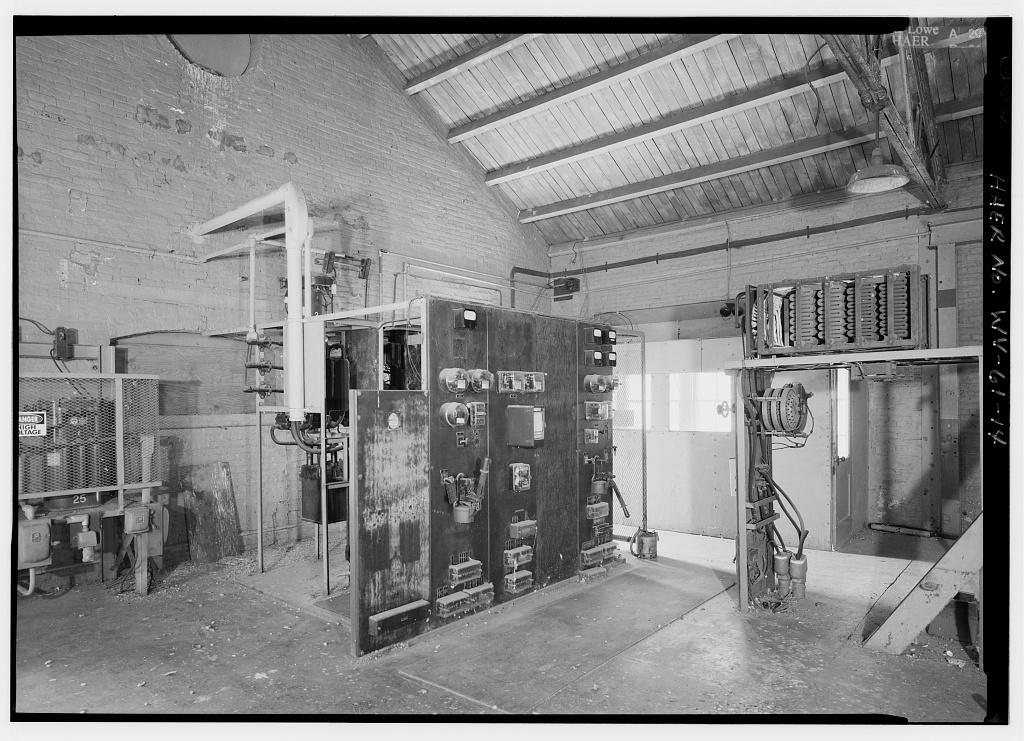 Two electrical generators. The one in the front was installed in 1925, while the one in the back dates to 1910. Image obtained from the Library of Congress. 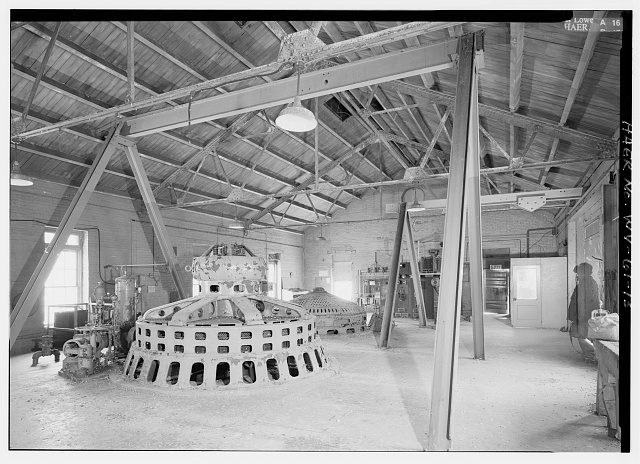 In the 1790s, Harpers Ferry was selected as the site for a United States armory and arsenal because of the Potomac River and the waterpower it could provide. A dam and a canal were constructed around 1800 to harness water for the new armory’s machinery. In 1834, the armory began constructing a Tilt-Hammer and Barrel-Welding Shop on the site of the present plant; the shop contained eight water-powered tilt hammers that were used to help manufacture gun barrels. In 1853, the shop was demolished and a new rolling mill was built on the foundation. Rolling mills were used to flatten pieces of metal to reduce their thickness. The rolling mill, along with the rest of the armory, was destroyed during the Civil War.

In 1884, a Delaware businessman named Thomas Savery purchased the site of the mill at an auction in 1884, along with the water rights and more property on Virginius Island.  On these properties he constructed two pulp mills: the Shenandoah Pulp Company on Virginius Island in 1887, and the Harpers Ferry Paper Company (also known as the Potomac Pulp Mill) at the former site of the rolling mill in 1889. Waterpower was used extensively in the pulp and papermaking processes. The waterpower and timber resources at Harpers Ferry, as well as the low cost of building and operating pulp mills made it an ideal location for the industry. Savery’s mills were used to manufacture wood pulp, which were sold to produce paper. Pulp mills were a dangerous workplace; during its existence there were several instances of workers losing fingers or even arms at the Potomac Pulp Mill.

Small pulp mills, such as the one at Harpers Ferry, found it hard to compete with larger mills, especially as forests were depleted and the market for pulp became oversaturated. For many years the mill made only a small annual profit. To make more money from the mill, Savery began to convert part of the mill to produce electricity. Electric streetlights had been introduced to Harpers Ferry by 1899, the same year Savery established the Harpers Ferry Electric Light and Power Company (HFEL&P). The company leased a portion of the pulp mill to produce electricity (although Savery owned both companies, he continued to operate them as separate entities) and soon began providing power to both Harpers Ferry and Brunswick, Maryland. On January 25, 1925 the pulp mill was destroyed by fire. Savery took the opportunity and used the fire insurance money to build a hydroelectric power plant on the site.

While it supplied electricity to Harpers Ferry and several surrounding communities, the Potomac Power Plant produced only a small amount and faced competition from other nearby plants such as the Potomac Edison power company. In 1928, Savery sold the plant to the National Electric Power Company. From there, the plant was sold or leased to several different companies before finally being purchased by Allegheny Power. The Potomac Power Plant would produce electricity for many years from two turbine-generators. In 1969, one of the turbine-generators was shut down and retired. In 1991, the second generator was shut down, as the small plant was no longer cost-effective. The generator was the last functioning piece of water-powered machinery in Harpers Ferry. Today the Potomac Power Plant is currently owned by the National Park Service as part of Harpers Ferry National Historical Park. The plant remains standing as an example of early American industry and waterpower technology, however it is not open to the public.