The Battles for Chattanooga Museum 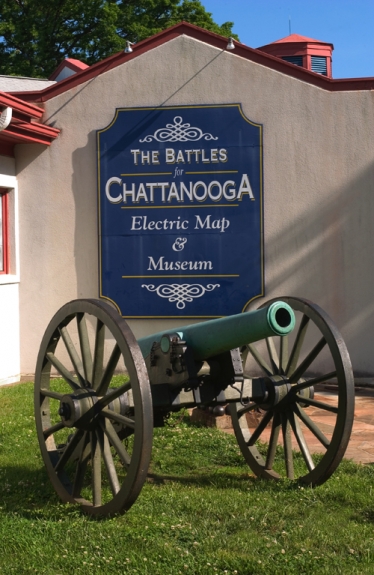 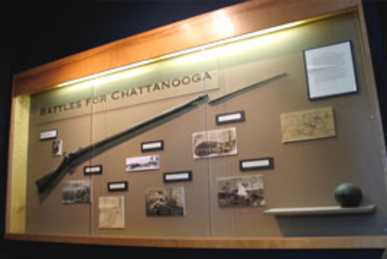 The Battles for Chattanooga Electric Map and Museum was renovated in 2016.  It now displays a digital projection mapped show on the history that took place in Chattanooga during the Civil War. This new feature was brought in to help bring the battles to life for visitors so they can visualize what occurred during this time.  The digital projections tell about Chattanooga’s Battle Above the Clouds and Sherman’s assault on Missionary Ridge.
Lookout Mountain is a historic battlefield in Tennessee.  It is the location of the battle that took place on November 24th, 1863. The encounter is known as The Battle Above the Clouds. It is referred to like this because of the imminent fog that covered the mountain from the weapons used during the confrontation.
The Battles for Chattanooga Museum also teaches about the Wauhatchie battle, Missionary Ridge, Orchard Knob and Brown’s Ferry. Wauhatchie gave the Union army access to Nashville and Trenton railroads. This allowed the officers to gain control of their supply lines, which enabled them to feed the starving army men in Chattanooga. The Battle of Missionary Ridge took place on November 25, 1863. Under the command of General H. Thomas, troops stormed the rifle pits of the Confederate troops without orders to do so. Orchard Knob is where General Ulysses S. Grant gave orders to the army as they progressed at Missionary Ridge. On October 27, 1863, troops battled at Brown’s Ferry, allowing them to gain control and create the Cracker Line supply route.