Built between 1889-1891, the Church of Saint Stephen is an excellent example of Richardsonian and Romanesque Revival architecture. The tower, the church's most visible feature, stands at 150 feet tall. The parish itself was formed in 1884. By the 1880s, this part of the city was its outer edge and the Catholics in the area wanted a church to attend that was closer than other ones. St. Stephen was one of many churches built during this period. It was added to the National Register of Historic Places in 1991. 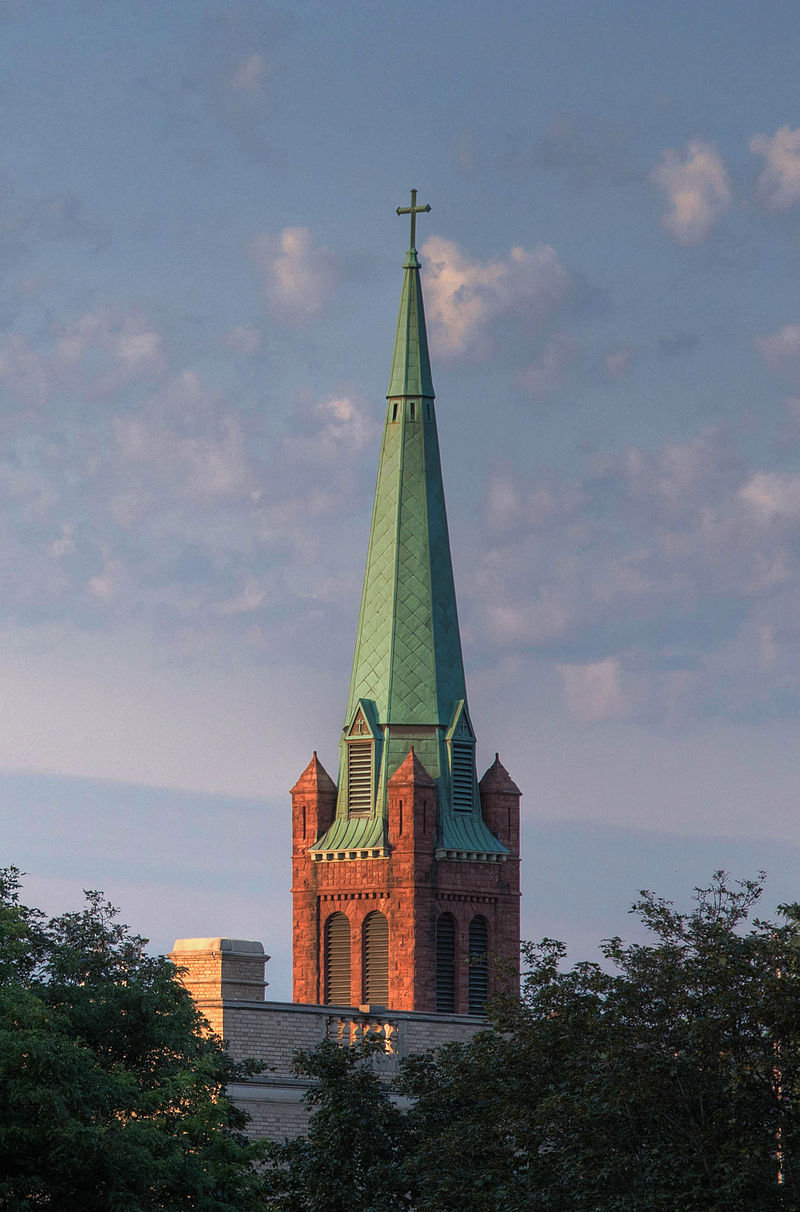