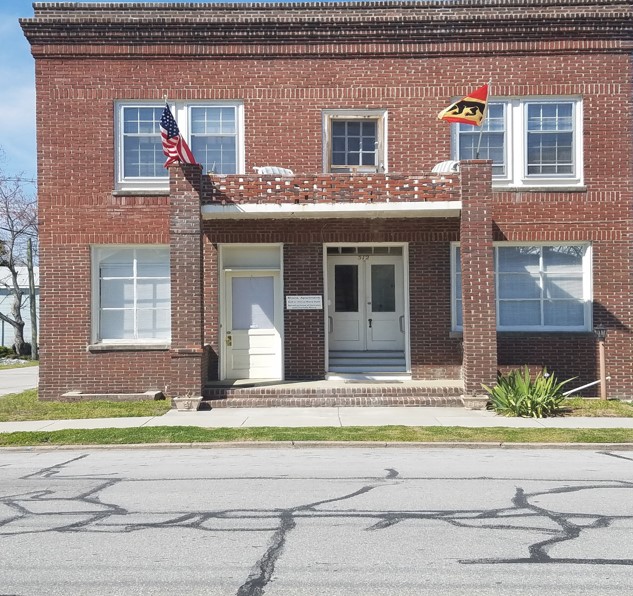 The plaque next to the front door. 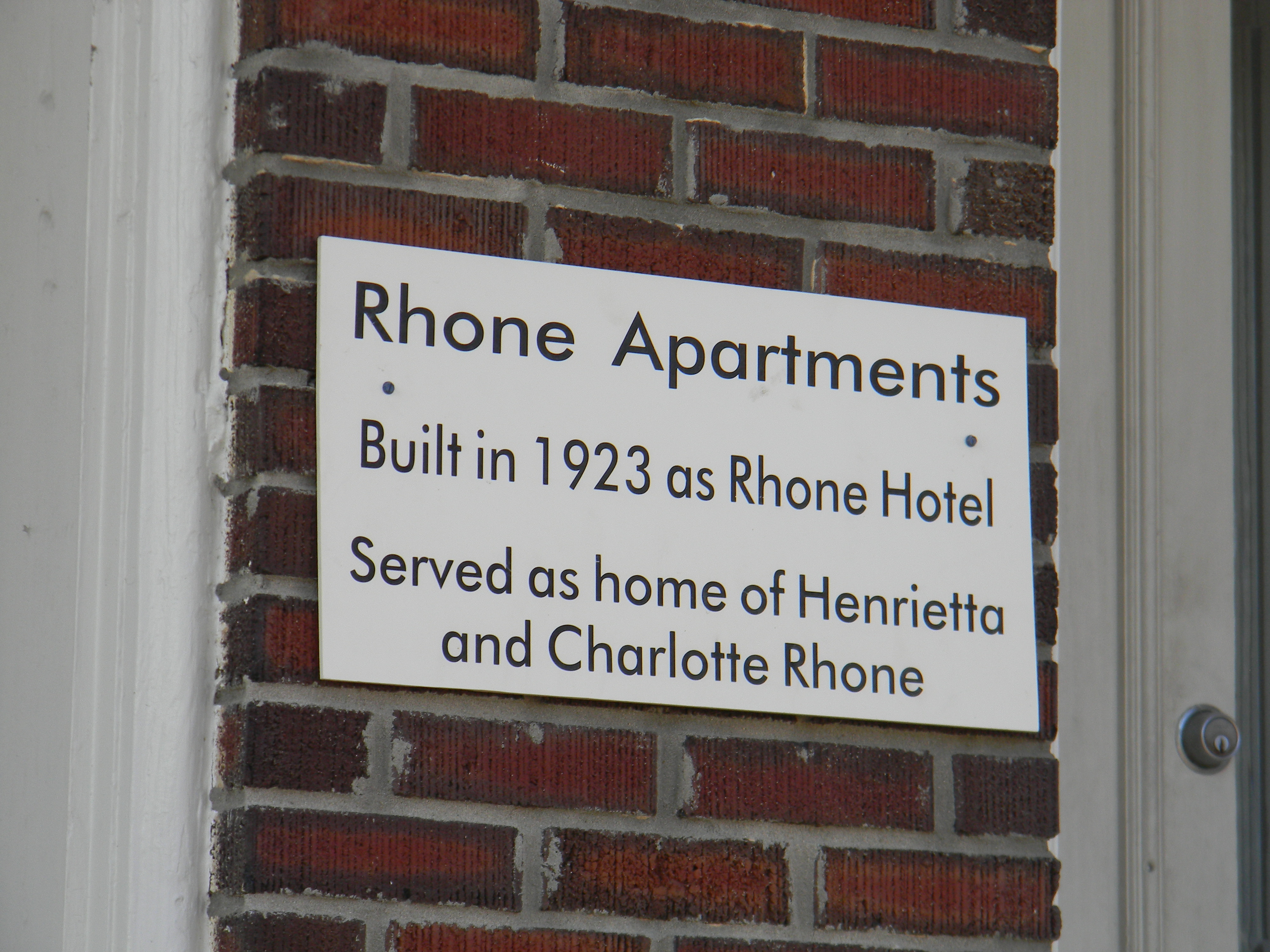 The left side view of the Rhone Hotel seen from along N Cool Avenue. 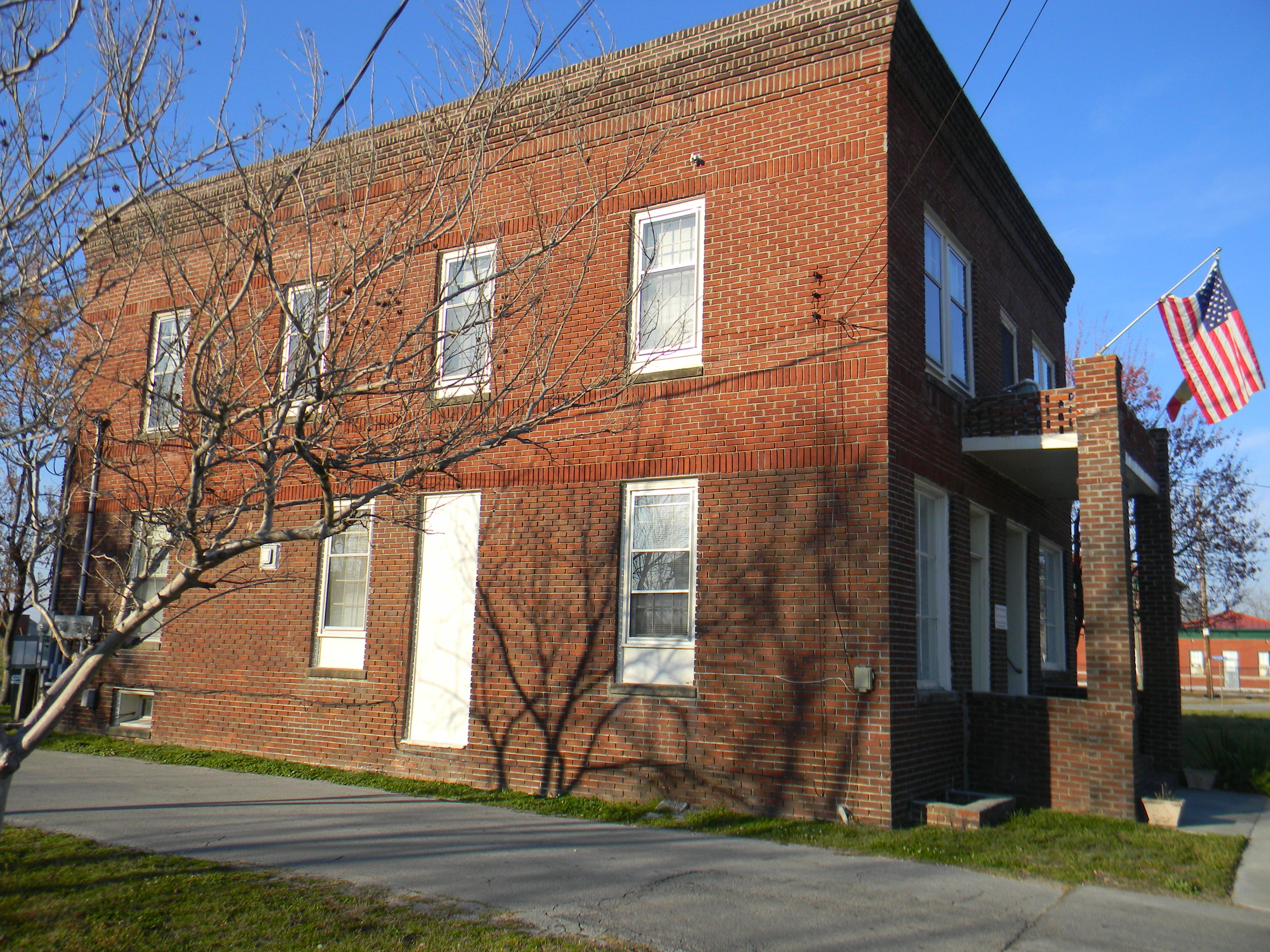 The right side view of the Rhone Hotel as seen from along Queen Street. 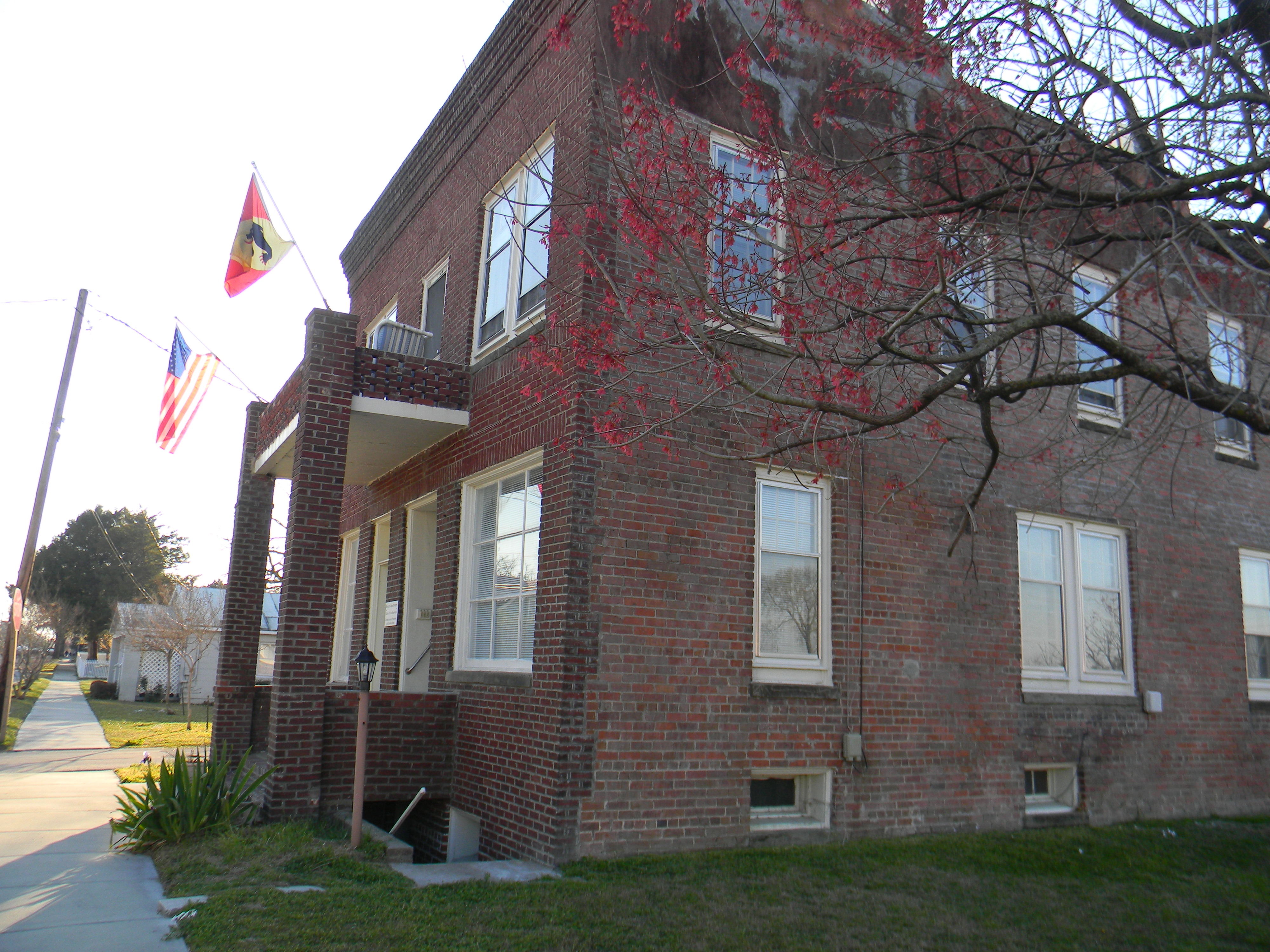 The Rhone Hotel was a symbol of hope for many African American travelers it being one of the only hotels in Eastern North Carolina that would accommodate Blacks. The Rhone Hotel was owned/managed by the Rhone sisters Amy, Charlotte, Henrietta, and Carrie; the four sisters were also essential in the opening of the West Street Library that allowed African Americans (Morrison).
The Rhone hotel was opened in 1923, on Queen Street in New Bern, one of the purposes of the hotel was to attract more Black business/travelers to New Bern; something that was uncommon at the time due to very few places being available to Blacks. The hotel was not simply a building to some, and is described fondly “throughout the nation there are weary travelers who have lived here and prefer to call it simply, The Rhone Home. For indeed, the Rhone Hotel is really not a hotel-- it’s a home run by three elderly sister who open their doors to weary travelers of this segregated State” (Pollitt).