Christ Church Lutheran is considered one of the very best works of Finnish-born architect Eliel Saarinen (1873-1950), one of the 20th century's greatest architects. Saarinen helped pave the way for modernist religious architecture in the United States. His design philosophy was to create quiet, simple, functional buildings using basic materials. As such, his works were affordable, including Christ Church Lutheran. The church was built in 1949, making it his last completed work. His son, Eero (1922-1961), who also considered one of the best architects of the 20th century, designed the education wing built in 1962. He was careful to incorporate the addition to his father's work. The entire building was added to the National Register of Historic Places in 2001, and designated a National Historic Landmark in 2009.

Christ Church Lutheran was built in 1949 and is recognized as one of Eliel Saarinen's greatest works. 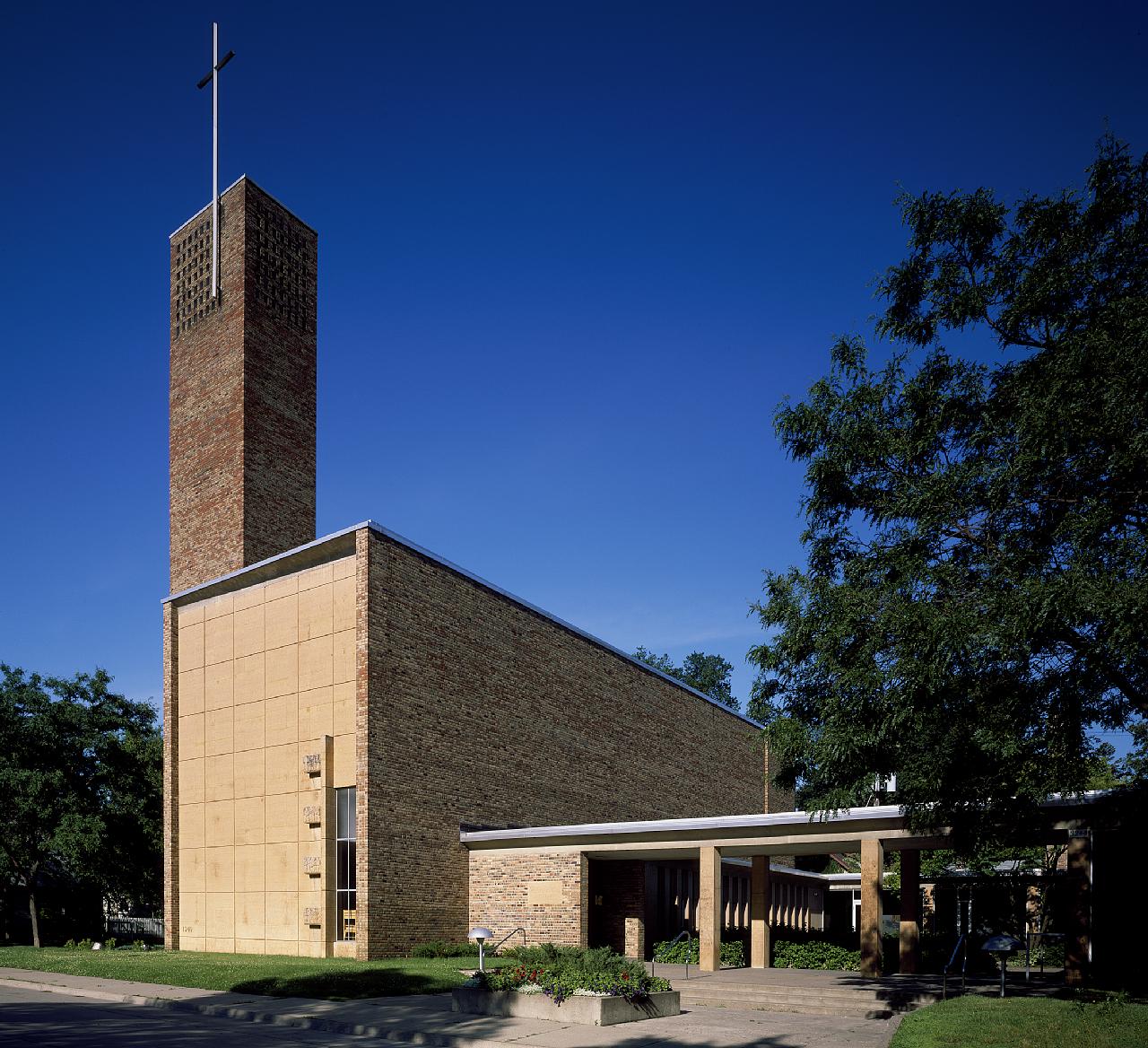 Christ Church Lutheran was designed in a similar fashion to that of First Christian Church, in Columbus, Indiana. This was built in 1942 and is also a National Historic Landmark.

Public Docent-Led Tours (Free) 2nd Sunday each month at 11:00 am Private-led tours are available as well. Call to make a reservation.