Ye College Inn is one of the few remaining buildings associated with the Alaska-Yukon-Pacific Exposition of 1909, held from June 1 to October 16, 1909. Unlike previous World Expositions, the 1909 event noting the importance of exploiting Alaskan and Canadian resources, showcasing he importance of trans-Pacific trade and demonstrating the progress of the American West. 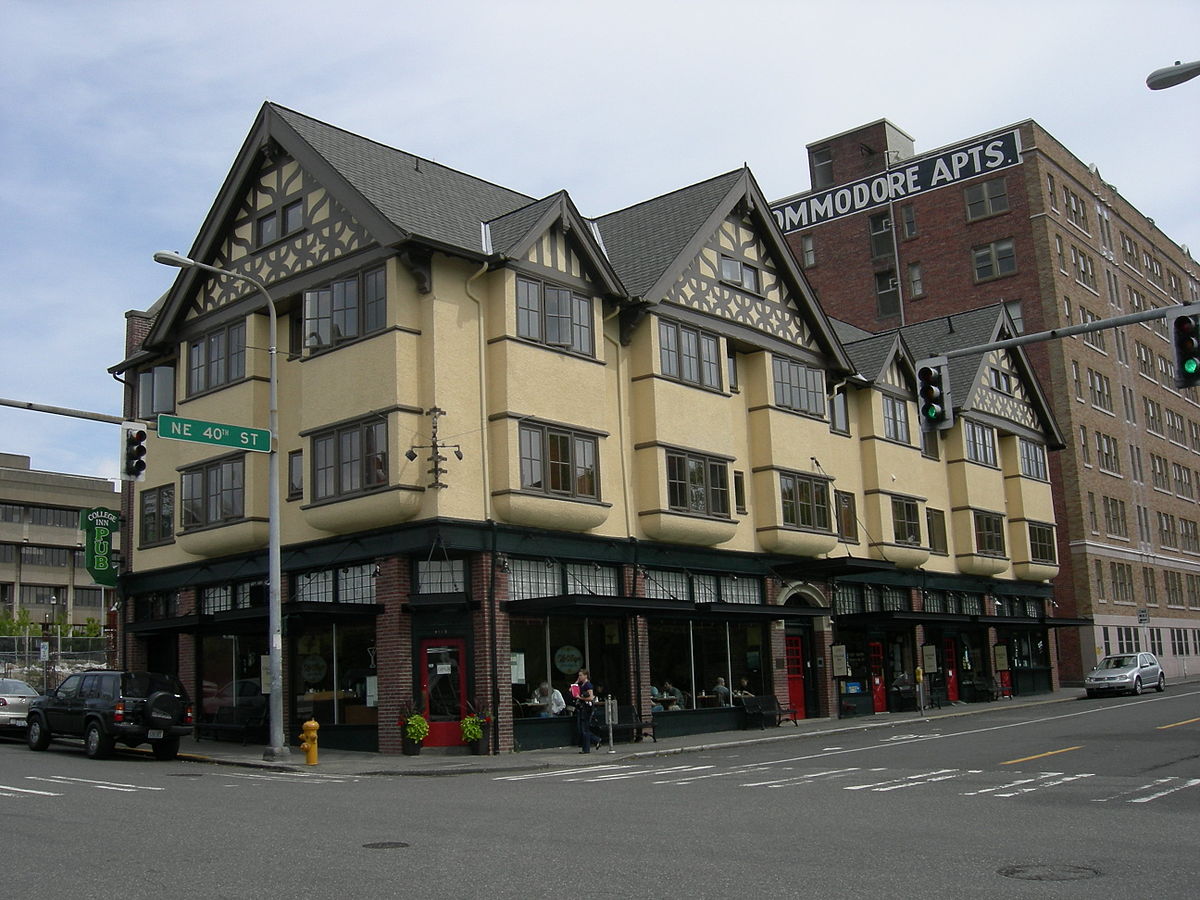 Ye College Inn is one of the few remaining buildings associated with the Alaska-Yukon-Pacific Exposition of 1909. The Alaska-Yukon-Pacific Exposition, located on the campus of the University of Washington and occupying 250 of the school's 355 acres, was held from June 1 to October 16, 1909. The exposition's theme centered on the progress of the American West, cross-Pacific trade, and the potential riches that lay in the resources found in the Yukon and Alaska. More than 3.5 million people attended the Fair.

One tangible result of the fair involved the success of the construction of buildings used in the Fair.  When the fair ended, several of the permanent buildings were donated to the University in exchange for the use of its land during the Fair.  Few structures remain today, but Ye College Inn has survived.

Charles Cowen is largely responsible for the creation of the Inn. Born in England in 1869, he grew up in South Africa, moved to New York in 1890, and then to Florida before ending up in Seattle in 1900. Growing up with his family in South Africa, his family worked as diamond miners and merchants. They sent him to New York to purchase electrical equipment for the mines and he decided not to return to South Africa. This caused a rift between him and his family, thus he changed his name from Cohen to Cowen.

He arrived in Seattle just after the Klondike Gold Rush that provide Seattle with an immense economic and population boom. Cowen seized the opportunity and engaged in property development and established the Haynes-Cowen Real Estate Company. In 1906 he purchased forty acres of land north of the new site of the University of Washington, platted it, surfaced the streets, and placed it on the market. Twelve acres of wooded land were set aside and donated to the city as Cowen Park. When the Alaska-Yukon-Pacific Exposition opened three years later, Cowen placed a large billboard advertising property for sale in his University Park addition near the main entrance to the fair.

Cowen also built the Ye College Inn, reportedly for the out-of-town owner of the property, J.R. Hendren of Kansas City. The Inn served as a guest house for the fair's visitors and, when the exposition closed, Cowen purchased the property which then provided housing and food services for the university's^ students.