Camp Wildcat Battlefield is located in the Daniel Boone National Forest and commemorates the first significant battle of the Civil War in Kentucky. The battle pitted recent recruits against one another as both sides vied for control of the region. On October 21st, 1861, Confederates challenged the Union's control of this part of Kentucky but were forced to withdraw resulting in a much-needed victory for Union morale in the early months of the war. The isolation of the site, accessed by a single lane gravel road, adds to the historic feeling of the battlefield. For example, trenches and remnants of the battle can still be seen, having gone largely undisturbed. Under the control of the Camp Wildcat Preservation Foundation, the battlefield and surrounding area are well cared for, as walking trails and interpretive signs allow you to travel the entire length of the battlefield while reading about the history that took place on that exact spot. The facility also contains a kiosk with additional information, restrooms, markers, and a monument honoring soldiers of both sides. 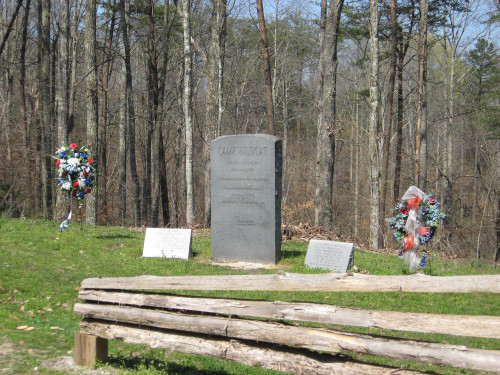 View from inside the interpretive pavilion 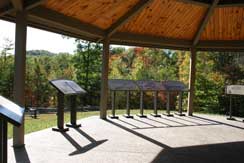 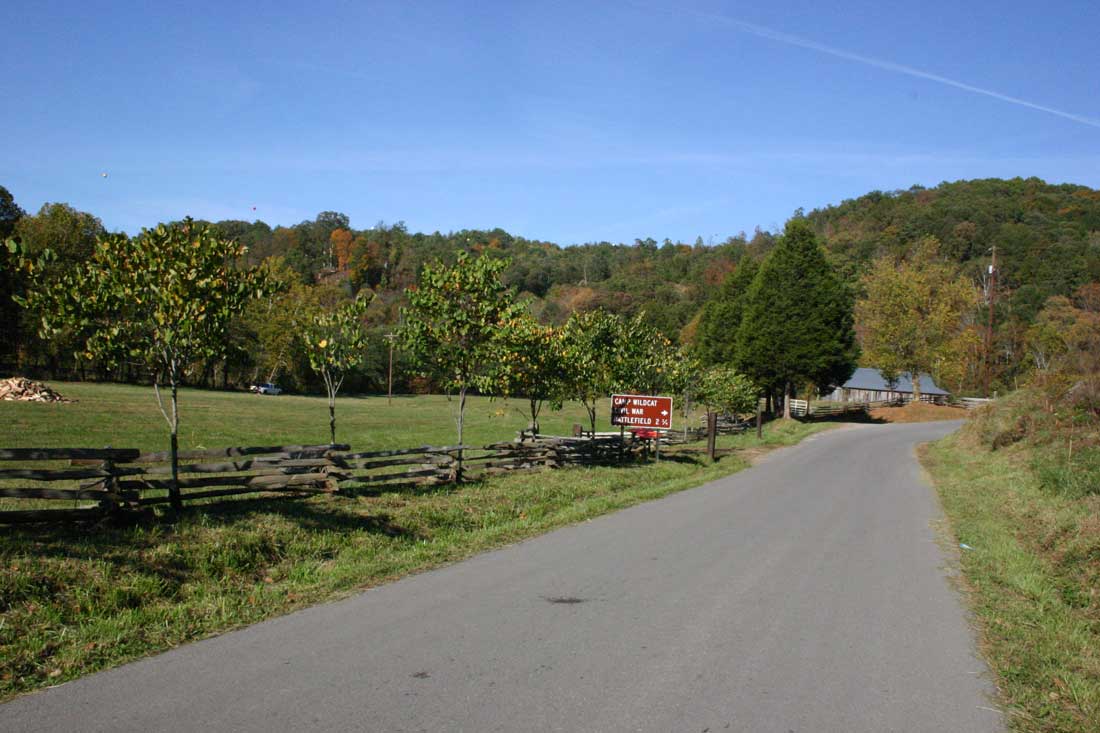 In September of 1861, Confederate General Zollicoffer and his men had made their way into Kentucky and up to Cumberland Ford along the vital Wilderness Road. His objective of confronting Union forces and preventing invasion into Confederate territory led his troops to the proximity of Wildcat Mountain, where Colonel Garrard and his handful of men had been sent to defend along the Wilderness Road and prevent further penetration of the Confederate forces. His men set up camp and made their defense, digging trenches and forming their battle strategy. But upon getting wind of the strength of the forces that approached, Garrard requested reinforcements immediately, and in the brink of time they came. Now under General Scheopf, his combined force of 7,000 men had the upper hand, and on October 21st, contact was made.
Fighting broke loose as Confederate forces attempted to break the somewhat fortified Union position. The intense skirmishes and charges, however, led to nowhere. The Union soldiers held their posts. Once nightfall came, the fighting ceased, and once the sun came up, it was discovered that Confederate forces had moved out of the area back to Cumberland Ford. The total loss of life was not massive compared to greater Civil War battles, 25 Union soldiers and 53 Confederate soldiers became casualties in the engagement, but it marked the first major battle fought in a currently neutral Kentucky for the rough but vital Wilderness Road.
Camp Wildcat Battlefield strives to preserve the history of the battle, while also allowing others to visit and learn. There is ample parking in the gravel lot, and upon arrival, a person has access to restrooms and a kiosk with signs of information about the battle and what took place. There are two walking trails which lead throughout the areas of fighting, one of which goes through the Wilderness Road and the other which takes you to Hoosier Knob, and one can expect to encounter signs and markers along the way when they come upon a spot of significance. The land is well maintained, and the staggered wooden fencing adds to the historical feel of the area.
On top of the battlefield site itself, there is also a reenactment which takes place every year around the anniversary of the battle. The reenactment serves to educate anyone from school children through adults willing to learn about the battle, as well as maintains the historical significance of the area. The public is welcome to the battle, and medical demonstrations, and also have the chance to meet Abraham Lincoln and General Robert E. Lee. There are also raffles that take place and a memorial service for the Civil War soldiers.