The Pierce House, located at 24 Oakton Avenue in Dorchester, MA, is one of oldest surviving homes from the colonial era. The house was originally built around 1683 by the Minot family and purchased by Thomas Pierce in 1696. Over the years, several alterations and additions were made to the home, but the central structure has remained intact. Ten generations of the Pierce family resided on the property before it was sold to the Society for the Preservation of New England Antiquities (now Historic New England) in 1968. 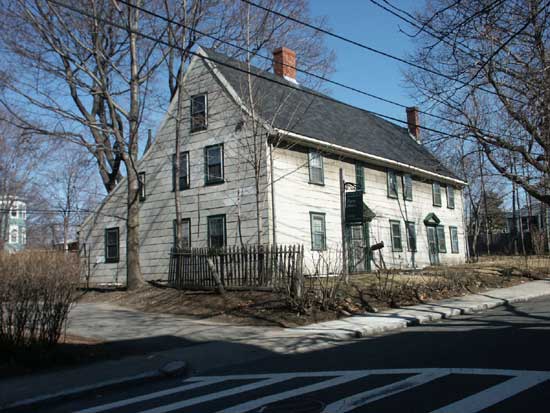 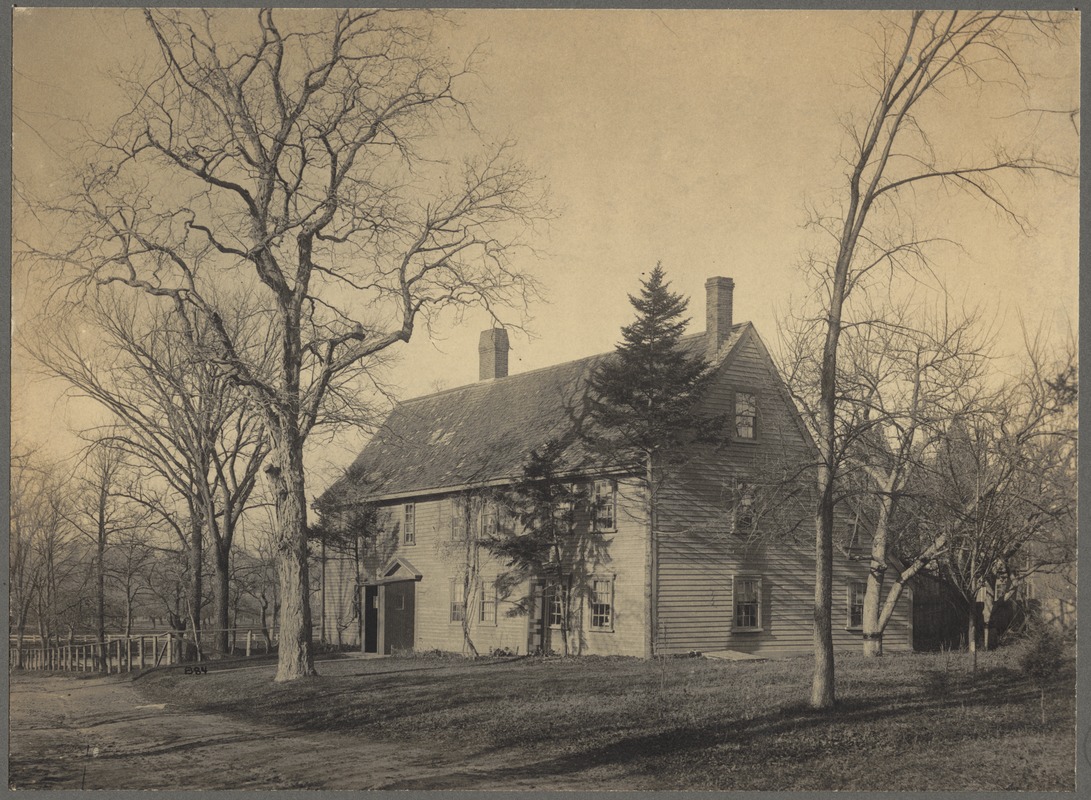 Robert Pierce and his wife, Ann Grenway, traveled to the New World from England in the 1630s.  After they were married, they inherited a six-acre portion of land in what is now known as Dorchester from Ann’s father.  Robert and Ann’s son, Thomas, married and had eight children of his own.  Thomas Pierce added to the land over his lifetime.  In 1696, he purchased 20 acres from neighbor James Minot.  The land purchase included the home, now known as the Pierce House, which was constructed in 1683.  The house was considered very large and fashionable for its time.  It consisted of two and one-half stories with two rooms on each floor and attic. The home was adorned with a gabled roof and small diamond-paned windows.

The later generations that lived in the house added to it so that they could create enough space for their large and often multigenerational families.  Additions were added to both sides of the house to add additional bedrooms and workspace.  In the rear of the house, a lean-to was constructed to create more cooking space, at a time when families were using rooms for specific purposes (as opposed to one large room that served as a kitchen, parlor and possibly a bedroom too).

Perhaps the most notable resident of the house was Colonel Samuel Pierce, who lived in the home throughout his entire life. He inherited the property from his father, Samuel Sr., in 1768.  Samuel Jr. served in the King’s militia prior to the start of the American Revolution.  Quickly, he made his sympathies with the Patriot cause clear, left the English service, and joined a colonial military group.  He participated in the important fortification of Dorchester Heights and helped oust the British soldiers from the area.  Over the next ten years, Colonel Pierce recorded the significant events unfolding around him. His letters are important historical documents tracing America’s battle for independence.

In 1967, the last Pierce resident passed away and the property was passed on to his son, Curt and his daughter, Anne Grenway Pierce Shaughnessey.  Anne had been living with her ailing father at the time of her death.  The siblings determined that at this point, it was prudent to follow the terms of her paternal grandmother’s (Antoinette Pierce) will and sell the property to a buyer that would preserve its rich history.  The Society for the Preservation of New England Antiquities (now Historic New England) purchased the property in 1968.   Now, they open the building to schools for tours and educational programs.  Several times a year (dates can be found on Historic New England’s website) it is open to the public for tours.

It was once noted, interestingly, that Ann Grenway Pierce was the first woman to reside on the property, and Anne Grenway Pierce Shaughnessey was the last.