The Harpers Ferry Park Association and National Park Bookshop are housed in the historic John G. Wilson Building, also known as the Stagecoach Inn, on Shenandoah Street. Constructed in 1826, the Wilson Building originally housed stores and residences. During the 1830s, it was used as a hotel, and then later housed workers from the Harpers Ferry U.S. Armory. It underwent a restoration in the 1960s and was included in the creation of Harpers Ferry National Historical Park. Today the John G. Wilson building houses a bookshop and offices for the Harpers Ferry Park Association, a non-profit organization that supports the Harpers Ferry National Historical Park and the National Park Service. Their bookshop sells a variety of products, with the proceeds going to support educational and interpretive programs in the park.

Built in 1826, the John G. Wilson has housed stores, offices, residences, and a hotel over the course of its history. Image obtained from the Harpers Ferry Park Association. 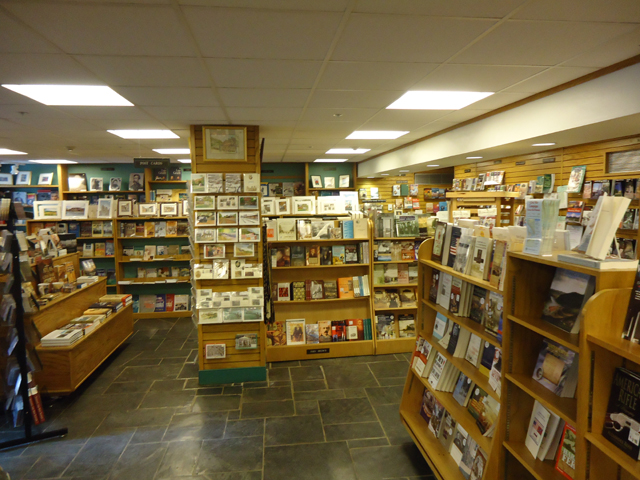 The Association also publishes many of its own books including walker's guides such as this one. Image obtained from the Harpers Ferry Park Association. 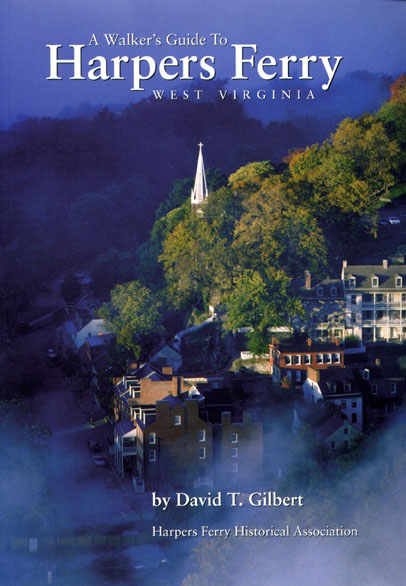 During the first half of the nineteenth century, a significant amount of land at Harpers Ferry was government-owned property, primarily for the armory. In 1825, a local merchant named John G. Wilson began constructing a two-and-a-half-story commercial building at Shenandoah Street on government land. While he had requested permission for the construction, he began building before receiving any form of approval. Space was made for the building by blasting away a rocky portion of the hill; some of this rock was then used to make the foundation. Construction was completed in 1826 and Wilson made the second-floor his residence; the first floor was rented out to Maslin & Co., a dry goods and grocery store. At some point, Major James Stephenson and his wife Ann C. Stephenson acquired the building and began operating a hotel on the upper floors in April 1830.

Major Stephenson died in 1833, and in 1837 Ann Stephenson transferred the Wilson Building to the U.S. government. The government used the upper floors to house workers from the armory, while continuing to rent out the first floor to businesses. Among the occupants was the Superintendent’s Clerk Henry Ward, who lived there from 1844 to 1846. John G. Wilson also returned to the building during the 1840s to operate a post office on the first floor. It is believed that Ann McGraw ran a boarding house from the building in the late 1850s. It has also been claimed that soldiers inhabited the Wilson Building during the Civil War.

Following the Civil War, the U.S. government opted not to rebuild the armory, and instead began selling off their land in Harpers Ferry. Joseph D. Holmes purchased the Wilson Building in an 1869 auction, but would later relinquish ownership back to the government in 1879. It was then purchased by Joshua Cavalier in 1880. The Wilson building was reported to house a general store in 1894, and in the early 1900s it functioned as apartments. In 1913, the Cavalier family sold the building to William and Mary Ellen Doran, who would use the building as a pool hall, lunch room, and tailor shop. In 1952, the State of West Virginia acquired the Wilson Building from the Doran family and transferred it to the National Park Service the following year. Following this the building underwent extensive renovations in the 1950s and 1960s.