The David Owsley Museum of Art Ball State University is one of four Indiana art museums with a notable, well-rounded collection, and the only such facility in east central Indiana. The collection areas include ancient, medieval, Renaissance, 17th century, 18th century, 19th century, modern, Asian, and arts of Africa, Oceania, and the Americas. The museum also houses European and American decorative arts and furniture as well as works on paper, including drawings, prints, and photographs. Another part of the collection features the Hoosier Group of Indiana painters.

The David Owsley Museum of Art occupies much of the recently renovated Fine Arts Building, located along Riverside Avenue at Warwick Road in the heart of the Ball State campus. 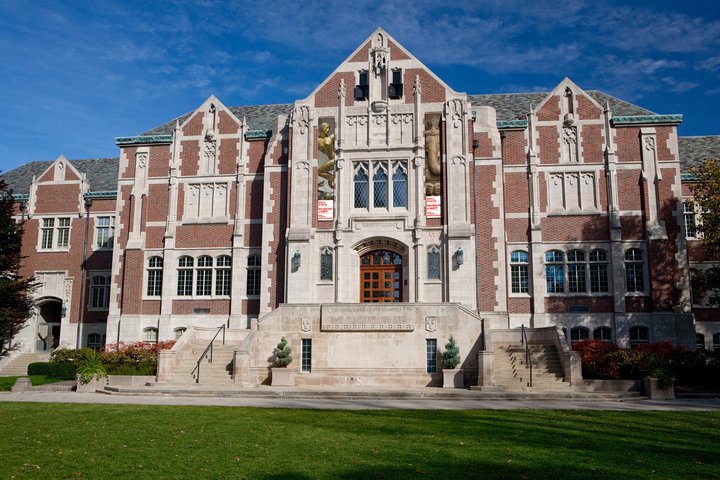 In 1886, an economic boom sparked by the discovery of natural gas in Muncie, Indiana, attracted an array of residents to the area. Hoping to raise interest in art, a group of women formed the Art Students' League in 1892. After the success of multiple art exhibits, the group formed the Muncie Art Association in 1905. The group's objectives included organizing annual free exhibitions and purchasing one work of art each year to begin a permanent collection.

The works in the permanent collection were displayed in local high school corridors until 1918, when the Ball brothers founded the Indiana State Normal School. The collection found a new home at the school, which later became Ball State Teachers College and is now Ball State University. Eventually the collection was moved to the school's North Quadrangle Library.

In 1931, plans began for a new art building to house the expanding collection. The Fine Arts Building opened in 1935 and remains the home of the collection. In January 1991, the gallery's official name became the Ball State University Museum of Art.

Construction to expand the museum began in 2000. The $8.5 million project added 5,230 square feet to the facility, doubling the number of works of art displayed. The newly renovated museum opened in September 2002.

The museum was renamed to the David Owsley Museum of Art on October 6, 2011 in honoring his generous donations.