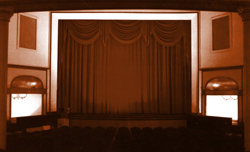 Inside the Ariel Theatre 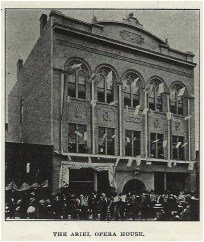 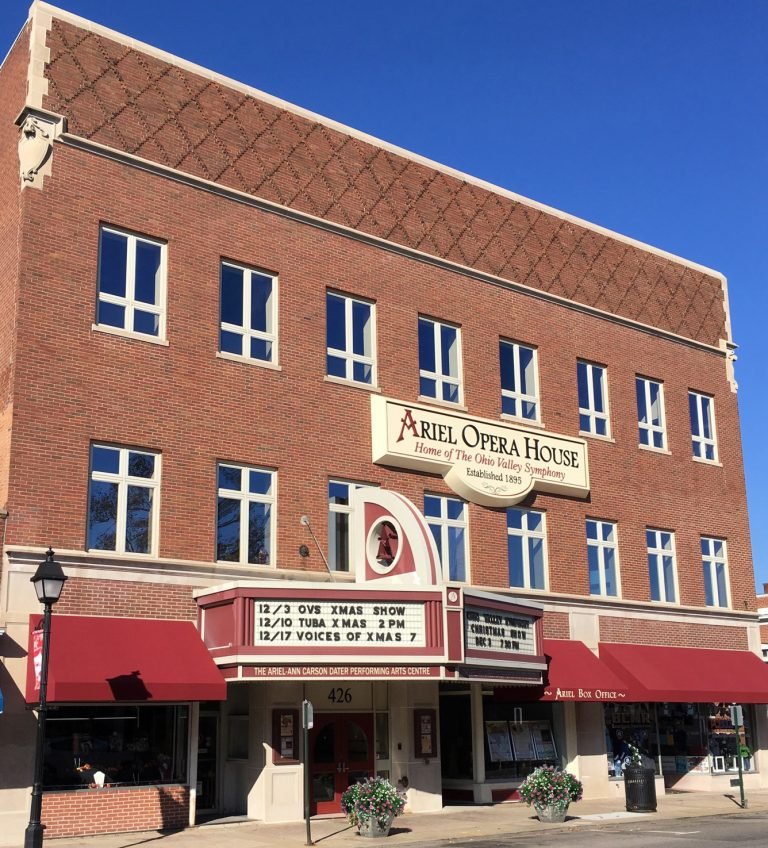 The Ariel Opera House (sometimes called the Gallipolis Opera House) was built in 1895. The 180-seat theater was later dedicated on April 23, 1896. In the early 1900s, it became known as the Gallipolis Theatre and was used mostly for vaudeville shows. Famous performers such as Will Rogers, Sarah Bernhardt, and the Ziegfeld Follies all made appearances on the Ariel’s stage. Once movies began to replace live theater as America’s choice of entertainment, the Ariel underwent change. In 1930, it expanded to include more retail space on the first floor as well as meeting spaces on the second and third floors for the local Masonic Lodge. The outside was changed from the Italiante design to a simpler façade befitting the Great Depression. The theater closed after years of neglect in 1963.

Twenty-five years later, local musician Lora Lynn Snow realized the need for a professional orchestra in Gallia County, Ohio. She chose the Ariel Theatre to be the home of the Ohio Valley Symphony, but first, the theater needed renovating. Lora and other volunteers cleared the theater of debris beginning in the fall of 1988 while keeping an eye out for pieces that could be restored. The woodwork was refinished, the plaster was replaced, and new wiring and plumbing were installed. Just before the planned opening of the Ariel, workers discovered stenciling on the ceiling; so, volunteers worked overnight to reproduce it. Finally, the Ariel Theatre reopened on June 9, 1990. It was rededicated by local resident Major General George E. Bush, who made his own debut at the Ariel in 1906.

In recognition of the Haskins family’s contributions to the community, the theater was renamed The Morris & Dorothy Haskins Ariel Theatre in 1991. In 2005, philanthropist Ann Carson Dater bought the theater and gave it to the community as the permanent home for The Ohio Valley Symphony and for use as a performing arts center. It was rededicated as the Ariel-Ann Carson Dater Perfoming Arts Centre on April 22, 2006, almost 110 years after the original dedication ceremony. The final stage of restoration was completed in 2010 when the Third Floor Ariel Chamber Theatre opened. This theater can also seat 180 patrons and boasts acoustics as good as in the main auditorium. From 2014 to 2015, workers turned one of the theater’s storefronts into an 1895-style box office.

Today, in addition to serving as a performing arts center, the Ariel Theatre’s two auditoriums, banquet hall, and meeting rooms are all available to rent for other organizations and events.

Call for an appointment or visit their website for more information