Established in 1993, the United States Holocaust Memorial Museum is dedicated to educating citizens about the events of the Holocaust and strives to confront contemporary instances of genocide and anti-Semitism. The museum contains a permanent exhibit that operates on a free ticketing system owing to continued public demand and the importance of allowing each visitor to experience the exhibits at their own pace. The museum also offers a variety of temporary exhibits and special events such as conversations with Holocaust survivors and lectures by scholars and artists. The museum also operates a research library with a vast collection of publications, photographs, documents, and other artifacts related to the Holocaust.

A view of the United States Holocaust Memorial Museum. 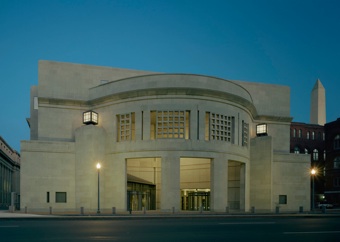 Visitors in the hall of Witness at the United States Holocaust Memorial Museum. 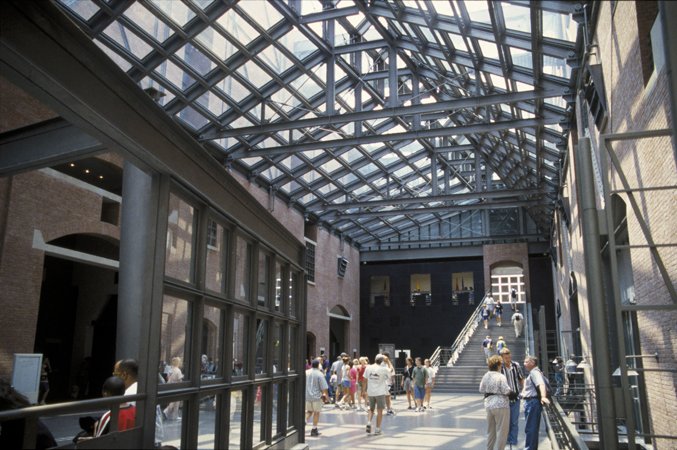 Hall of remembrance at the USHMM. Here, visitors are able to light memorial candles to remember the lost lives. The eternal flame is also shown here in the center of the room surrounding the names of concentration and death camps.

The front of the United States Holocaust Memorial Museum. The museum serves as a living memorial as well as a place of education and dialogues about Antisemitism and genocide. 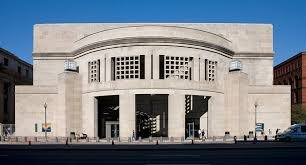 On November 1, 1978, President Jimmy Carter created the President’s Commission on the Holocaust. Commission members were tasked to create a report on the feasibility and cost of a Holocaust memorial that would provide a place of memory and education. The Commission was chaired by Holocaust survivor and author Elie Wiesel. After almost a year of deliberation, the Commision created a plan for a memorial which included a museum, educational foundation, and a “Committee on Conscience.” The plan was unanimously approved by Congress in 1980 and the United States Holocaust Memorial Council was created to oversee the project.

The federal government seized 1.9 acres of land adjacent to the Washington Monument. The director of the project was Richard Krieger and the project was also oversaw by chairman of the council Miles Lerman. Almost $190 million dollars were made to fund the construction and to expand attempts at collecting old artifacts for display. In 1988, President Ronald Reagan helped lay out the cornerstone of the museum and that was designed by architect James Ingo Freed. A dedication ceremony was hosted by American President Bill Clinton, Israeli President Chaim Herzog, chairman Harvey Meyeroff, and Elie Weasel. The museum officially opened in 1993 and the first visitor was the 14th Dalai Lama of Tibet.

Today, the United States Holocaust Memorial Museum welcomes millions of visitors per year and continues its educational mission with exhibits and programs. The permanent exhibit takes users through three floors of exhibits starting with the origins of the Second World War and the early history of racism and discrimination in Hitler's Germany. Visitors can view documents, photographs, film, and historical artifacts and there are also options for guided tours as well. Visitors can also observe personal objects from people who lost their lives in concentration camps. The self-guided walk through the museum displays a chronological narrative of events from the Holocaust. On average, it takes several hours to explore the entire memorial and museum. For those who wish to explore further, kiosks and computers are available and offer the chance to go into more depth about the history of the Holocaust.