The US Grant Hotel

The luxurious US Grant Hotel was born to be a top-shelf hotel. It opened in October of 1910 after five years of construction. The downtown San Diego building cost $1.9 million and became a local sensation. It drew thousands of curious people for its grand opening. Built in honor of former president Ulysses S. Grant, the Hotel also features the world’s first electrically lit fountain, designed by the hotel's architect Irving Gill and given to the hotel as a gift from the city of San Diego.

The US Grant Hotel is listed on the National Register of Historic Places and is located in downtown San Diego. It first opened in 1910. 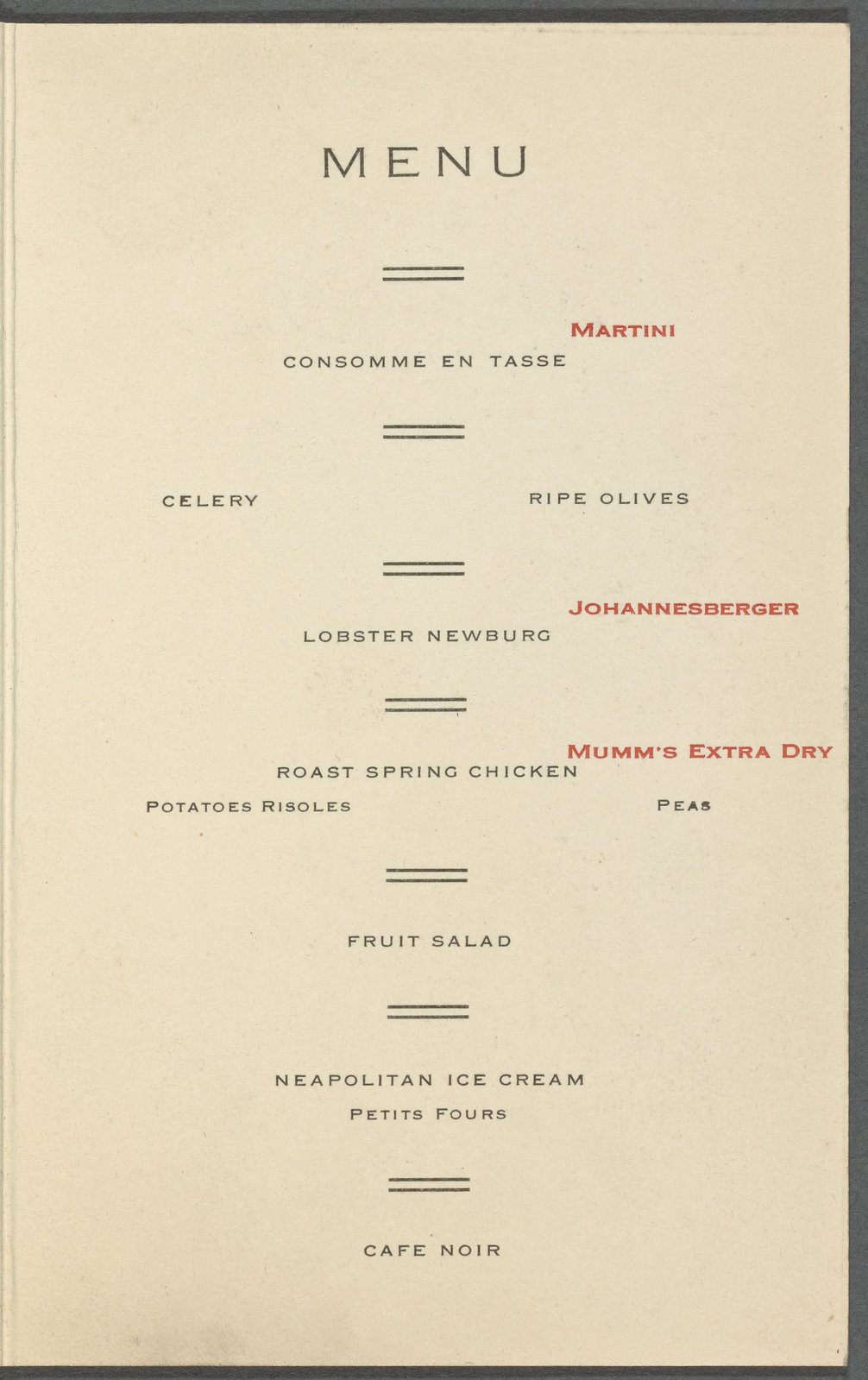 The hotel in the 1930s, before the addition of its radio towers, in a postcard. A streetcar is visible on adjacent Broadway street. 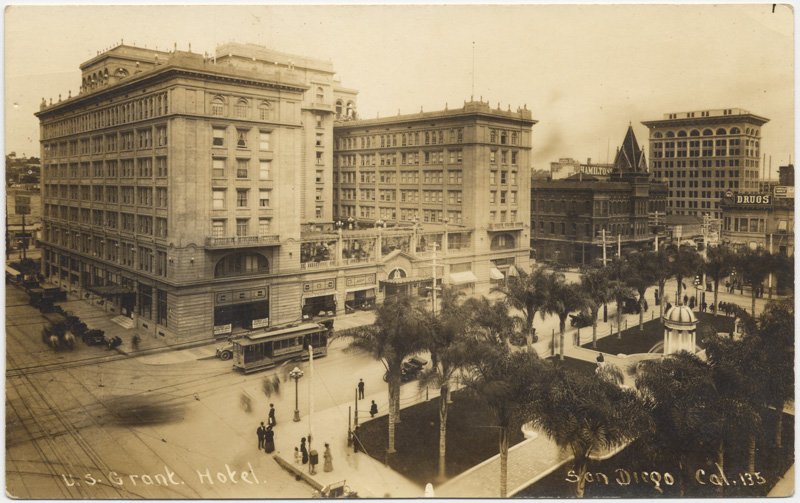 The Hotel featured on yet another postcard, this time in vibrant 1952 color. Radio towers are clearly visible 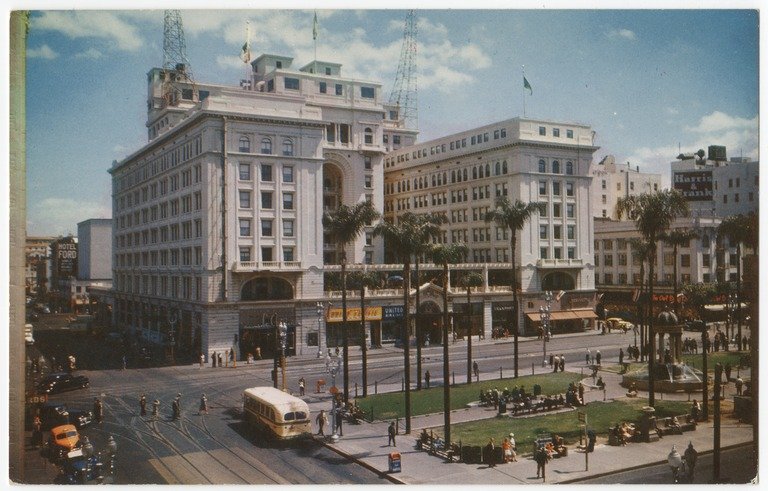 View of the Grant's opulent lobby in 1910, when the hotel was brand new. The hotel's original $1.9 million construction cost is equivalent to over $45 million in 2018. 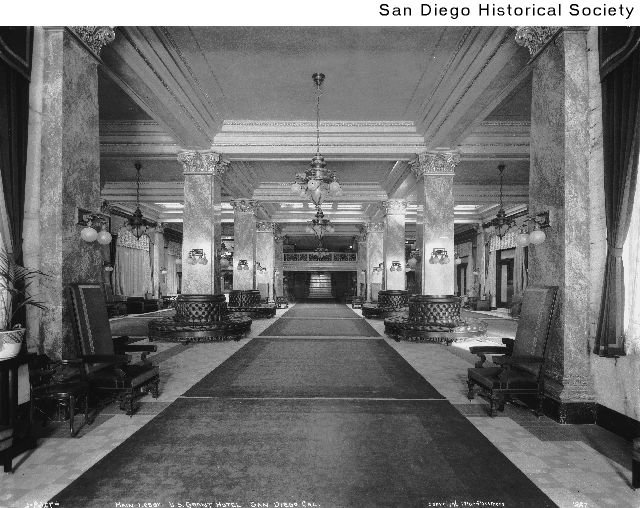 A 1915 view of the world's first electrically lit fountain, allowing for this photograph to be taken at night--a rarity for the era, as the sensitivity of film stocks at the time made it difficult to expose film properly in dark environments. 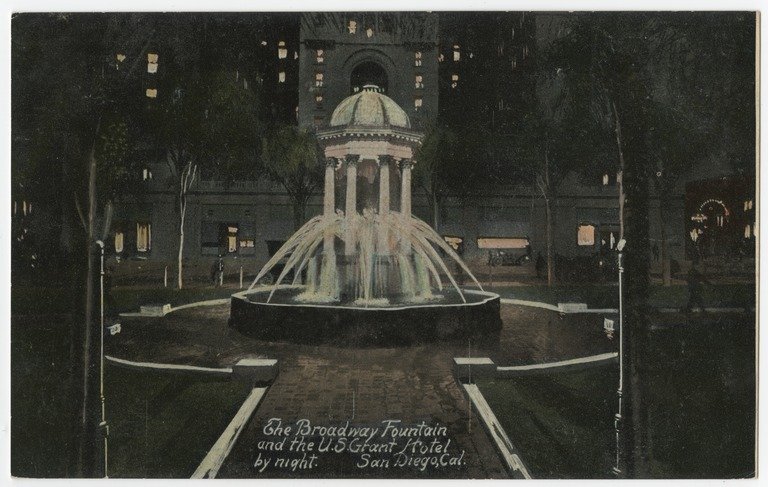 The Hotel's founder, Ulysses S. Grant, Jr. and his wife at San Diego racetrack in 1923, only a few years after selling the hotel. Grant's primary business after moving to San Diego was real estate. 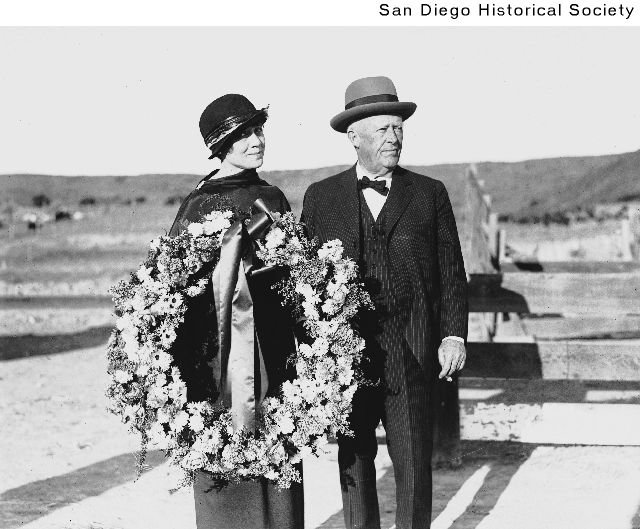 Baron Long, far right, with a number of his business partners. Prohibition racketeering, real estate, horse racing, hotels--Long was a powerful figure in Southern California from the 1910s to 1940s. He kept a stake in the hotel until 1944. 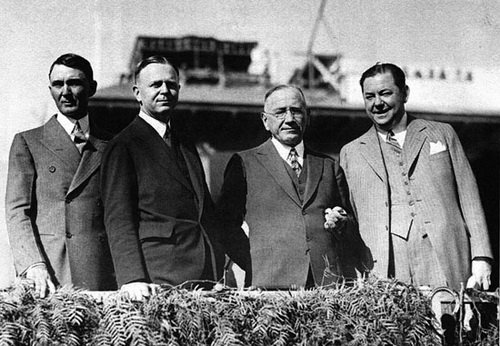 The building, which is now on the National Register of Historic Places, was built with 437 rooms and luxury in mind by Ulysses S. Grant, Jr. In 1919, Baron Long made the hotel enormous profits by finding ways to secretly sell alcohol during Prohibition. Long acquired partial interest in the hotel and completed the lower level rooms, including the ballroom, and added radio towers atop the building--and upgrade which eventually led to President Franklin D. Roosevelt delivering an address to the nation from the hotel's radio station.

Another change of ownership occurred at the end of World War II. New owners made a number of changes including adding the Grant Grill. It was hugely popular and was the site of a sit-in by a group of female attorneys in 1969 to protest gender inequality: at the time, women weren’t allowed inside the establishment until 3 p.m. The policy was eventually changed.

Time had taken its toll by the late 1970s. The shine of the fancy hotel had dulled. There was talk of tearing it down to make room for new development. Christopher “Kit” Sickels bought the building in 1979 and successfully got it added to the National Register. In 1983, he found investors for major renovations and began bring the luxurious hotel back to life. The final bill for the renovation was $80 million. New city developments were underway in the area but Sickels couldn’t afford to wait. He sold the hotel to a Japanese brand.

In 2003, the hotel was sold again, this time to Sycuan Tribal Development Corporation with the sovereign Tribe of the Kymeyaay Nation, which originally owned the land where the hotel stands. They renovated it again for $56 million and then added another $13 million redesign completed in 2017. Today the hotel is a vibrant and popular place in downtown San Diego. It also boasts an art collection valued at $6.5 million.