Completed in 1928, the Northern Life Tower skyscraper represents a dramatic shift in the appearance of Seattle's skyline with designs that attempted to emulate the speed, efficiency and power found within modern technology, as well as demonstrate the economic high-times and faith in progress associated with the "Roaring '20s." Designed by Eliel Saarinen, who won 2nd place in a Chicago Tribune contest, famous, The Northern Life Tower was the first building in Seattle to embrace the Art Deco or Art Moderne style. 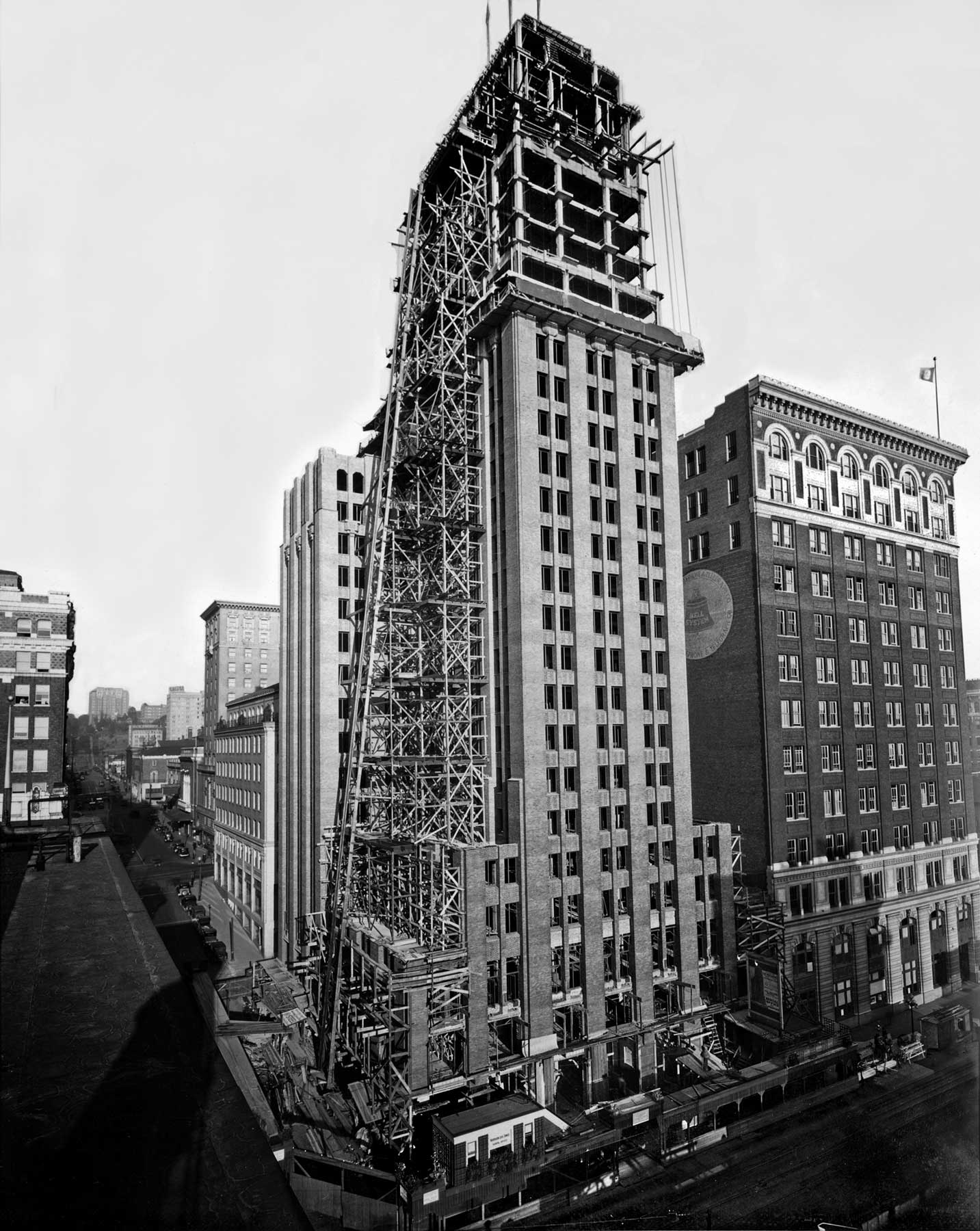 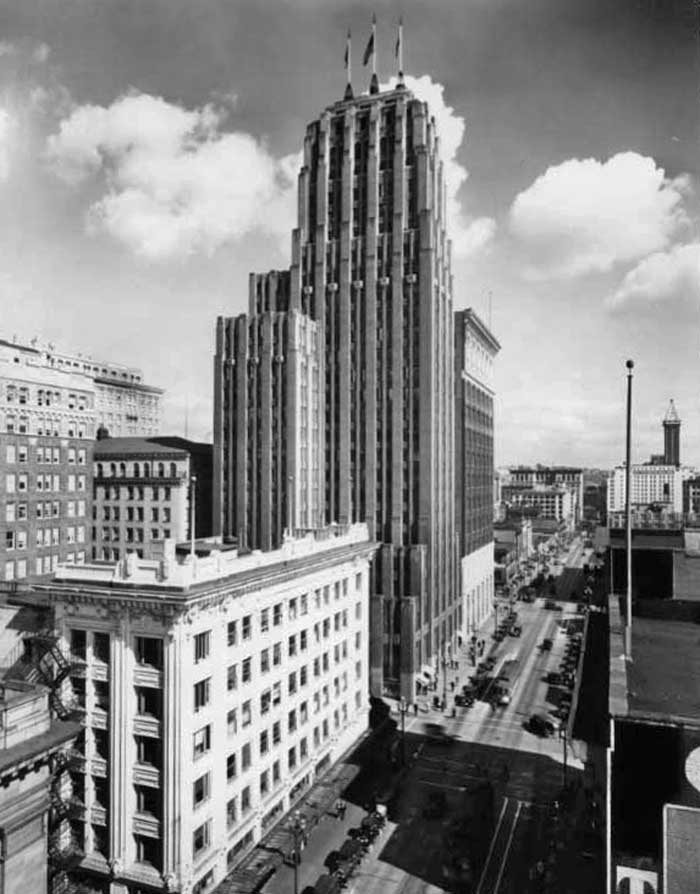 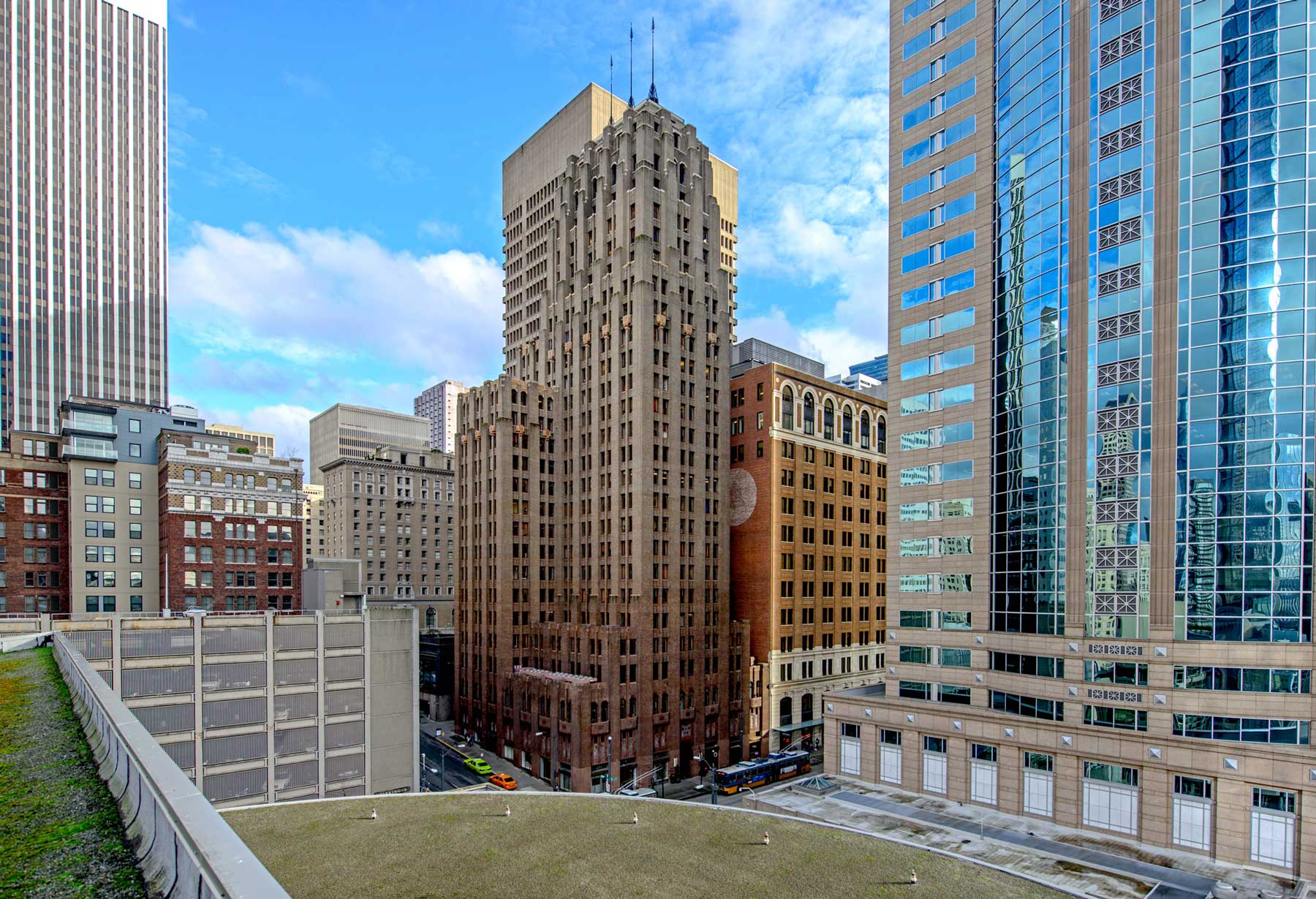 The 1920s epitomized a cultural shift in America; people separated themselves from its 19th-century ideals and believed, more than ever, in progress. The Northern Life Tower, or Seattle Tower, demonstrates that concept - one of the first skyscraper in Seattle. From Great Plains farmers who believed rain followed the plow, to engineers designing tall buildings and airplanes to modern advancements such as electricity and radio, the country (mostly, white Americans) -- was confident and wealthy.
Designed to function as a modern office building full of distinction and character, the Northern Life Tower became the home of the Northern Life Insurance Company on March 18, 1929, after roughly a year of construction costing nearly $2 million.  Founded in Seattle in 1905, the family-operated Northern Life Insurance Company remained in business until 1977 when it was sold. Like many businesses in the modern era, it has since been absorbed into several other corporations through mergers and buyouts.
Although fewer stories than nearby Smith Tower, The Northern Life Tower was built at a higher elevation, making it Seattle's highest human-made point. The building is considered Seattle's quintessential Art Deco skyscraper, inspired by the mountains that surround Seattle. The multi-colored brick becomes gradually lighter with height, while light terra-cotta resembling snow-capped rocky peaks adorn the finished piers. Additionally, metal rods resembling evergreen trees crown the building. When the tower was opened, more than 300 floodlights shined upward against the building, reminiscent of an Aurora Borealis (but they were dismantled during World War II, in 1942).
The insurance company only occupied a few of the building's floors, the rest filled by numerous investment groups, banks, and other business the symbolized the nation's and Seattle's economic boom of the "Roaring '20s." Moreover, the building possessed a grand lobby faced in dark marble and illuminated with electric lights, as well as brass and gold leaf decorations. Onlookers could also gaze at the huge brass base-relief map of the Pacific Ocean outlining the Pacific trade routes that helped Seattle become the metropolis it was in 1929. Indeed, the map included the motto "Westward the Course of Empire Takes its Way."
Many tenants called the tower home, including the Federal Bureau of Investigation and several radio broadcasting companies and businesses. In 1967, the building was sold to Tower Associates and began to be known as the Seattle Tower.
Still operating as an office building today, it stands as a monument to an era steeped in economic and technological optimism.