In 1785, the nascent United States government sent the First American Regiment, the country's only body of troops aside from a few garrisons, to the confluence of the Muskingum and Ohio Rivers. The men built a pentagon-shaped fort on the Muskingum's western bank. The installation was named after its first commanding officer, Colonel Josiah Harmar. As the frontier moved westward, Fort Harmar was abandoned and demolished in 1791, and civilians occupied the site. Although part of the same community, there was friction between people living on the east and west sides of the Muskingum River. The west side separated themselves and became known as Harmar. Today, the Putnam Street Bridge and the Harmar Railroad Bridge connect the east and west sides forming the largest historic district in Ohio. 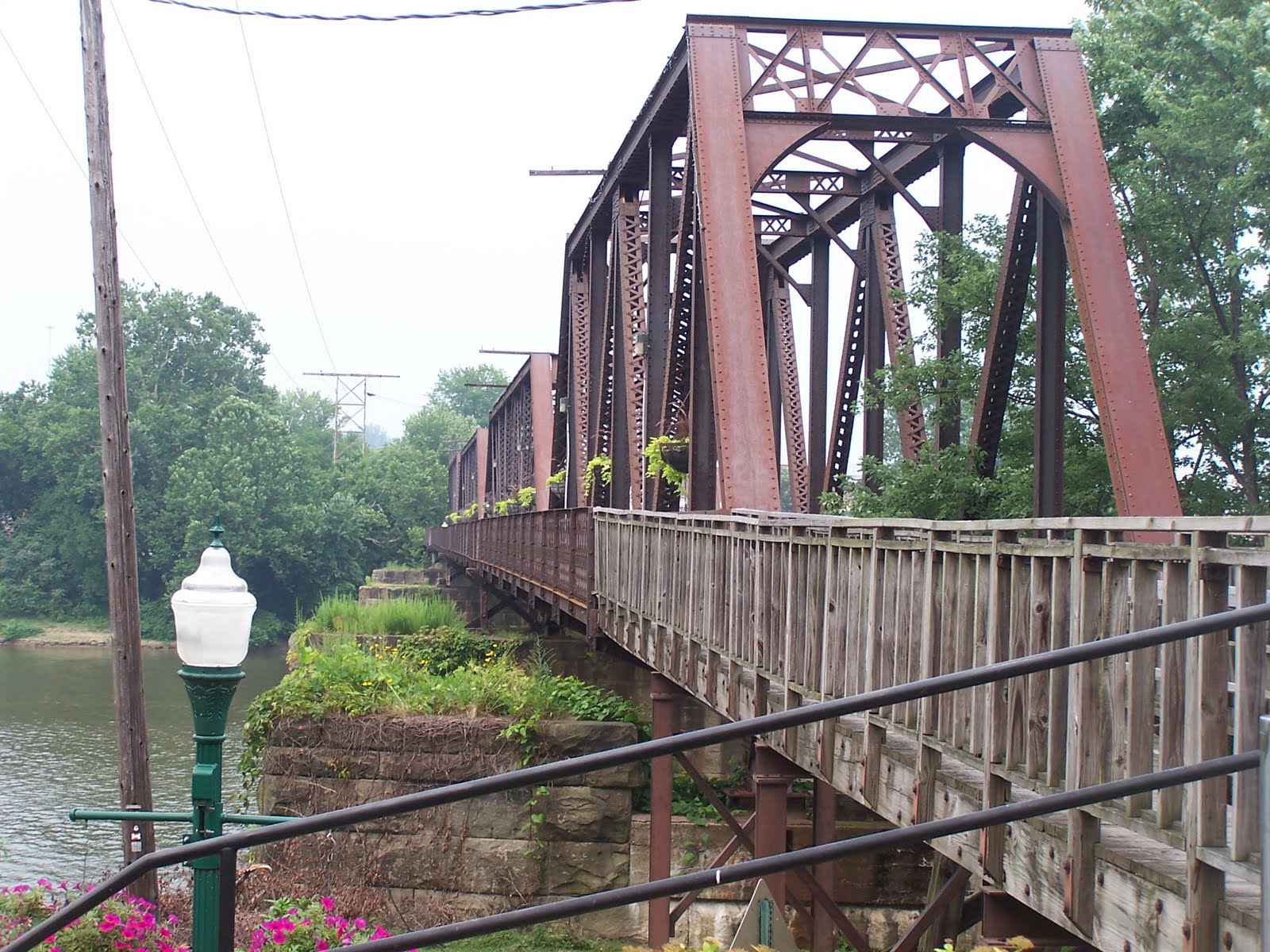 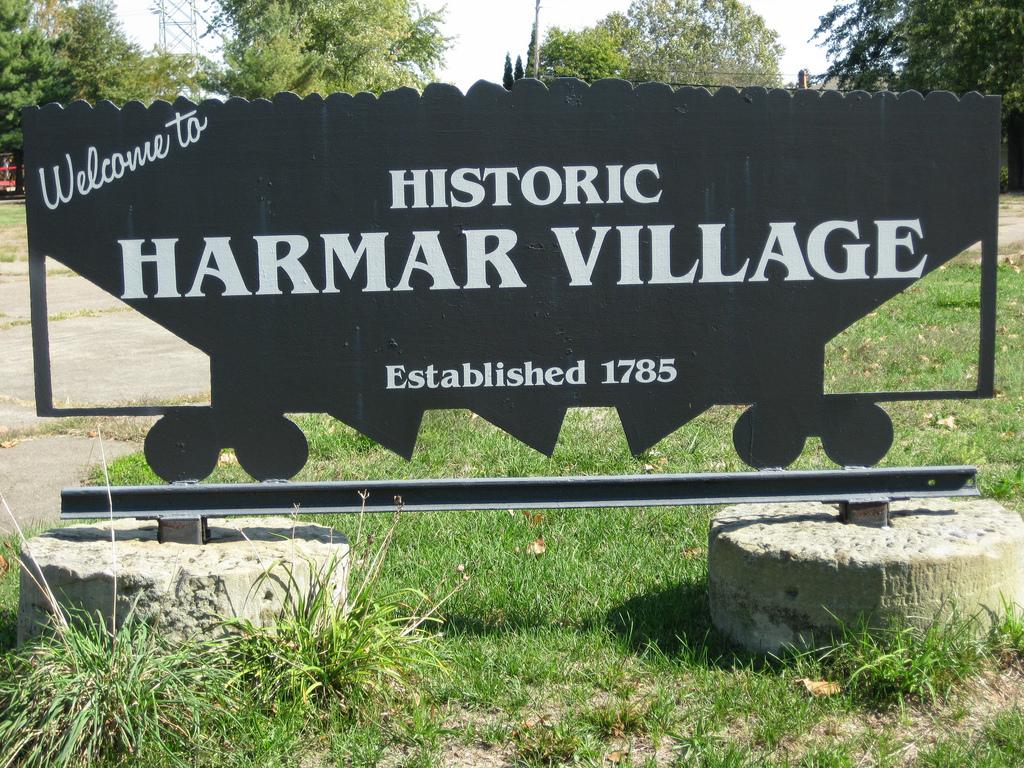 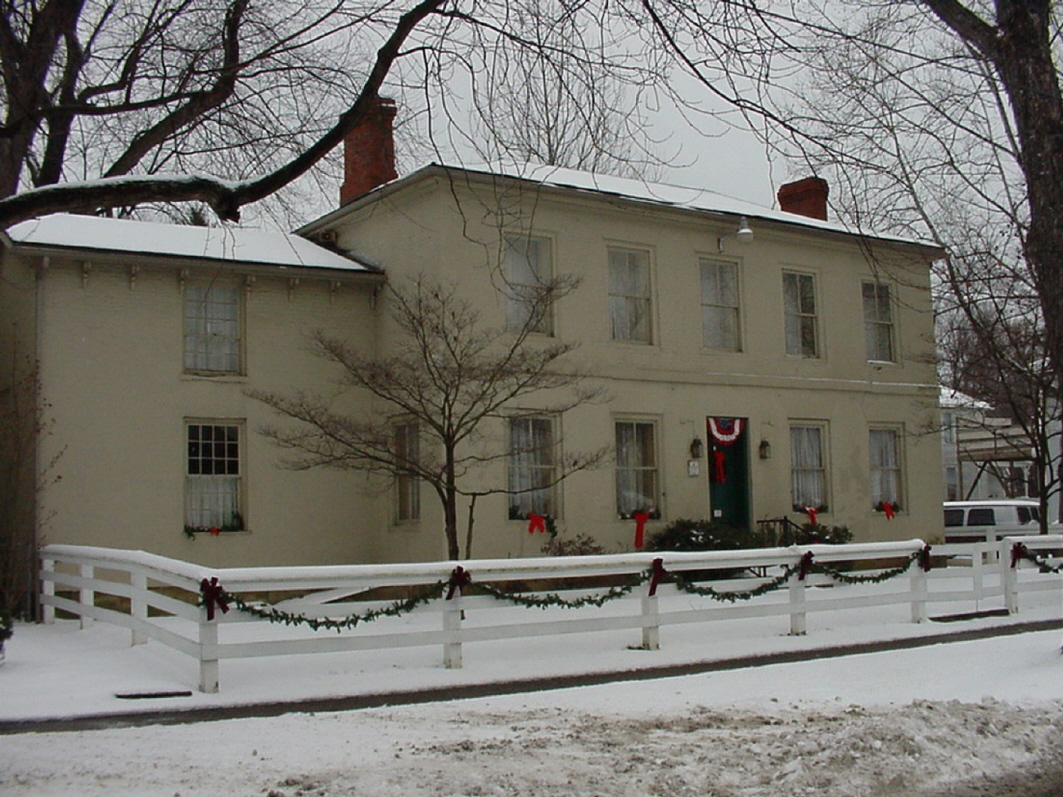 Whenever the east and west sides of the community were in dispute, it caused friction and mistrust amongst the people. In 1837, these disputes exploded into open warfare. The disputes, which centered on the location of a planned Muskingum River boat lock, became so toxic that people from the west side voted to secede from Marietta. This is what drove them to separate and become Harmar village. It then took more than fifty years for the topic to be discussed again. A discovery of oil and gas was fueling an economic boom, and even those who had previously been against reuniting seemed to be in a conciliatory mood. The Marietta Board of Trade invited Harmar residents to formally join Marietta. In 1890, the question was put to a vote, and by only ninety votes, Harmar became part of Marietta once more.

One of the most interesting historic sites in the Harmar Village is the Harmar Railroad Bridge. It began life in 1865 as a covered bridge for pedestrians and horse-drawn wagons. In 1873, the superstructure was reinforced, and the span was converted into a railroad bridge. Repeatedly repaired after flood damage, the bridge carried train traffic until its closure in 1968. Due to the flooding, the Marietta and Cincinnati Railroad began to build a bridge to Marietta from the west side of the Muskingum River in the 1850s. The bridge did not get far because the company went bankrupt before the bridge was completed. In 1873, they tried again to make a stronger bridge, but the flood of 1884 eventually destroyed the structure. It was rebuilt with the second pier on the east side holding the turntable of the draw span that was erected in 1895. It was then was used for railroad use until 1962. In 1987, it reopened thanks to the efforts of the Historic Harmar Bridge Company. The Harmar Railroad Bridge is one of the last operational hand-cranked, swing-span railroad bridges in existence. It is cranked open each summer during the Historic Harmar Days celebration. This usually occurs in July.

Another attraction in Harmar village is the Henry Fearing House. Located at 131 Gilman Avenue, the house was built by the Fearing family who was early settlers of Marietta. Paul Fearing came to Marietta in May of 1788 and practiced law at Fort Harmar. He was the first lawyer in the Northwest Territory. His son, Henry, build this two-story brick house on the corner of Market Street and Gilman Avenue in 1847. Locally, Fearing was a businessman who developed property and had many investments, including part interest in a steamboat. He also helped raise money to support the construction of the Woman's Home built in 1885. He was an active member in the Whig party and an advocate for the Temperance Movement. In educational efforts, he was a trustee of the Harmar Academy. His daughter, Carolyn, was the mother-in-law of United States Vice President Charles G. Dawes. Benjamin Dana Fearing, a son, was one of the five Civil War generals from Washington County. Henry Fearing lived in this house until his death in 1894.

The house itself, built during the Federal Period and of Neo Georgian style, is a basic rectangular structure of brick set on a cut sandstone foundation. The shallow-pitched hipped roof and windows arranged symmetrically around a center doorway are typical for the period. In 1870, an addition was attached on the south side. In 1974, the Washington County Historical Society purchased the house. After a long renovation, it was dedicated as a museum in 1983. The museum, containing many artifacts, depicts the lifestyle of Marietta's middle class during the Victorian Era.