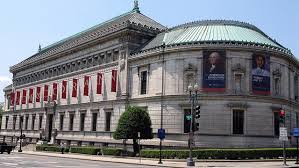 The Corcoran Gallery of Art was founded in 1869 by William Wilson Corcoran and quickly became one of the country's leading fine arts galleries. It was originally established at 17th Street and Pennsylvania Avenue but was relocated in 1897 after the construction of a new facility at its current location. The building was designed by Ernest Flagg and measures at 135,000 square feet.

The Corcoran galleries are now closed and are scheduled to reopen in late 2015.