The Frontier Army Museum at Fort Leavenworth offers a variety of exhibits and artifacts that tell the story of the US Army in the West from 1804 to 1916. The museum showcases artifacts and replicas of tools, weapons, and equipment utilized by the frontier soldiers and their enemies during western expansion. Officially organized in 1960 as one of the museums operated by the US Army, this museum welcomes tens of thousands of visitors each year and continues to expand its holdings. To visit the Frontier Army Museum guests must visit the Visitor Control Center and obtain a pass.

The front of the Frontierr Army Museum after it was moved to its new location. 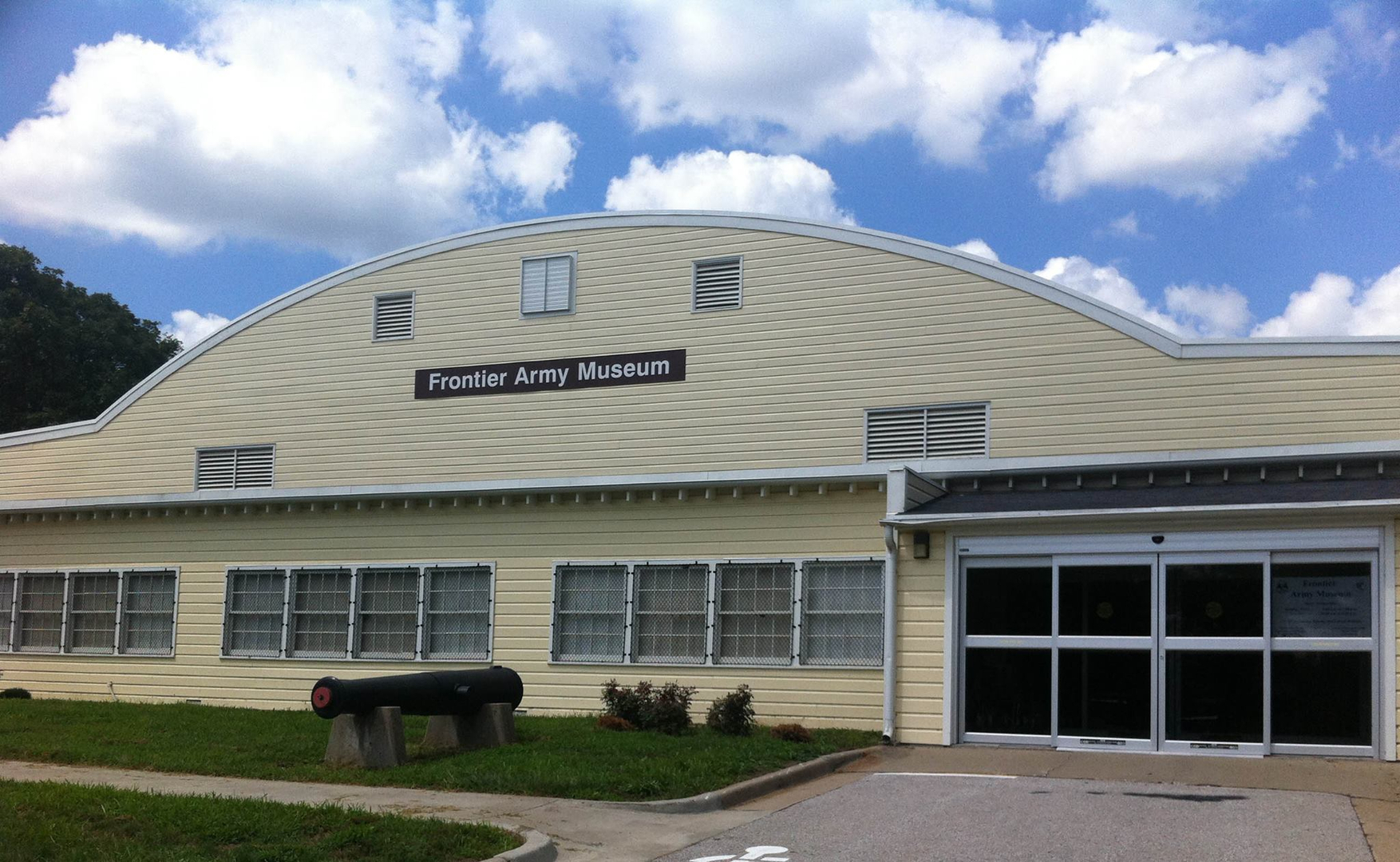 Exhibit in the Frontier Army Museum that shows the transportation and artillery used during that period. 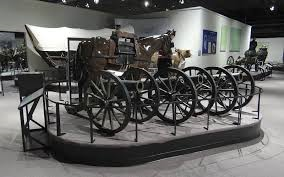 Exhibit of a frontier surveyor using a telescope to gather information of the land. 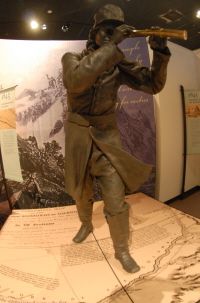 During the westward expansion of the 19th century following the Louisiana Purchase, the task of trekking and surveying the land was assigned to the Army. May 1804 to September 1806, the first individuals tasked with this duty were Captain Meriwether Lewis and Lieutenant William Clark whos. These two men were ordered to explore the newly acquired territory and find a water route to the Pacific.  The other military objective was to create an American presence in the newly acquired territory to deter Native Americans and European powers such as Britain and France from interfering with expansion. In 1827, Cantonment Leavenworth, later Fort Leavenworth, was built as a forward operating base for further expeditions into the western portion of the United States.

Soldiers in the frontier were involved in several conflicts while securing the Santa Fe Trail and the Oregon Trail, and providing order during the expansion. During the early periods of expansion, surveyors and scientists embarked on expeditions to create maps and categorize the area. These expeditions required military escorts to deter Native American attacks.  In 1830 during the Black Hawk War, the Indian Removal Act was passed and the Frontier Army was taxed with moving the Native Americans from their land.  This only heightened the tensions and caused more conflict which was observed during the Second Seminole War which ended in 1842.

While the Frontier Army was battling the Native Americans, the plan for national defense was to place a chain of posts manned by small units with infantry travelling between posts. The United States also faced problems from their southern border with Mexico as seen in the 1836 Texas Revolution and later in the Mexican-American War.  The Mexican-American War saw a change in fighting for the U.S. Army as the organization became more professional and officers began to display more strategic creativity.  During the entirety of the conflict, 13,780 Americans died due to combat and a little more than 2,000 deserted.  At the conclusion of the war in 1845, the Treaty of Guadalupe Hidalgo gave the United States access to modern-day New Mexico, Arizona, Nevada, Utah, and California for $15 million.

Including the southern territory, the Frontier Army conducted operations in the western campaign of the Civil War, including battles along the southern border that allowed the Union to control the Mississippi River.  The conflicts continued with the Native Americans up until the late 19th century as Native Americans revolted against living on reservations.  Most of these same troops were called upon during the Spanish-American War and later the Great War of 1914-1918.

Tate, Michael L. The Frontier Army in the Settlement of the West. University of Oklahoma Press.