Owing to the historic significance of many of the residents of Smith Court, including William C. Nell who fought for racial equality in 19th century Boston, the buildings of Smith Court are part of the Black Heritage Trail in Boston. These dwellings date back to the early 1800s and a majority of the residents of Smith Court were black by the 1830s. Residents include James Scott, who assisted runaway slaves and author William Cooper Nell who also led the Boston Vigilance Committee who assisted fugitive slaves. These notable homes stood at the center of Boston’s black community during the middle and late nineteenth century. Prominent black business leaders such as Joseph Scarlett lived on Smith Court until 1898. 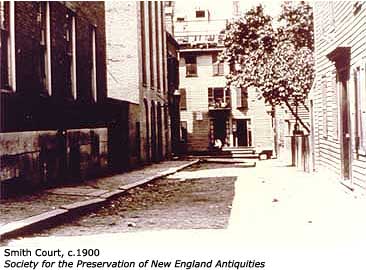 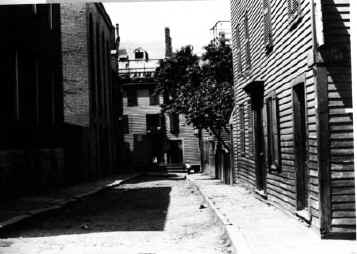 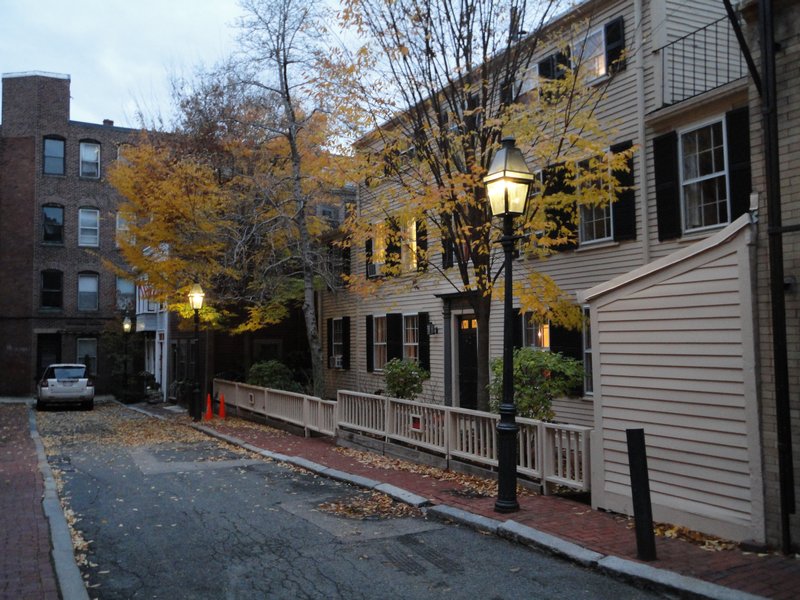 There is a separate article written on the famous house at 3 Smith Court.  It was once the residence of William Cooper Nell, an African-American activist who fought for equal school rights in the mid-nineteenth century.  The two-family home was officially designated as a National Historic Landmark and added to the National Register of Historic places in 1976.

The next house, located at 5 Smith Court, was built sometime in the early part of the nineteenth century.  This home consists of three stories and is covered with reddish-brown clapboard siding. A lawyer built the home as an investment – he rented it out to make additional money.  The house was later purchased by the deacon of the African Meeting House, a man named George Washington, in 1849.  He rented out the first floor while he lived in the upper area with his wife and children.  Accounts vary, but he had nine or ten children living together in this small space (the City of Boston’s Assessing Department states that the entire house only contains about 1,458 square feet of living space).  Washington passed away in 1871 but the house remained in his family until 1917.  Today, the house is worth over $1.3 million.  It is privately owned and therefore not open to the public for viewing.

The next stop on the trail brings visitors to a small two-story home with light blue clapboard siding located at 7 Smith Court.  This house was used as rental property for many years as well.  An early owner, a white merchant named Elihu Bates, took in tenants beginning in 1822.  In 1857, the property was purchased by an African American real estate investor, Joseph Scarlett.  Scarlett owned several of the buildings on Smith Court was well as others in the Boston area.  He owned 7 Smith Court until his death in 1898.

7A Smith Court stands directly behind number 7, in what is called Holmes Alley.  This house was built in 1799, making it one of the oldest houses on the block.  It is three stories high and has yellow clapboard siding.  According to the National Park Service, this structure is the only surviving example of the early homes that lined the eight-foot wide Holmes Alley, where backyards are found today.  The house was initially owned by two men, a New Bedford mariner named Richard Johnson and a hairdresser named David Bartlett.  The property went through several hands before Joseph Scarlett purchased it in 1858.  Scarlett owned and rented out the property, like he did with many others, until his death in 1898.

The homes at 7 Smith Court (970 sf) and 7A Smith Court (1,305 sf) are each valued by the City of Boston at approximately $1.1 million.  Both are privately owned and therefore not open to the public for viewing.

Finally, 10 Smith Court was constructed in 1853 for Joseph Scarlett (the same man who owned numbers 7 and 7A).  This building abuts the African Meeting House, which is the final stop on the Black Heritage Trail.  By the time that Scarlett passed away in 1898, he owned at least fifteen investment properties.

The Museum of African American History lists the final Smith Court Residence as #10 Smith Court.  It reports that the house is situated directly next door to the African Meeting House.  However, there is no listing for 10 Smith Court on the City of Boston’s website.