Built between 1909 and 1910, the Cobb Building was part of Seattle’s Metropolitan Tract-- an early example of urban planning where developers conceived of creating a "city within a city." The Metropolitan Tract was located in the area that had been home to the University of Washington and reflected the rising pace of Seattle's construction boom and the city's transition towards urban planning in the wake of the Great Seattle Fire. The Cobb's rooftop became a major tourist attraction, and the building's lavish decor and Terra Cotta exterior features impressed visitors. These Terra Cotta features included carved statues of Native Americans as well as ornately carved marble features on the building's 10th floor. The Cobb Building now operates as a luxury apartment complex. 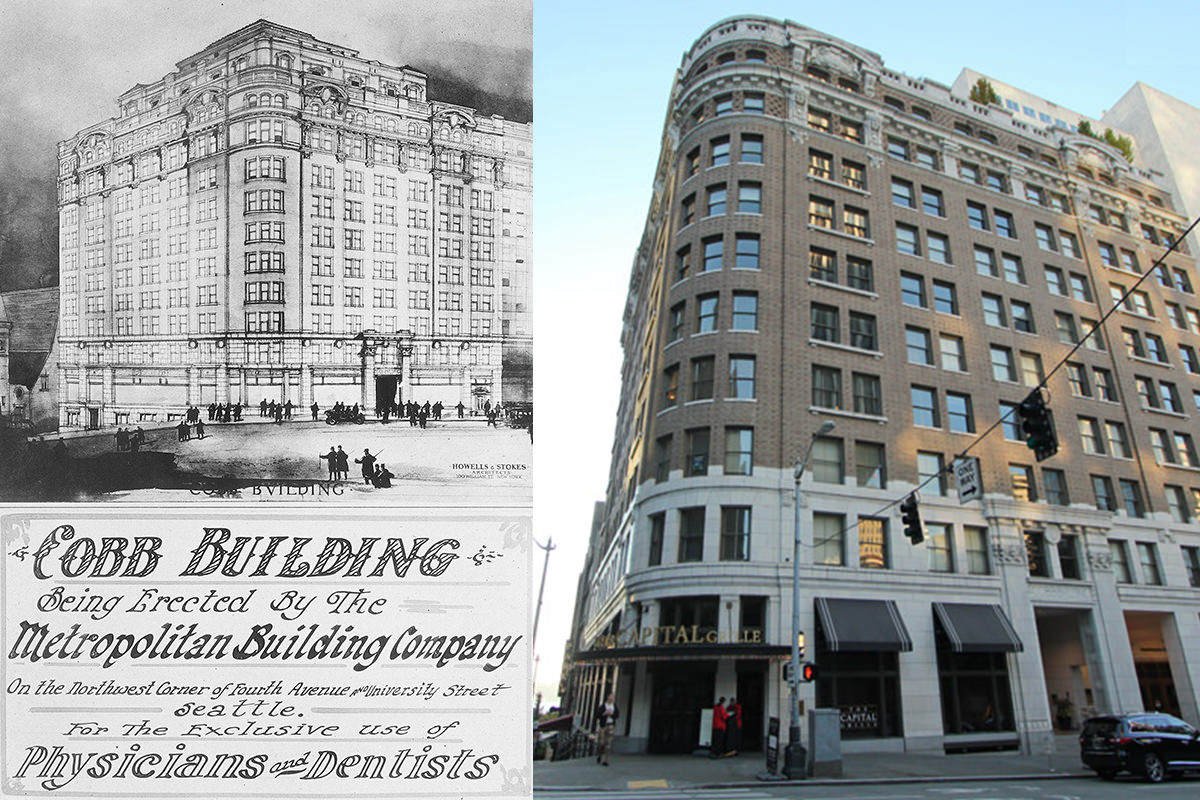 The Cobb was part of a larger urban development known at the time as the "Metropolitan Tract." 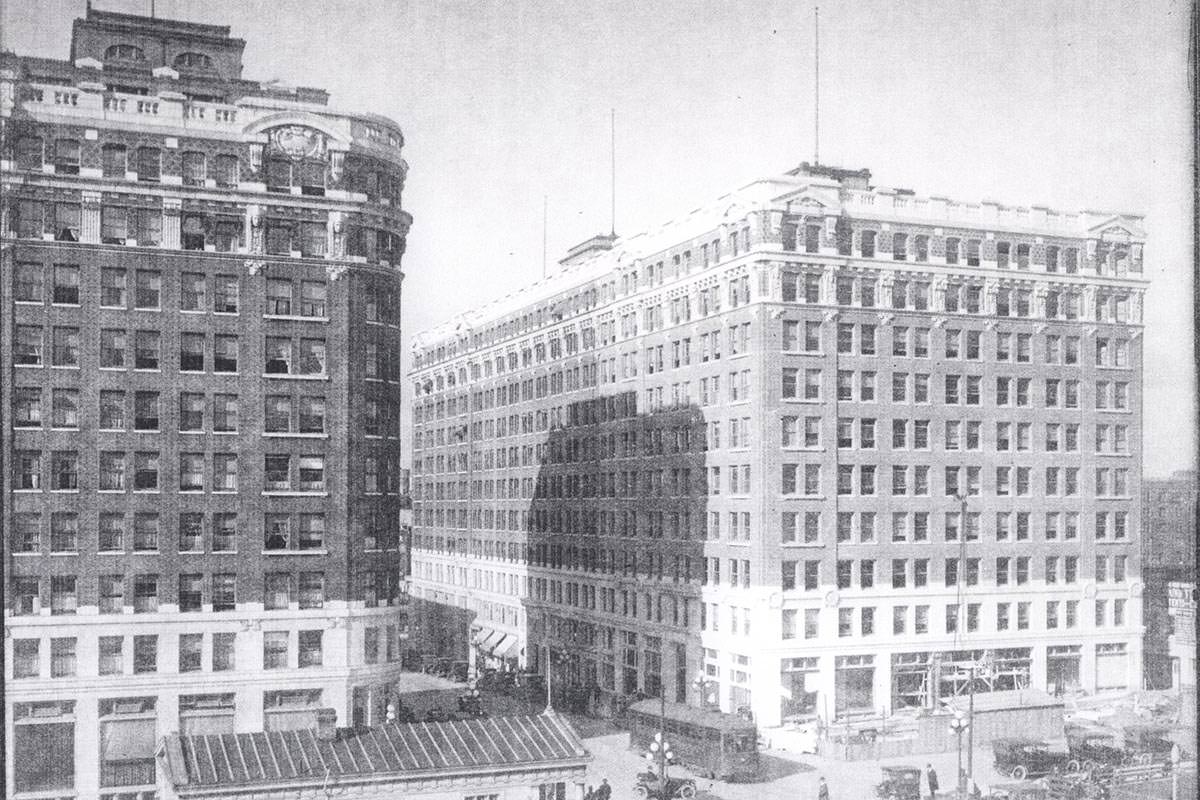 The building features Terra Cotta and ornate carvings such as this caricature of a Native American leader. 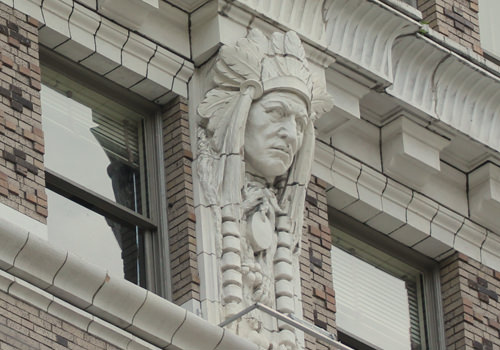 The building is now home to a luxury apartment complex. 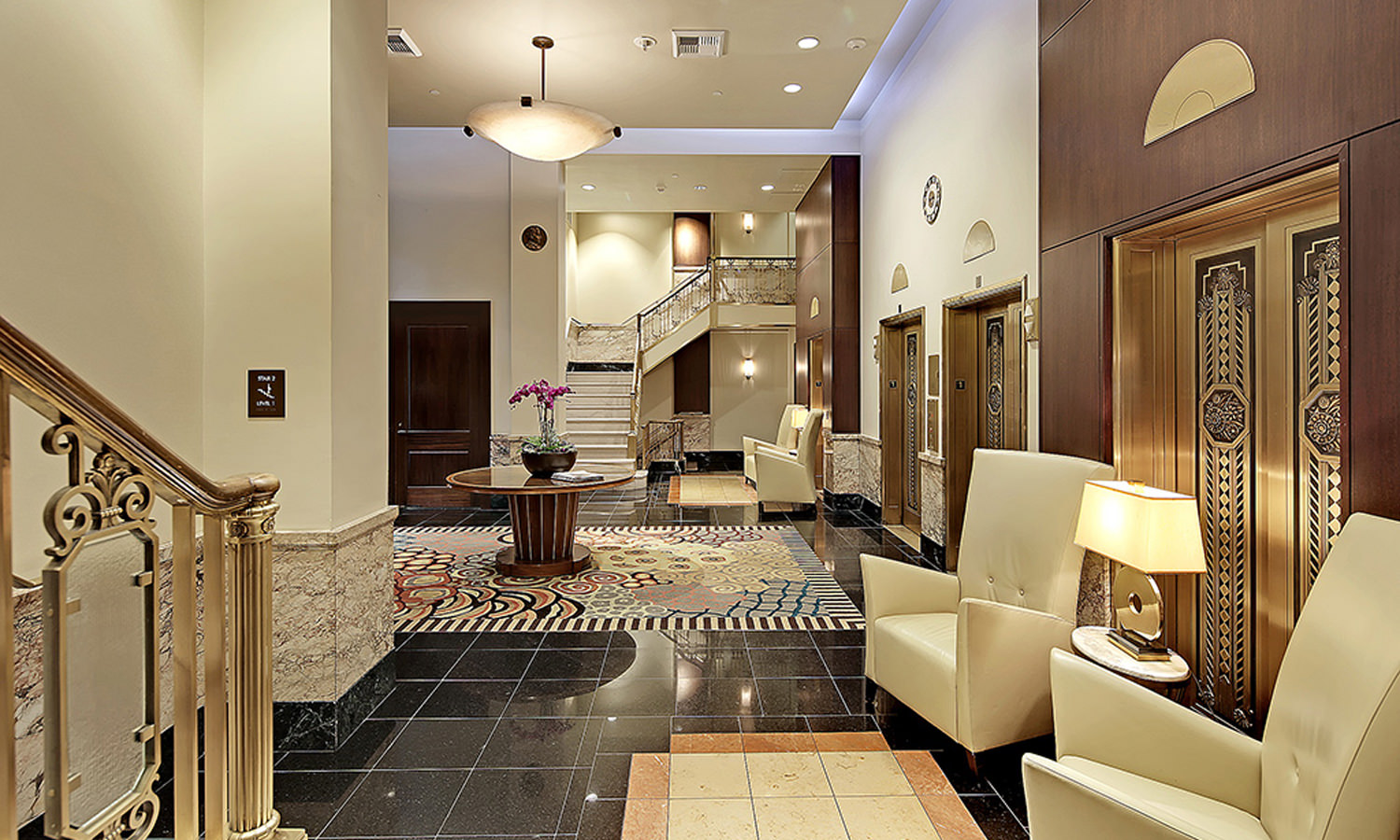 During Seattle's rapid economic, population, and construction boom of the early 20th century, the downtown area flourished. The Cobb Building reflects this growth and optimism and was part of a planned development of buildings intended to create a "city within a city." Managed at the time by the Metropolitan Building Company, The Cobb was the third major building completed on the former University of Washington campus, which had left the neighborhood to create a campus at Portage Bay in 1895. The Cobb was the first building on the West Coast built specially to serve physicians and dentists.
Investors did not originally jump at the chance to build on the old University site. Many investors feared the former home of the University of Washington was too far north of Seattle's downtown, economic center. However, in 1907, the Metropolitan Building Company (MBC), with the help of a small group of local and East Coast financiers, hired the New York architectural firm of Howells & Stokes to draw up a master plan for the entire tract.
Howells & Stokes developed a plan intended on creating a city within a city comprised of a department store, offices, a hotel, housing, and a central plaza. The firm exhibited its plans in New York to the Architect's League of America and reported in Architectural Record and Pacific Builder and Engineer, where they received an overwhelmingly favorable response. As one of the nation's first planned urban development programs of its kind, it went on to inspired building projects throughout the U.S.
The MBC built the White and Henry buildings, followed by the Stuart, all named for company investors. The building's coordinated facades created the appearance of a single structure, which inspired locals to refer to the entire structure as the White Henry Stuart Building. The MBC then built the Stimson Building, Ice Arena, and Metropolitan Theatre between 1909 and 1915. However, only the Cobb -- opened in 1910 and named for lumberman C. H. Cobb -- avoided demolition in the 1950s and 1970s.
As the West Coast's first building designed expressly for physicians and dentists, the entrance includes a relief of Hippocrates. The facade features large terra cotta cartouches incorporating a stylized Indian chief's face in full headdress. Inside, The Cobb incorporated a bank of four high-speed elevators, additional gas and electrical service, and a built-in vacuum cleaning system. The Cobb's 10th-floor roof garden became a popular attraction for residents and tourists.
Starting in 2006, The Cobb served Seattle as a 92-unit luxury apartment building with LEED (Leadership in Energy and Environmental Design) certification. The Cobb is another example of the economic and population boom realized by Seattle in the late 19th century and early 20th century. Following the Klondike gold rush and expansion in railways and shipping industries, Seattle was no longer a frontier town. The Metropolitan Tract was ahead of its time in scope and ambition, but reflecting the way cities change over time, the Cobb Building is one of the last remaining structure from that period and the University of Washington is returning to the area with plans to build an urban campus.