This Victorian structure was home to the Grand Pacific Hotel in the late 19th century. While serving as a hotel for most of its early years, the property also held a brothel in the early 20th century. The building also held a mission and a children's home. Reflecting investment of cities into their historic districts, redevelopment of historic buildings such as this one in Gaslamp Quarter became a leading project in San Diego in the 1970s and 1980s. This former hotel was one of the first in the area to be preserved and renovated in the mid-1970s. In 2018, the building was further redeveloped as a multi-use building with a restaurant on the first floor. 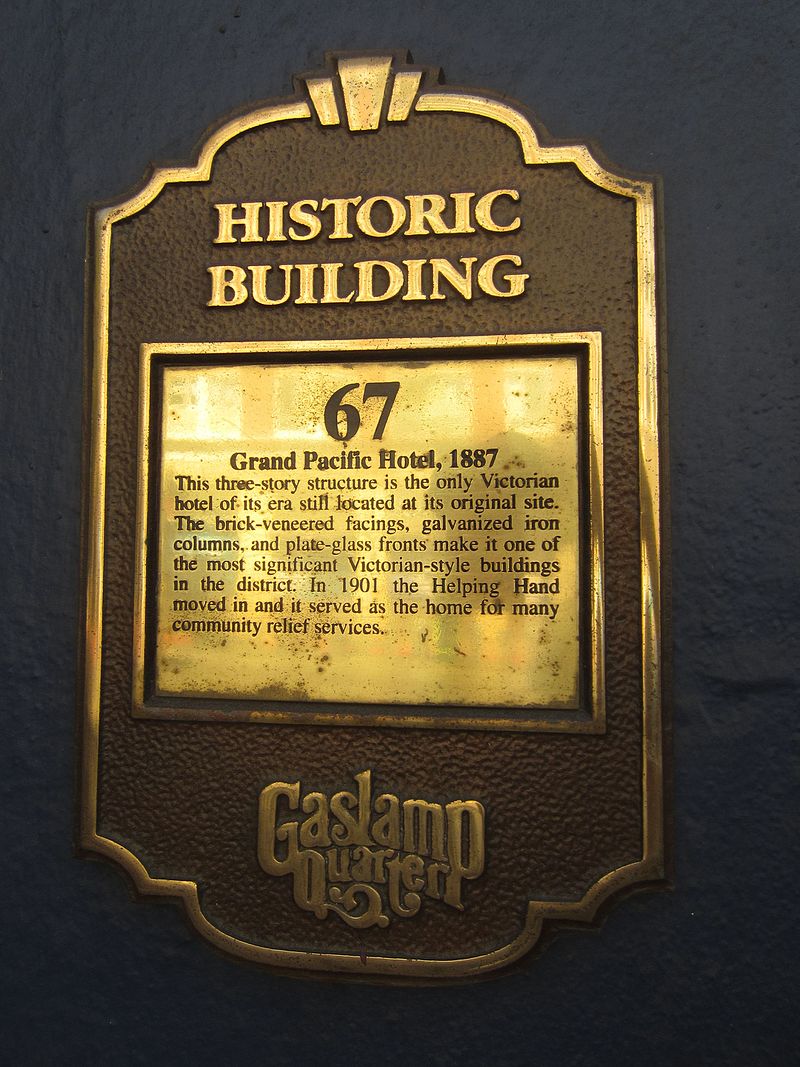 The Gaslamp Quarter Historic District includes 16 blocks with the boundaries of the Bay to Broadway between 4th and 6th avenues. In its early years, the area was a notorious “red light” district and home to many bars and brothels. It remained a questionable area until a group of business owners began to spark change in the 1970s.

The District now has a Victorian theme with brick sidewalks and faux gas lamps to give the neighborhood a unified, historical feel. Many of the area’s historic buildings have been renovated and cared for. Visitors can experience an array of businesses, restaurants and entertainment options in the Gaslamp Quarter.