Built in 1911 and opened in 1912, the Lynchburg General Hospital was the city's first municipal hospital. Originally designed by John Minor Botts Lewis, the hospital was renovated and expanded in 1916, 1932, and 1939. The building continued to serve as a hospital until 1956 when it was converted into a nursing home and renamed the Tinbridge Manor. The former hospital was added to the National Register of Historic Places in 1999. 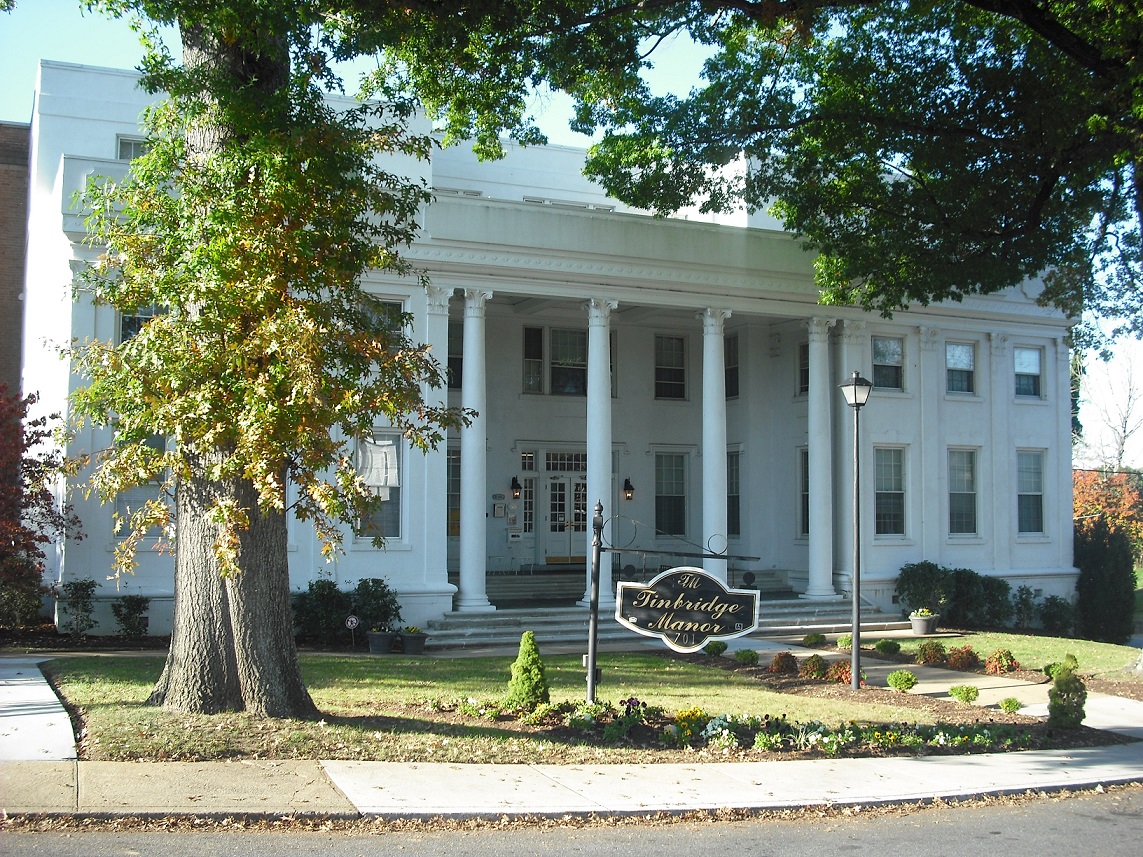 Lynchburg General Hospital on a postcard 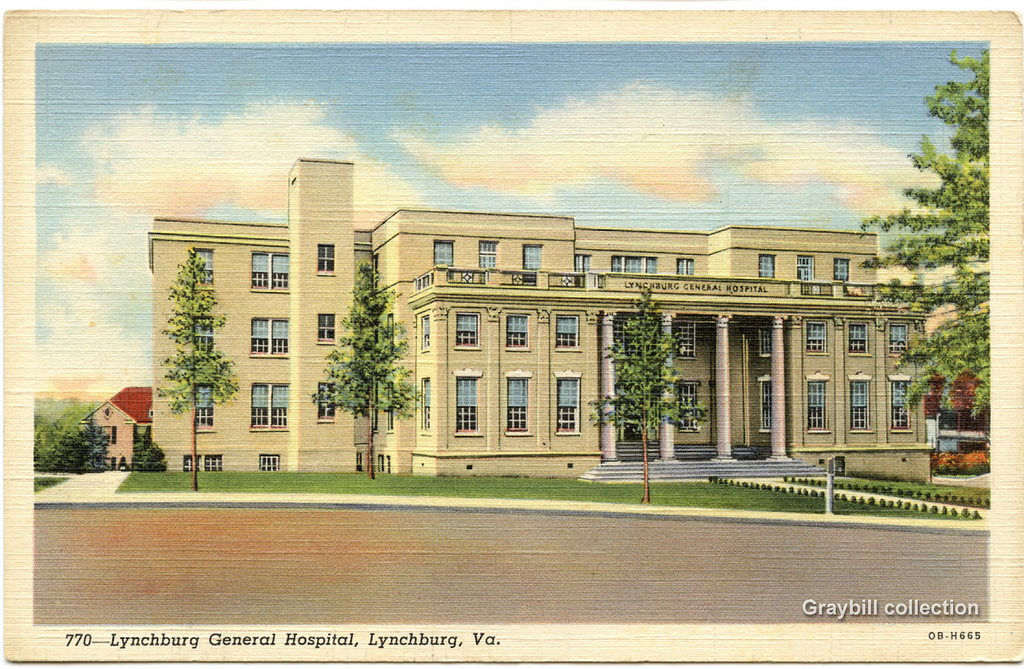 Following the Civil War, Lynchburg's infrastructure was relatively untouched by the fighting, allowing the city to grow. By the early 1900s, the city's population of approximately 30,000 required the building of a municipal hospital. Lynchburg General Hospital was completed in 1911 and opened in 1912, housing 532 patients during that year.

Designed by local architect John Minor Botts Lewis, the hospital was built as a three-story structure in the Colonial Revival Style. After only four years, renovations were made in 1916. In 1932, a two-story addition was constructed on the west side of the building. But the most extensive work was done in 1939 with a nearly complete remodeling. The rear building was demolished and replaced with a three-story addition, and a third story was added to the 1932 addition. The most radical change was the replacement of the Colonial Revival Style facade with a Neo-Classical facade.

Lynchburg General Hospital would move to a new location in 1956, and the building would be converted into a nursing home, renamed Tinbridge Manor. The nursing home would stay open until the early 1990s. The building was added to the National Register of Historic Places in 1999 under its original name.