The original Old Globe Theatre was built in 1935. It was meant to resemble Shakespeare’s Old Globe in London. It was first built to serve the California Pacific International Exposition. When that concluded in 1937, the non-profit San Diego Community Theatre took over operations, and that continues today. Despite adversities, the theatre company has continued to revamp and grow.

The Old Globe Theatre in San Diego is one of the nation's premiere regional theatres. 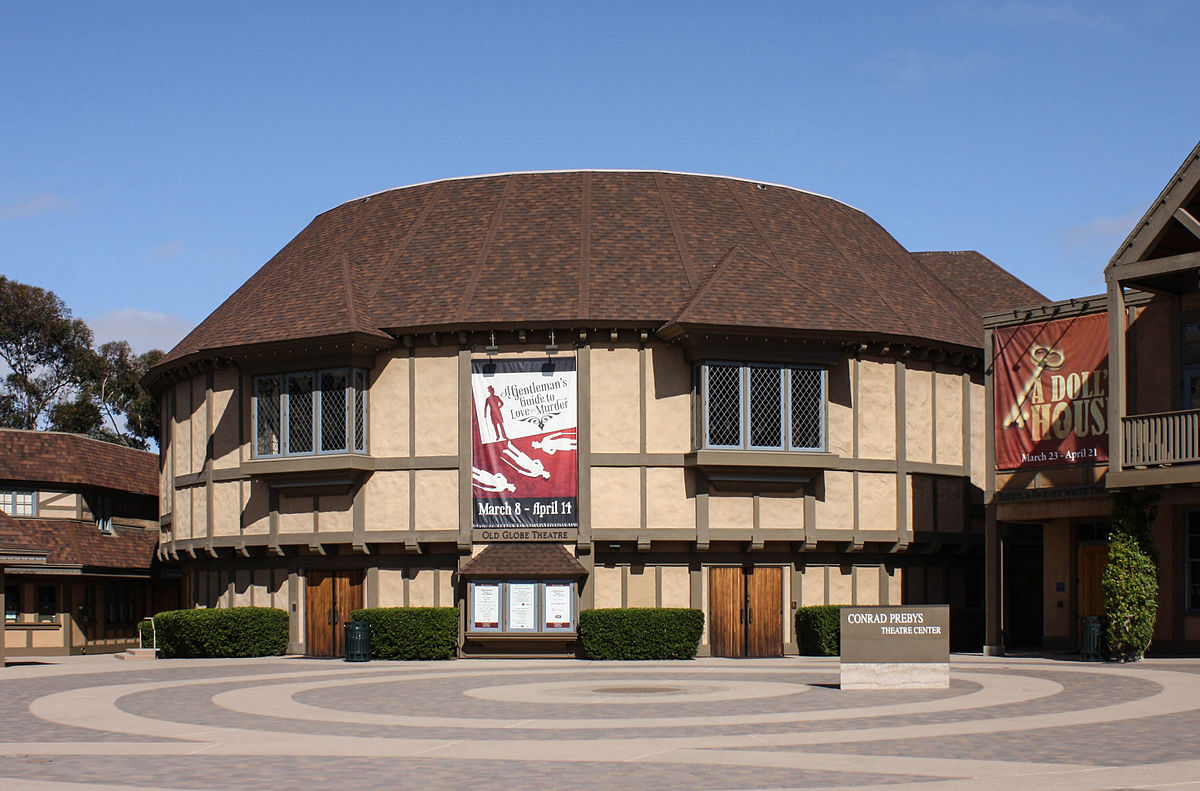 A fire destroyed much of the facility in 1978. Surrounding offices, dressing rooms and other spaces were saved but the main theatre was destroyed. A new 580-seat Old Globe opened in 1982 with a production of Shakespeare’s, “As You Like It.” In 1984 the building suffered another fire, this time the stage area. Again, it was rebuilt.

Throughout the hardships, the commitment to live theatre in the area remained strong. Long-term financial contributions were secured, and the facility continued to be improved with the addition of extra theatre spaces to expand the complex.

The Old Globe has had more 20 shows that have gone to play Broadway and Off Broadway, earning 13 Tony Awards. The Old Globe won a Tony for Outstanding Regional Theatre in 1984. The theatre produces about 15 shows a year and remains one of the nation’s best regional theatres.