St. Joseph Central Catholic High School is a private secondary school in downtown Huntington, West Virginia. Father Thomas Quirk, the first Catholic priest in Cabell County, founded both the church and parochial school in the early 1870s. Originally located on 8th Avenue and 20th Street, the church and school relocated to the corner of 6th Avenue and 13th Street in 1889 under the leadership of Father John W. Werninger. By the 1920s, as the Catholic population in Huntington was rising, the church purchased a lot across from the church to become the site of a parochial high school. The high school, which was rebuilt in 1932, has been remodeled over the years, including a major modern addition in 2000. 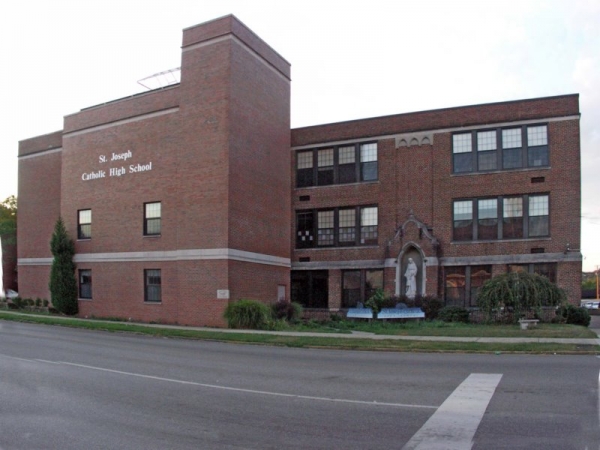 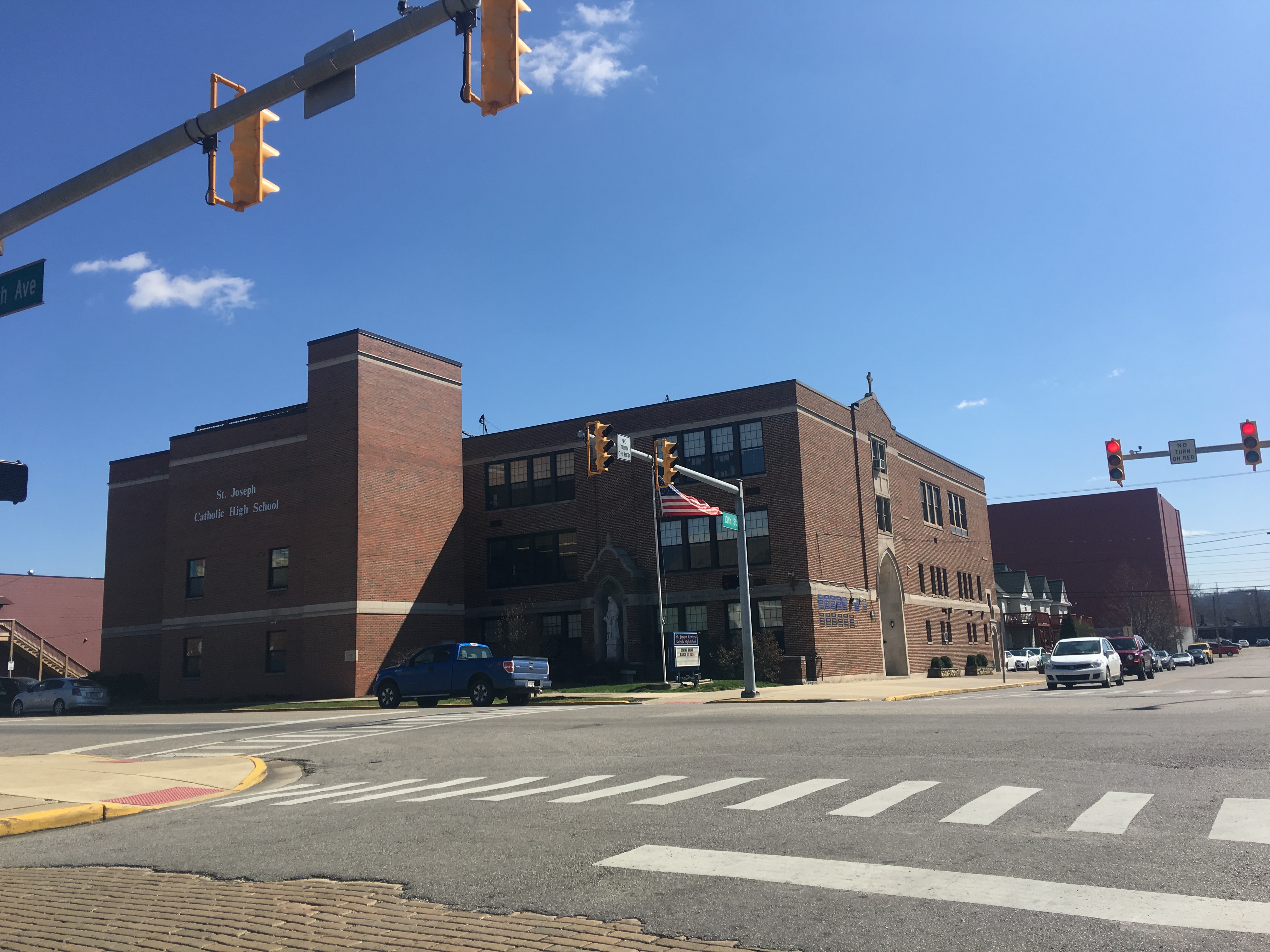 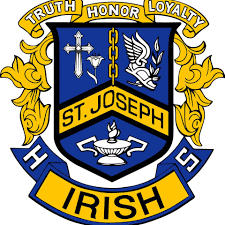 Statue of Mother Mary in the courtyard 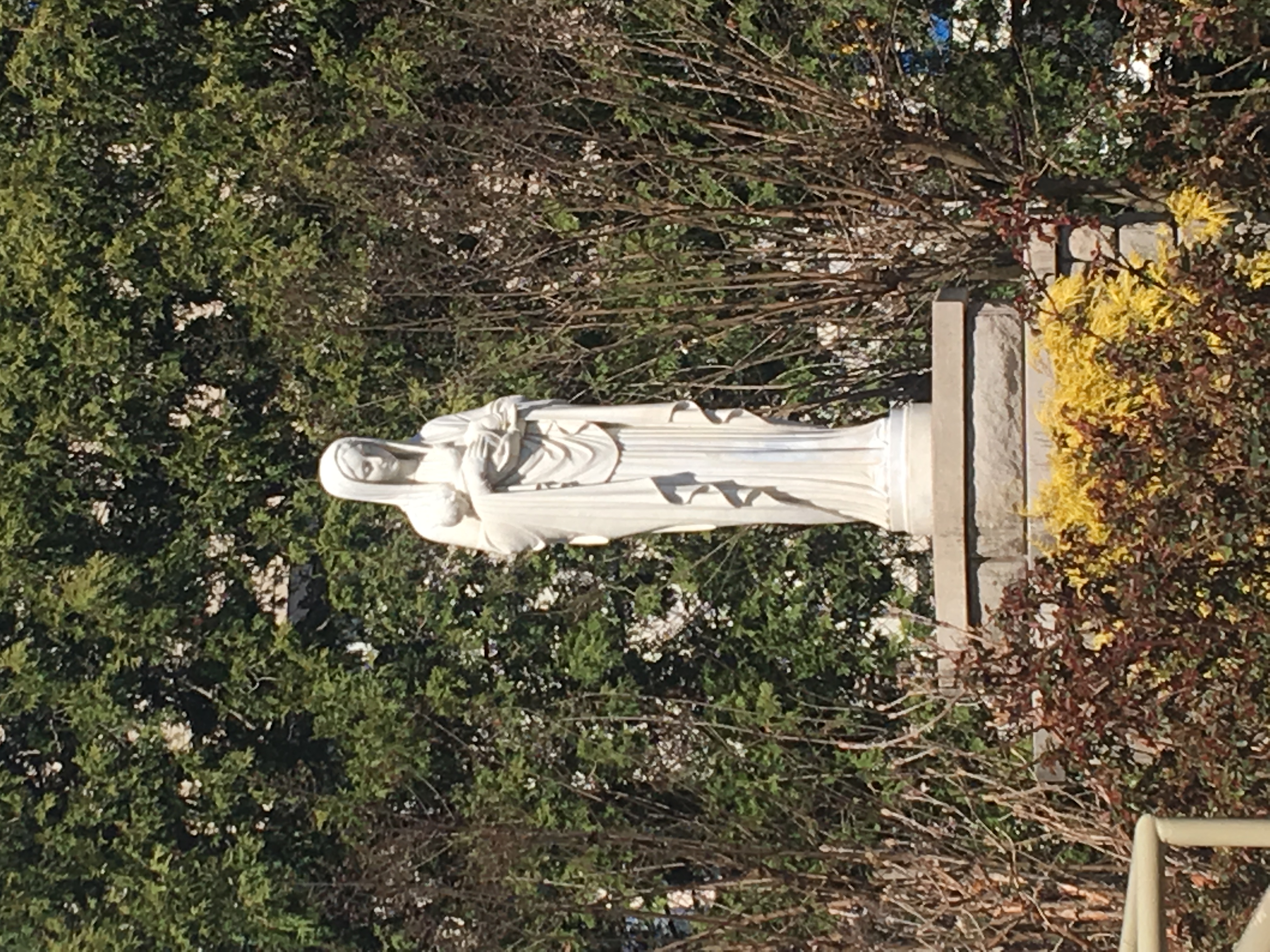 The original St. Joseph Church in 1872 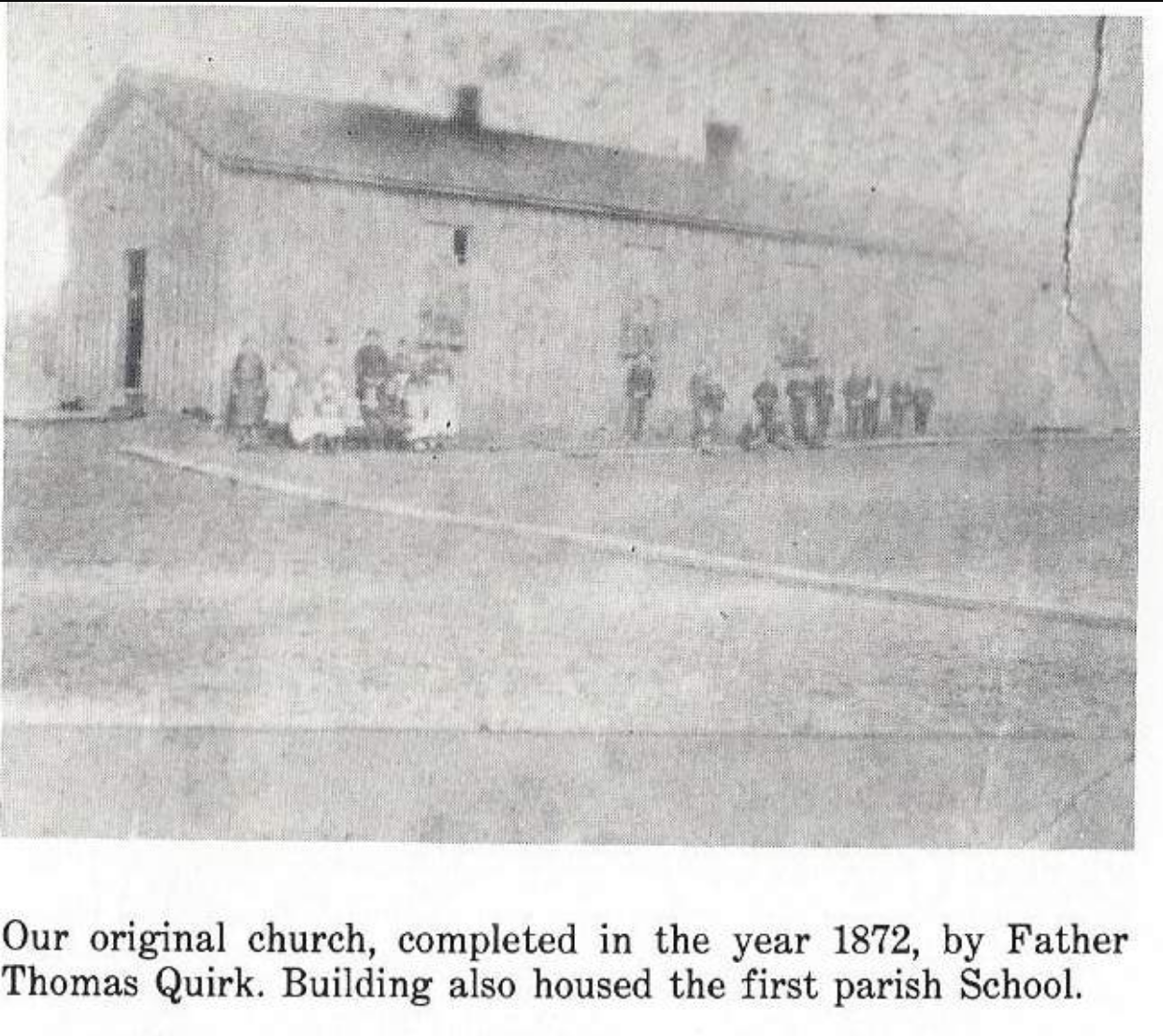 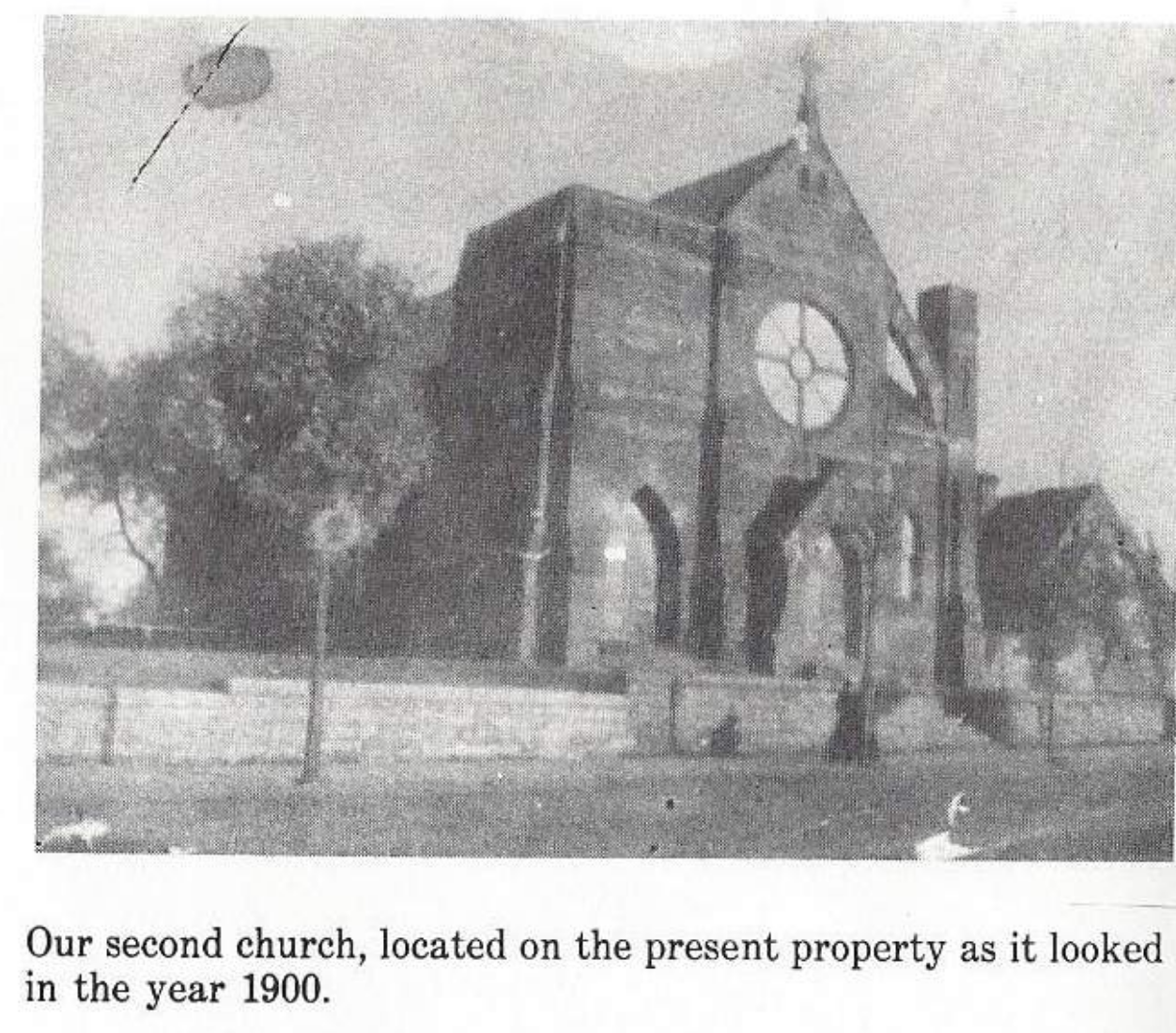 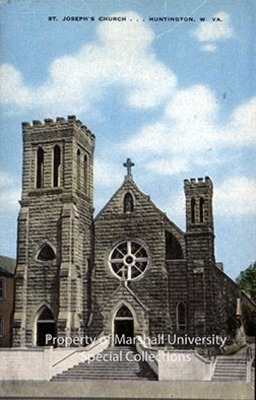 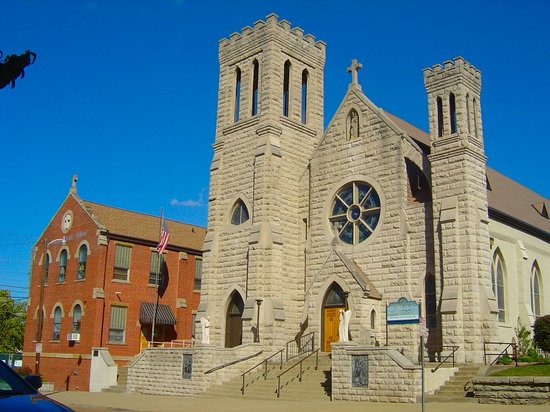 In 1872, Reverend Father Thomas Quirk, a native of South Ireland, was appointed the first pastor of the Catholics in Cabell County. Quirk soon erected a church, rectory and school on 8th Avenue and 20th Street. At the time of the school's creation, some parishioners opposed it, believing that operating a school would present a substantial financial risk to the small congregation. Others, however, including Bishop Richard Whalen, valued Catholic education and supported Father Quick’s endeavor. Initially, the school and church were housed in the same modest building, with a total of around forty students in attendance. Father Quick himself, along with two or three others, taught the students.

During the early 1880s, a flood damaged most of Huntington. Father Quirk, noticing that 6th Avenue and 13th Street were largely unaffected, decided to purchase this land for a future church, rectory and school. In September 1884, Father Quirk was replaced by Reverend Father John W. Werninger. Once he had enough money, Father Werninger began construction of the new St. Joseph Church and School, which was completed in 1889. Father Werninger and his sister taught at the school until 1894, when the Sisters of Mercy were put in charge of it. They were succeeded by the Sisters of Charity until 1900, when they were replaced by the Sisters of Saint Joseph in 1900. At this time, the rectory was made into a convent and Father Werninger commissioned the construction of a new rectory on the corner of 13th Street and 6th Avenue.

In 1899, Father Werninger was transferred to another parish and the Reverend Father (later elevated to Monsignor) Henry Altmeyer replaced him. Due to the increasing Catholic population in Huntington, Monsignor Altmeyer bought an additional lot across from the church at the corner of 6th Avenue and 13th Street to serve as Huntington’s first parochial high school. In 1924, a ninth grade class was offered with the plan to expand the curriculum each year in order to eventually form a full four-year high school. Monsignor Altmeyer engaged the Sisters of St. Joseph to form the faculty of the new high school. Seven students graduated in 1928, becoming the high school’s first alumni.

Following the death of Monsignor Altmeyer in 1930, Monsignor James F. Newcomb became pastor of St. Joseph’s Catholic Church and Superintendent of the Diocesan School System. He decided to demolish the original school building and construct a new high school facility at the same location, which opened in 1932. St. Joseph High School was also accredited by the State of West Virginia as a first-class four-year high school that same year. In 1959, the school became a Central Catholic High School for the parishes of Huntington. At that time, five classrooms and a science lab were added to the building, and the gymnasium was remodeled. In September 2000, the school added a three-story addition, the Regina K. Zitter Technology Wing. The addition included a computer research lab, a math lab, a science lab and a rooftop deck weather station. Today, St. Joseph Central Catholic High School is one of six high schools in the Diocese of Wheeling-Charleston, with an enrollment of about 150 students in all four grades.