Hotel San Carlos is one of the more important landmarks in Phoenix. It was built in 1928 and designed by Los Angeles architect George Whitecross Ritchie in the Italian Renaissance Revival style. The hotel was the first truly modern building in the Southwest: it was the first high-rise in the region with air conditioning an elevator (hand operated), and had a steam heat radiator system (this is still operating today). It also featured Italian tapestries, a card room, dance room, an outdoor sun room, and chilled ice water taps in every room (these still exist though are no longer operating). The interior, particularly in the lobby, has largely retained its original woodwork and other decorative elements such as textured concrete decorations. Numerous celebrities, politicians, and other notables have stayed here including Marilyn Monroe and Cary Grant. The hotel was added to the National Register of Historic Places in 1983.

The Hotel San Carlos was built in 1928 on the site of the city's first school, which was a simple four-room adobe building. Photo: Cygnusloop99, via Wikimedia Commons 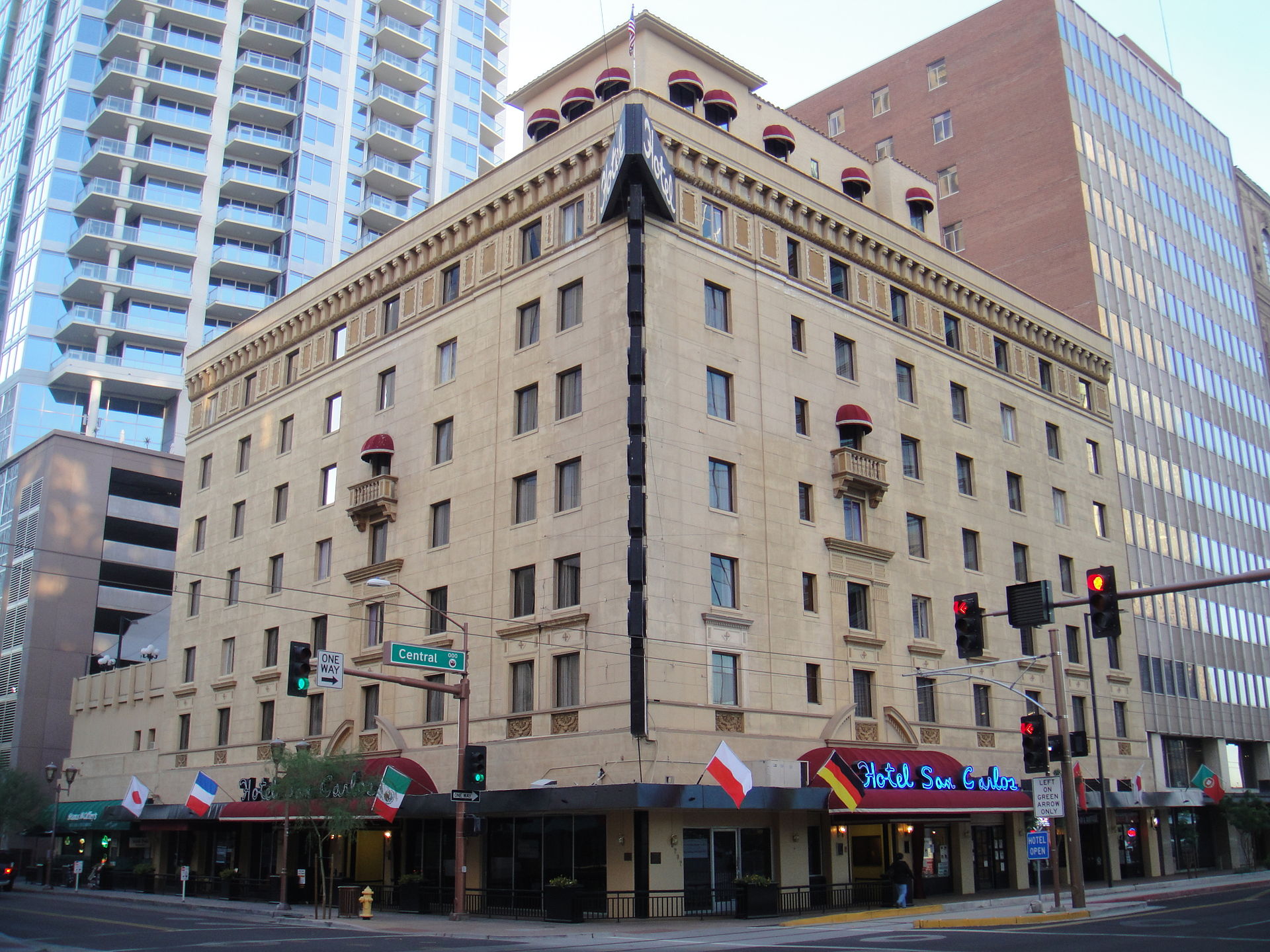 This marker commemorates the city's first school, which was located here from 1879-1916. Photo: Bill Kirchner, via The Historical Marker Database 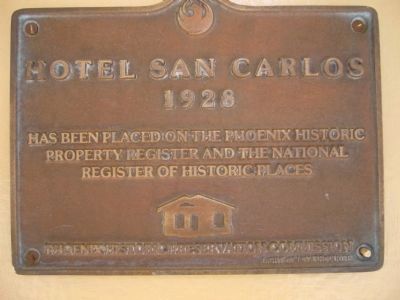 Where the hotel now stands was once the location of Phoenix's first school, a four-room adobe structure built in 1873. This was expanded over the next decades but by 1916 was too small and in fact was condemned. By this time Phoenix was growing rapidly. In 1911 the Theodore Roosevelt Dam was built, affording farmers in the region greater access to water. As a result, the economy benefited substantially, including Phoenix. In time, the city became a thriving agricultural, trade, and commercial hub. This attracted tourists (cars were becoming more prevalent during this period) and so accommodations for them were needed. This is what prompted the hotel's construction.