(Demolished 1960) St. Albans Central School was built in 1900 at the site of the present day Rite Aid on 6th Ave.. This brick school building was built after the old Town Hall School closed. (Swamp College 1867-1899) A large 6 room large brick structure was added behind it in 1913 for 8-12th grade (High School). 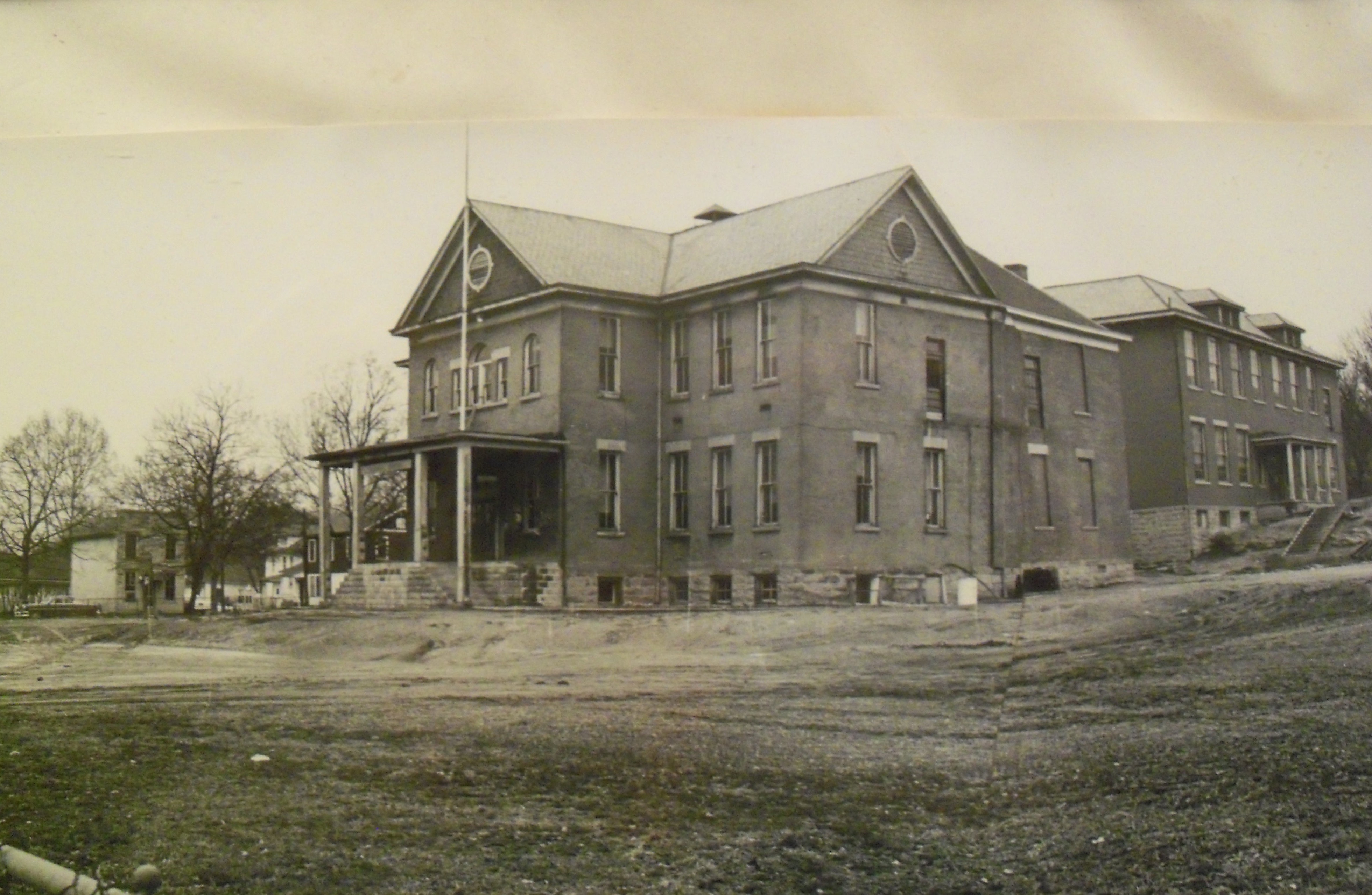 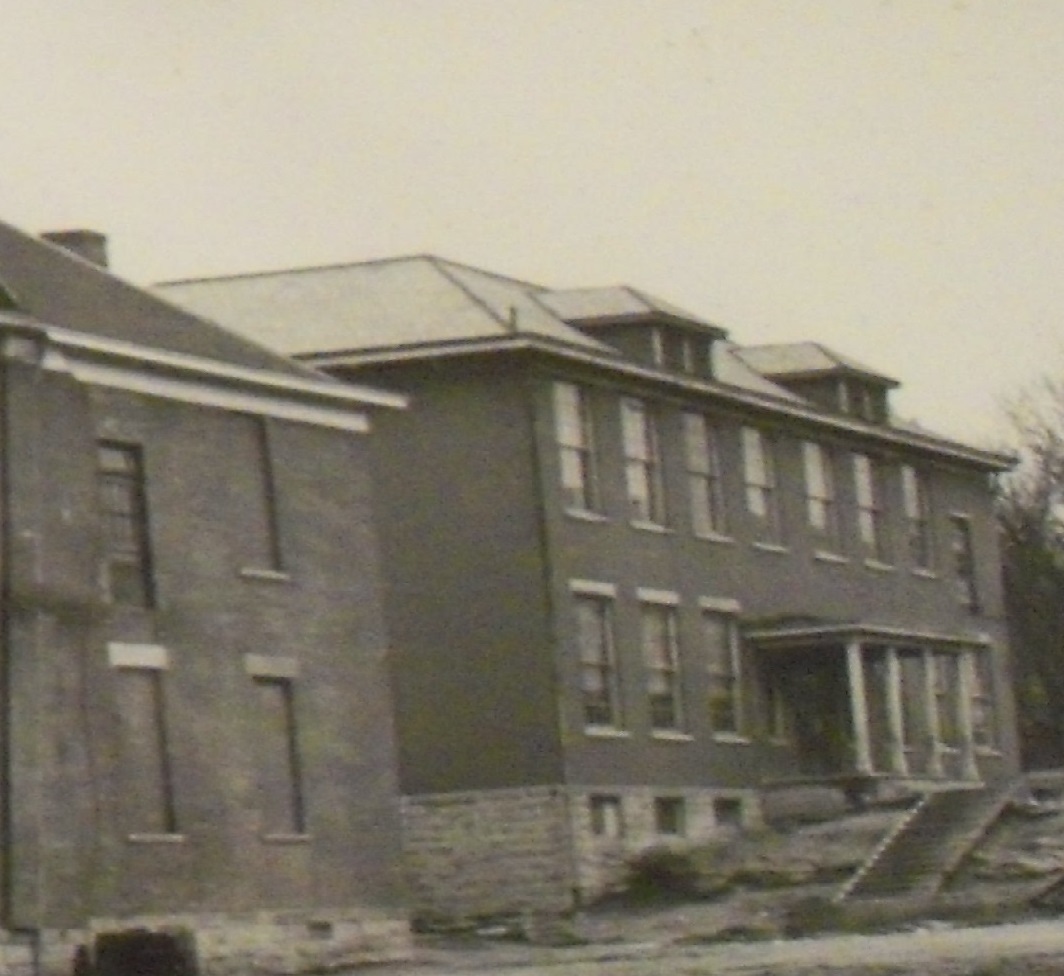 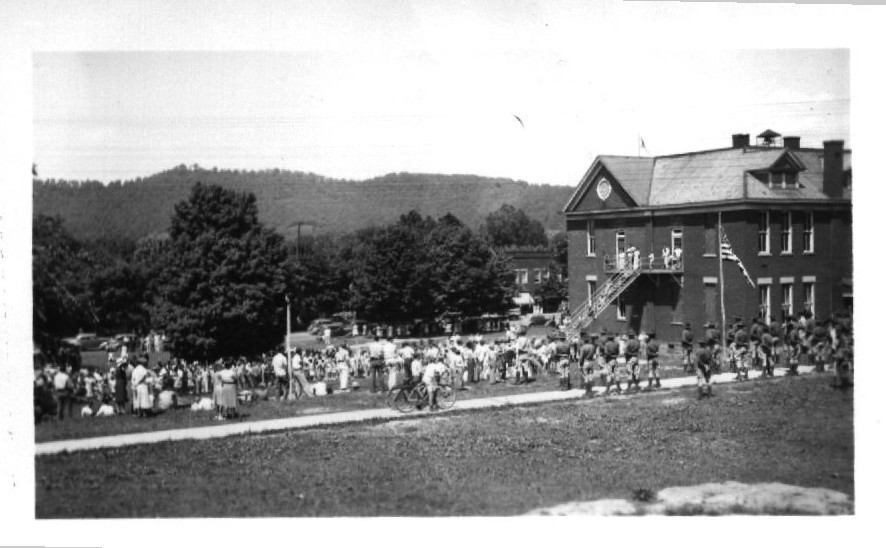 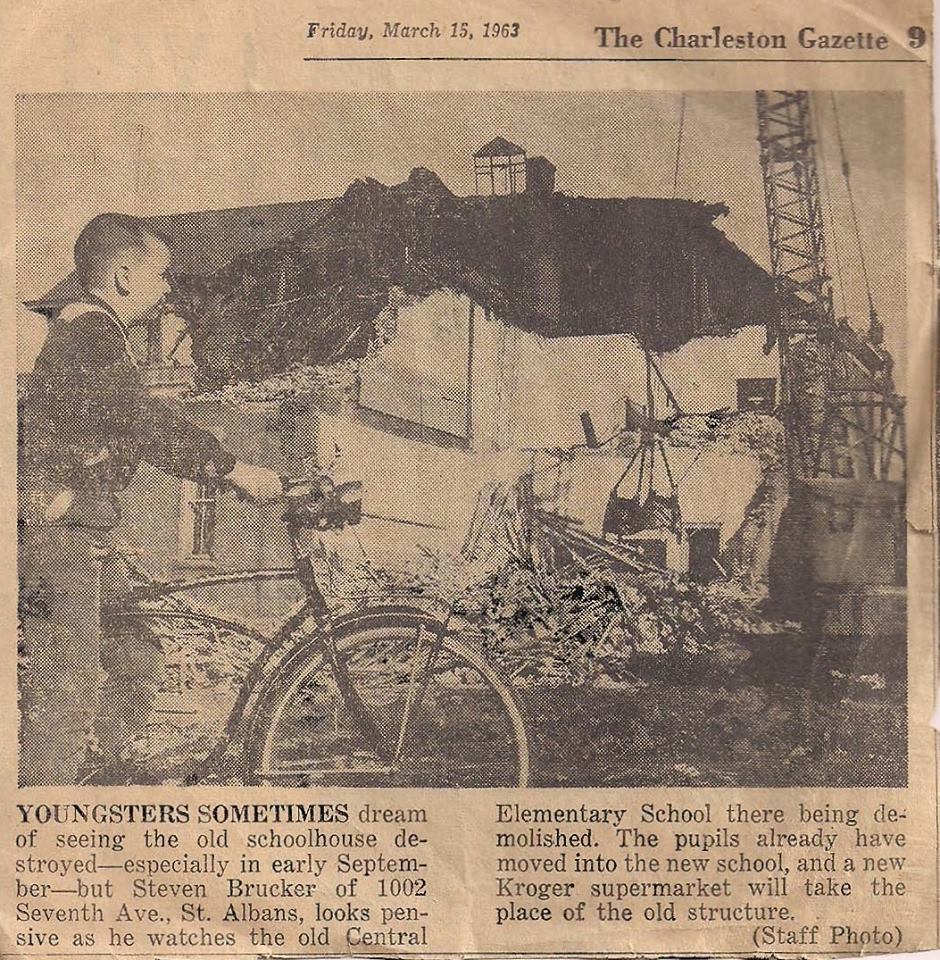 First a large brick school for all students through 8 grade was constructed (1900) and later a large brick structure was added behind it in 1913 for 8-12th grade (High School). Under the supervision of Mr. Charles P. Guice, principal. The High School building used was a six room red brick building, situated just above the graded school building. Both building s were kinown as Central School. There was also a small concrete block building just across the street from the main high school building which was used as a classroom by the commercial department. Mr. Guice was superintendent for six years.
Mr. M. P. Summers became principal of the high school in 1922, serving two terms as principal and then was made superintendent of the St. Albans schools.  Mr. John E. Hughes succeeded Mr. Summers as principal and served two years from 1924-1925.
A  new High School/Jr. High building was finished on Kanawha Terrace for the 1924-25 term of students with Mr. John E. Hughes as principal and Cental School continued to be used for elementary students. It closed in 1961 and was demolished in 1960 to make way for a new Kroger.