Constructed in 1929, the Chase Bank Building is Tucson's oldest skyscraper. The building is the third bank on the site. In 1901, Consolidated National Bank (CNB) bought the property and built the second bank on the site. The first one belonged to another company and it was demolished to make way for the second one which was expanded in 1917. Given its architecture and importance to Tucson's economic development, the building was added to the National Register of Historic Places in 2003. The lobby features murals painted by Anthony B. Heinsbergen, whose work is present on several Los Angeles landmarks. 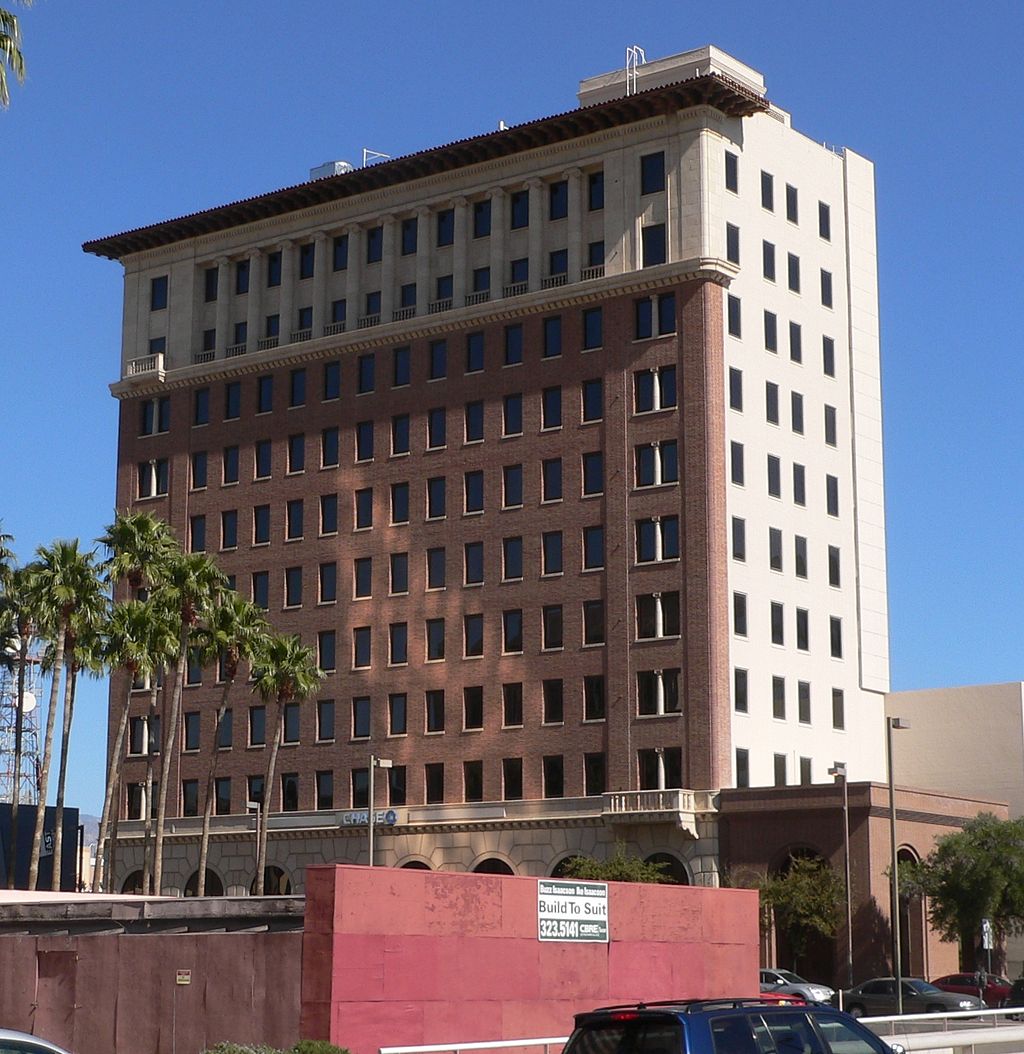 This 1929 building was designed by the architecture firm of Walker and Eisen in the Late 19th and Early 20th Century Revival styles. Its design was influenced by the 1893 Columbia Exposition in Chicago which featured buildings designed based on European styles. The bank was built by the Consolidated National Bank, which later sold it to Valley National Bank in 1935. When it opened, the building featured 3,000 safety deposit boxes. Its size and cost of construction was $1 million, an enormous sum at the time that reflected Tucson's increasing importance. Valley National Bank sold the building to Bank One in 1993, which later merged with J.P. Morgan Chase in 2004, hence the building's current name.
Fun Fact:  The building has been the site of many movie productions including the 1956 film "A Kiss Before Dying."

It is open during regular business hours