Listed on the National Register of Historic Places in 1971, the Ingham County Courthouse is located south of Lansing in the county seat of Mason, Michigan. It’s the only county in the nation in which the capital is not located in the county seat. The building itself underwent a complete renovation in the late 1980s and early 1990s.

The Ingham County Courthouse in Mason, Michigan, was added to the National Register of Historic Places in 1971. 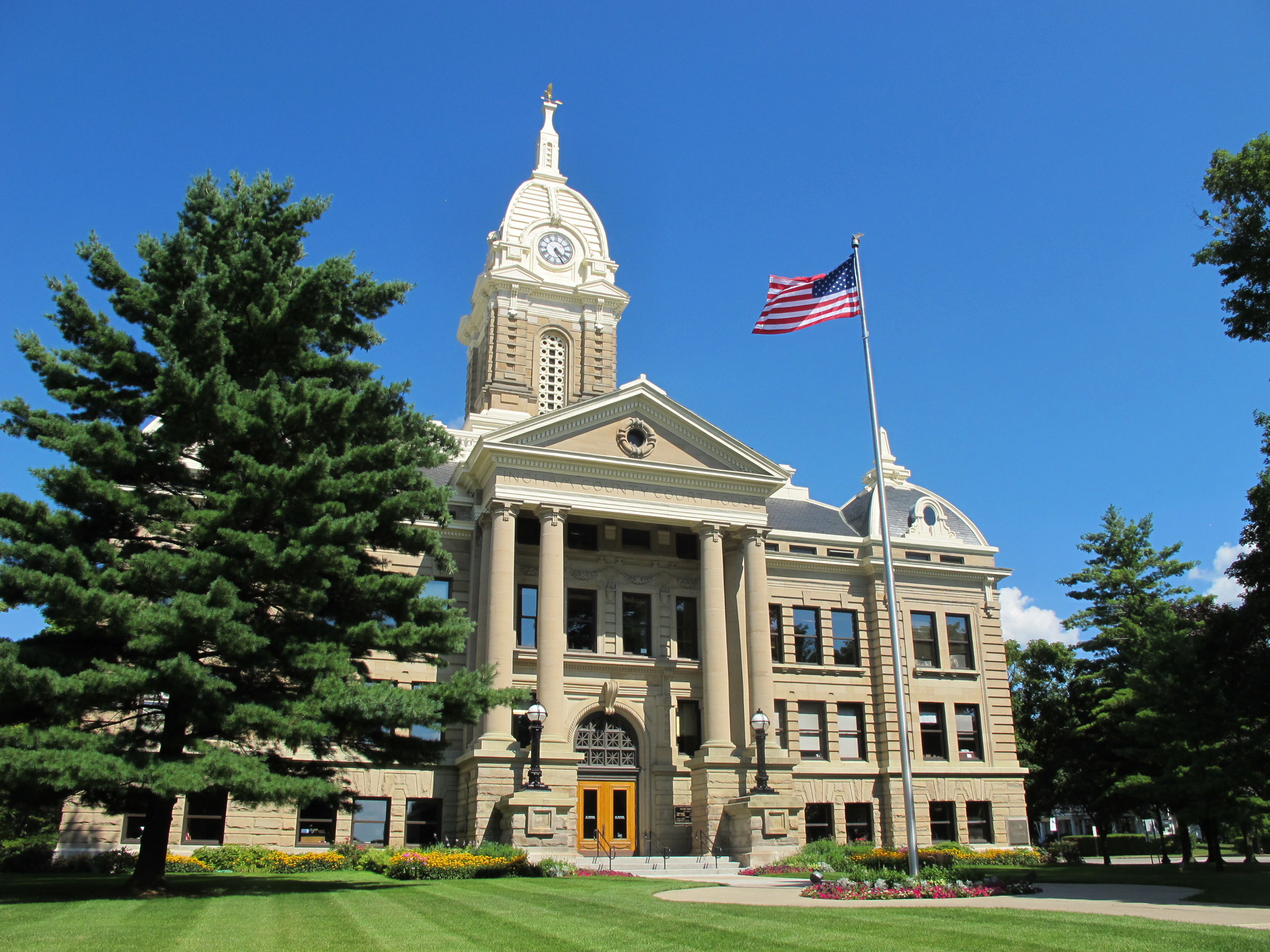 Lansing Township was chosen as the state capitol in 1846. It was a somewhat surprising choice, but was selected because of its central location and an offer of land near the Grand River. As the area to build up, county government needed to be established. Mason, not Lansing, was chosen for its central location as well. It gave people from all over the county better access to local government.

The building, which was built at a cost of $96,678, was designed by architect Edwyn Bowd. Berea sandstone was used for the two-story building. The roof features a square dome with a clock and a statue of a golden eagle at the top.

The interior of the courthouse was also used in the film “Real Steel,” that starred Hugh Jackman.