This historical marker shares the history of land inhabited by humans for more than some 12,000 years as determined by archaeologists in the 1960s. These scholars revealed a site that encompasses at least four time periods of Native American life, from 4000 B.C. to 1600 A.D. on the banks of the Kanawha River in what is now West Virginia. Excavations conducted revealed at least two overlapping oval stockades with more than 40 houses surrounding a central plaza along with 562 burials and tens of thousands of ceramic, stone, shell, and bone artifacts. The scholars also unearthed a ceremonial buffalo mask along with copper artifacts and glass trade beads. Of the four periods of human inhabitation, the latest period was in the mid-17th century. 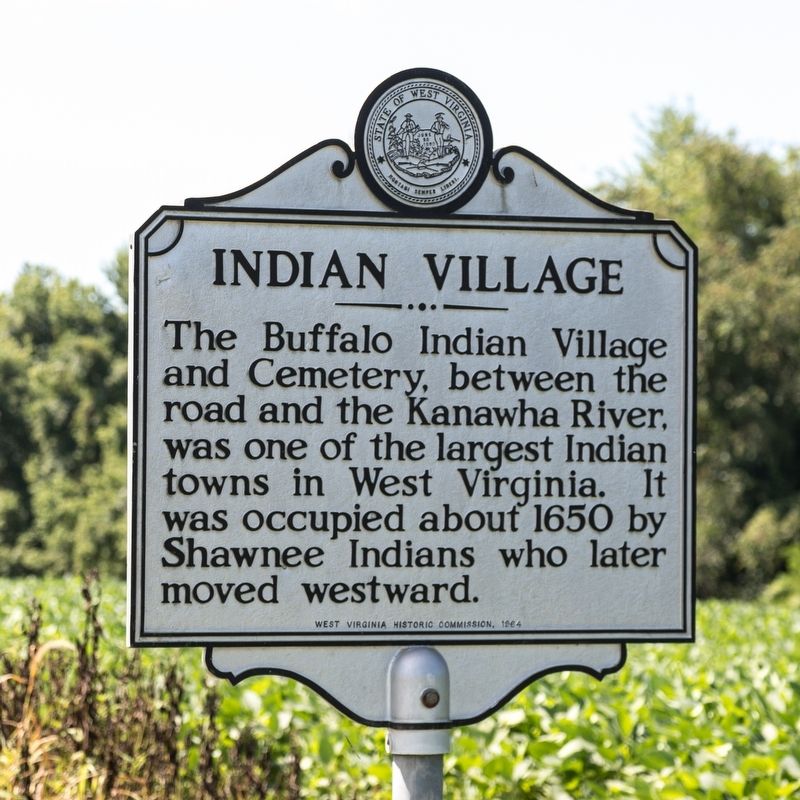 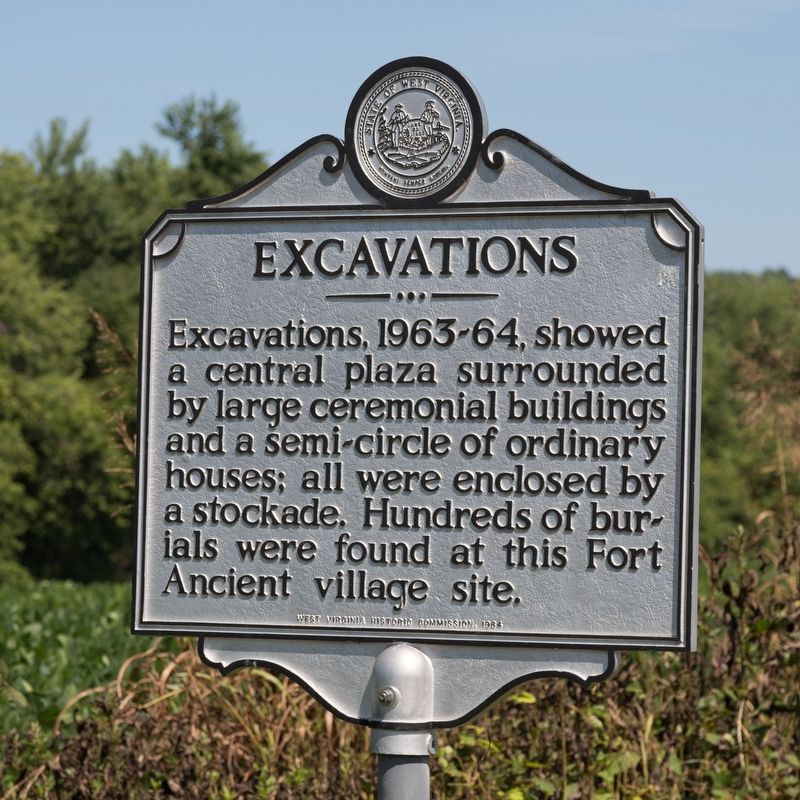 One of the burials from the excavation. 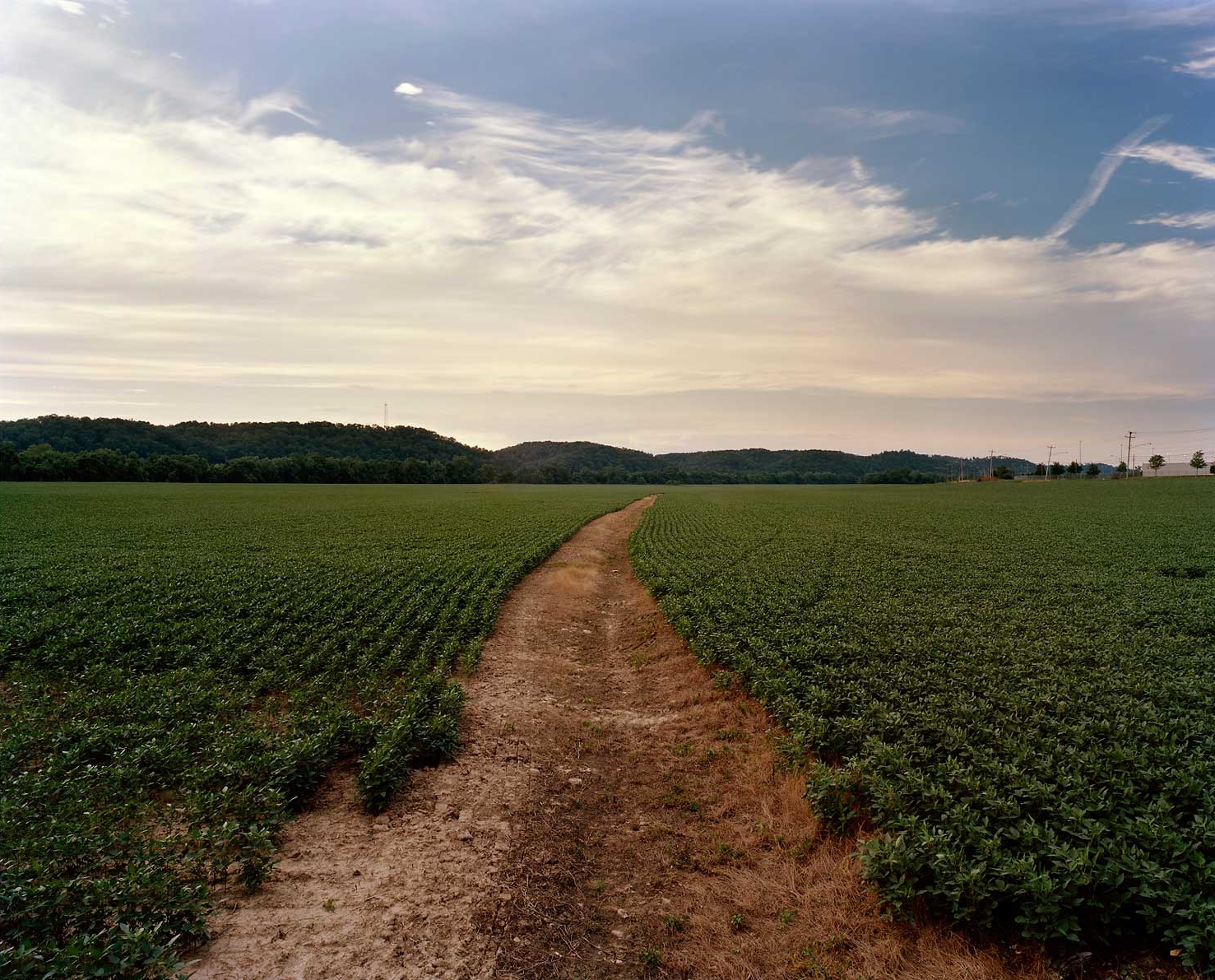 When the Buffalo Indian Village site was excavated from 1963-1965 by a team led by Edward V. McMichael, more extensive knowledge was uncovered than was previously recognized. The area had been investigated around thirty years earlier by Leslie A. Martin and Elmer Fetzer. Although the surface was first investigated in 1929, permits to dig were not obtained until 1936. By that time, specific protocols for uncovering archeological sites were still not as developed and the trinomial system for recording sites had not been developed. When McMichael excavated the site, archaeologists realized the area was so extensive that only around 15 percent of the site had been excavated.

In a farmer's field, the team uncovered large structures that had once been a thriving community for Native Americans. Three prehistoric villages had been found that expand at least four time periods. The Late Archaic village dated between 4000 B.C. to 1000 B.C. revealed the remains of a temporary campsite that consisted of several shallow fire pits, refuse pits, and flint processing areas. The discovery of this site resulted in two new projectile point types, the Buffalo Expanding Stem and Buffalo Straight Stem arrowheads. It also contained a stockade measuring 650 by 450 feet, with an open center surrounded by ceremonial houses in three rows. The Middle Woodland village was dated in the time 390 A.D. to 530 A.D. and contained findings like the earlier dated structure.

The largest of the structures excavated revealed at least two overlapping oval stockades that surrounded more than forty houses surrounding a central plaza. These structures are dated to the Fort Ancient Period 1300 A.D. to 1600 A.D., but evidence shows the area being used up until the 1650s, during which time the Shawnee Indians occupied the land before eventually moving west. Found in the two fort structures were 562 burials, with 84 percent of those buried with the head to the east, 53 percent buried flat on their backs, and 71 percent buried within houses. Children and young adults were the most likely to be buried with ceremonial goods within their graves. Additionally, tens of thousands of ceramic, stone, shell, and bone artifacts were uncovered.

The copper artifacts and glass trade beads place some parts of the village to the Protohistoric period, about 1600 A.D. Artifacts such as those made of exotic marine shells and the “Buffalo Mask” also indicated contact with people from Mississippi in the Southeast. Investigations of the site have led archeologists to believe Native Americans grew corn, squash, beans, and sunflowers, as well as harvested fruits and nuts. They also hunted animals such as white-tailed deer, elk, black bear, wild turkey, beaver, rabbit, quail, turtle, and more, and ate a variety of fish from the river, including fresh-water mussels. In 1964, the West Virginia Historic Commission erected a historical marker near the site along WV 62. The site is also listed on the National Register of Historic Places.