The Niagara Hudson Building, an Art Deco masterpiece, was constructed in 1932 as the headquarters for the Niagara Hudson Electric Company, the largest electricity provider in the United States at that time. The building emerged at a time when electricity grew profoundly popular at the time, notably in the Erie Canal "Great Corridor." Today it is owned by the energy company National Grid.

The facade of the building. 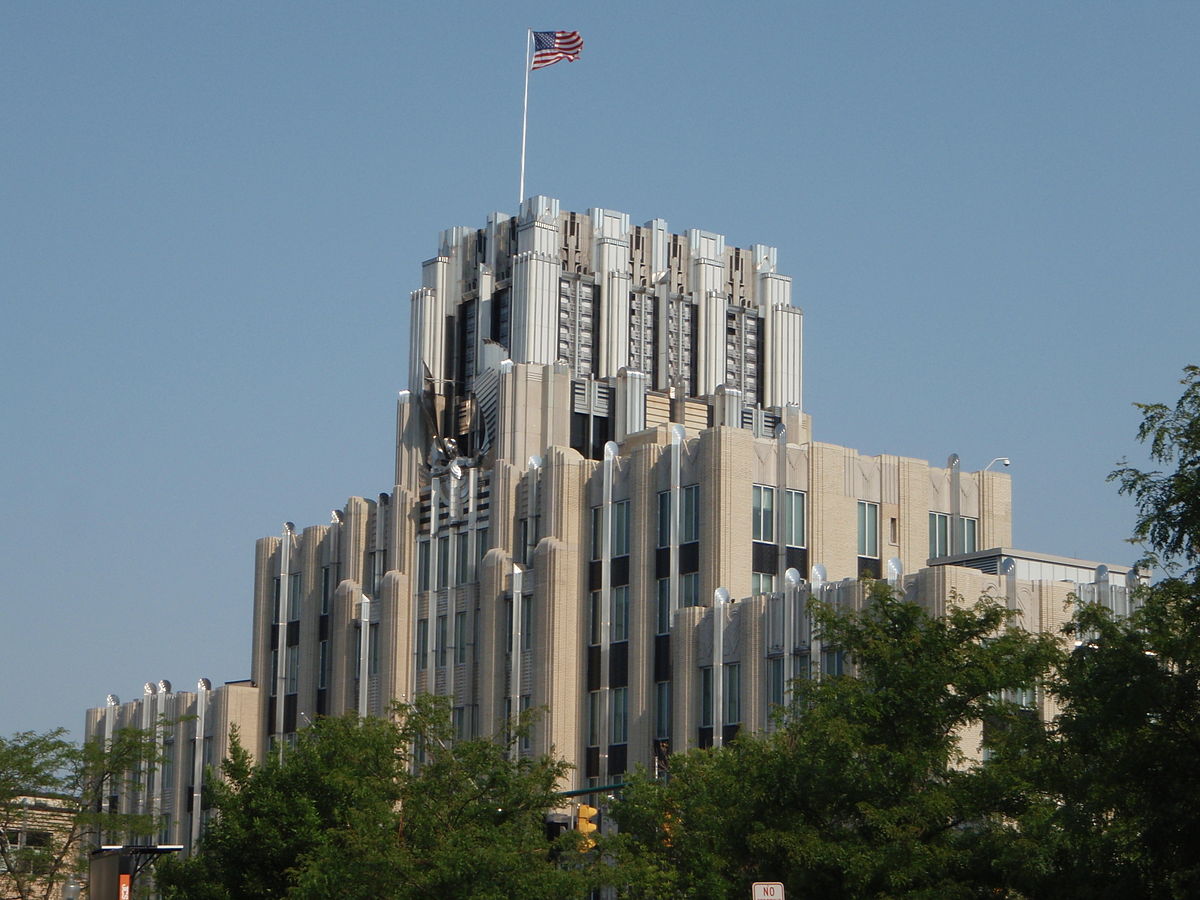 The Spirit of Energy emblem. 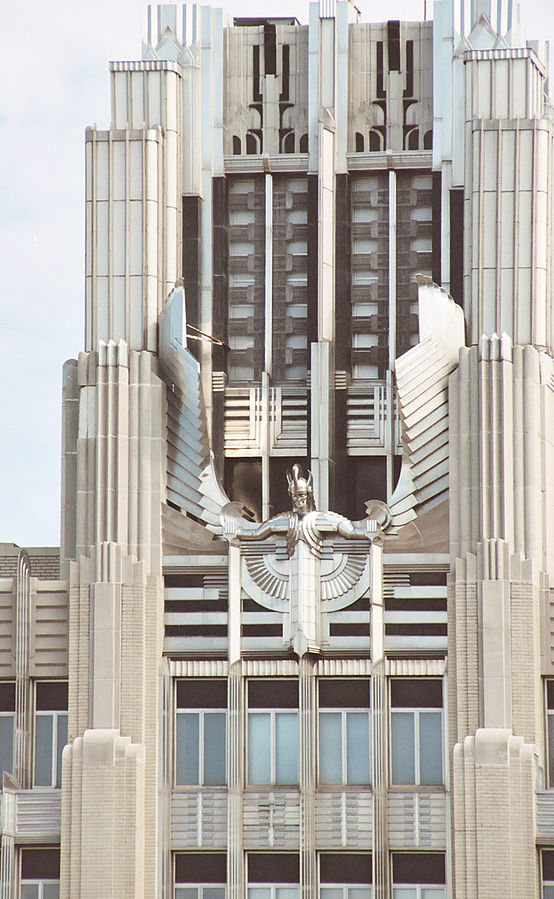 The Niagara Hudson (Mohawk) Building, an Art Deco masterpiece, was constructed in 1932 as the headquarters of the Niagara Hudson Electric Company, the largest electricity provider in the United States at that time. Today it is owned by the energy company National Grid. The building arose at a significant time in the history of electricity as it became far cheaper and easier to access.
Buffalo-based architects Bley & Lyman constructed the Niagara Mohawk Building (now home to National Grid), completed in 1932. The metal Spirit of Light statue situated above the main entrance in the center of the structure greets visitors to a building abound in angular, geometric metalwork and plenty of glass, and steel -- a marvelous example of the Art Deco style that grew exceedingly popular during the 1920s and 1930s. The Niagara building emerged as one of the first examples of stainless steel sculpture.
The Niagara Mohawk Building arose at roughly the same time as another more well known Art Deco gem, Manhattan's Chrysler Building. While the Chrysler building soars into the sky,  the three-level Niagara building sprawls out horizontally,  allowing for easy viewing of its exquisite architectural details.
The Niagara Hudson (Mohawk) Building in Syracuse served as the headquarters to the Niagara Hudson Electric Company, the nation’s largest utility company at that time. Colored lights at night brightly illuminate the building, which was intended to stand as a “Cathedral of Light," a fitting feature for a building the demonstrated the immense rise of electricity usage during the 1920s and '30s.
Niagara Hudson served "The Great Corridor," a series of towns situated along the Erie Canal -- from Buffalo to Syracuse to Albany, one of the most prolific industrial markets at the time. In fact, the company also sold 8.5 billion cubic feet of gas per year to cities in the Great Corridor. However, the utility company's true success arrived in the early 1930s when it supplied power to New York City followed by linking all the major power grids in the Northeastern U.S. and Eastern Canada. The resulting 116,000 square-mile power grid served more than 30 million people.
Though the Great Depression forced the company to reorganize and reduce its labor costs, Niagara Hudson survived and flourished again by the 1950s. In 2000, the British National Grid PLC purchased Niagara Mohawk for $3 billion.

"The 20th Century: Technology from 1900 to 1945." in Encyclopedia Britannica. Accessed April 25, 2019. https://www.britannica.com/technology/history-of-technology/The-20th-century.

Photo of The Spirit of Energy: By The original uploader was Leonard G. at English Wikipedia [CC SA 1.0 (http://creativecommons.org/licenses/sa/1.0/)], via Wikimedia Commons