Plymouth Congregational Church was founded by abolitionists in 1853. The church hosted antislavery speakers like Frederick Douglass, and it is believed to have been a stop along the Underground Railroad. Construction of the current church building began in 1858, and was completed one year later. Architect and Syracuse native Horatio Nelson White designed the church, and also oversaw a major redesign in 1870-1871. The stained-glass windows are original, dating from 1859 and 1871, and the 3,000 pipe Möller organ was installed in 1930. Plymouth Congregational Church was added to the National Register of Historic Places in 1997 for its Romanesque Revival architecture and association with the abolitionist movement. The church has continued its legacy of social justice and activism into the 21st century.

Plymouth Congregational Church was built in 1859 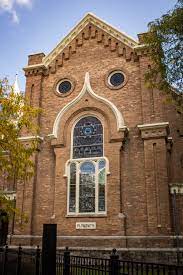 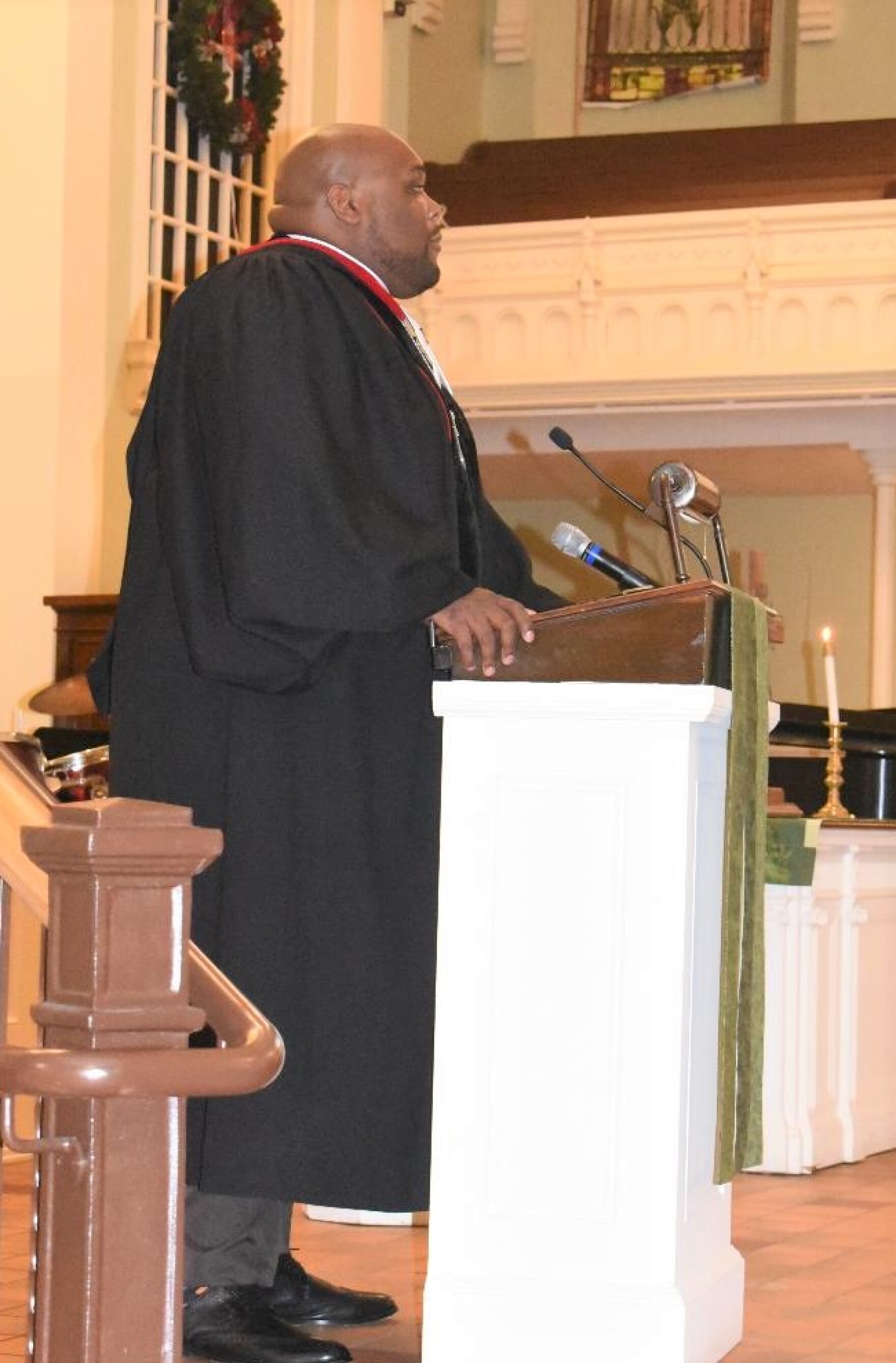 The church's interior has been renovated several times 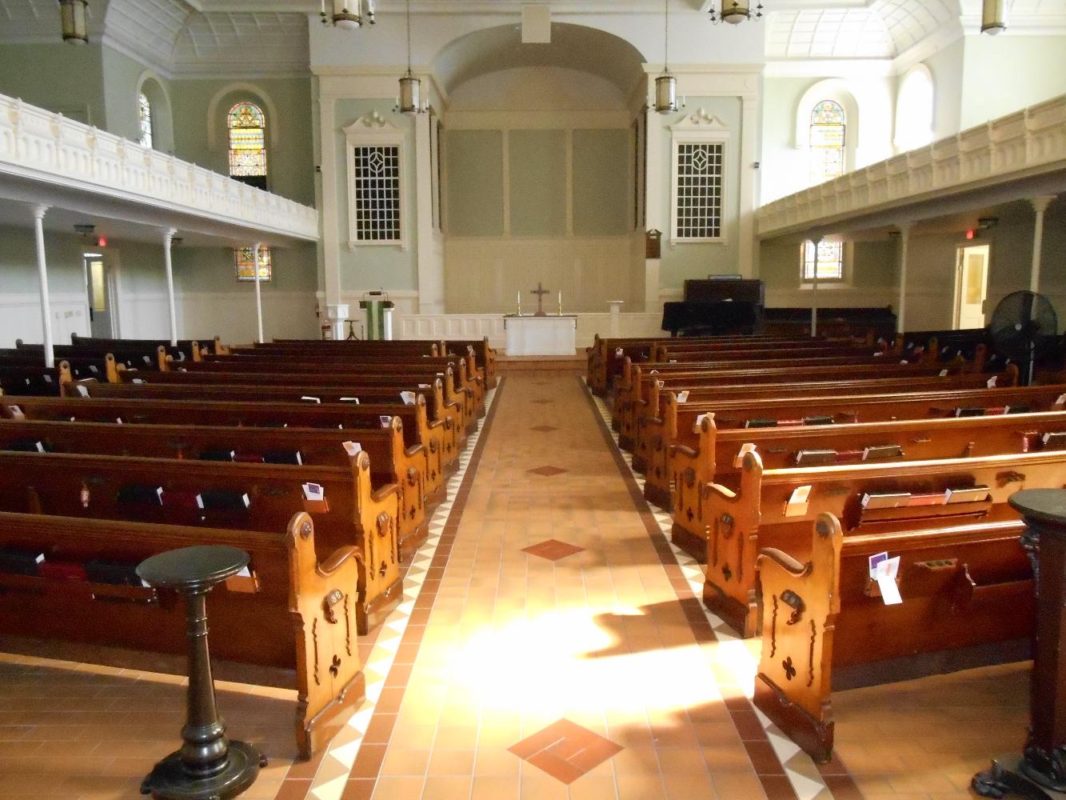 The church in 1859, when it was a center of abolitionist activity 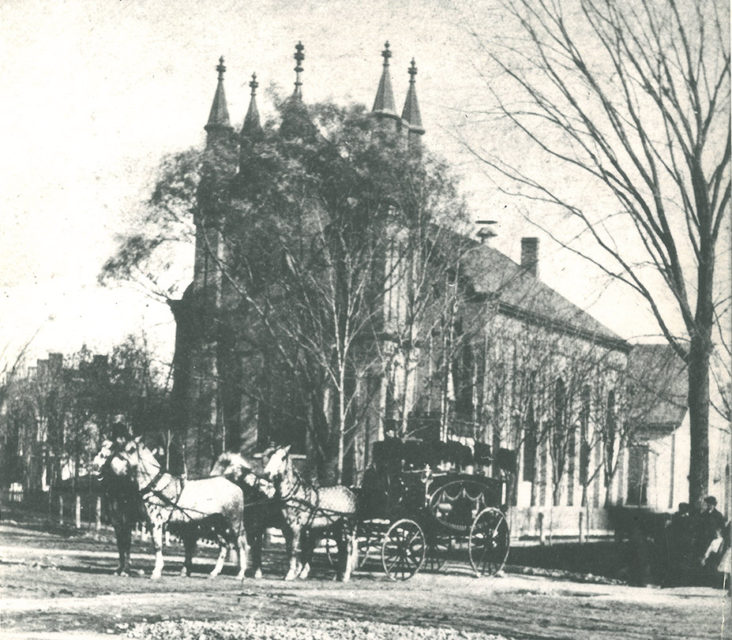 The church in 1875, after its first major renovation 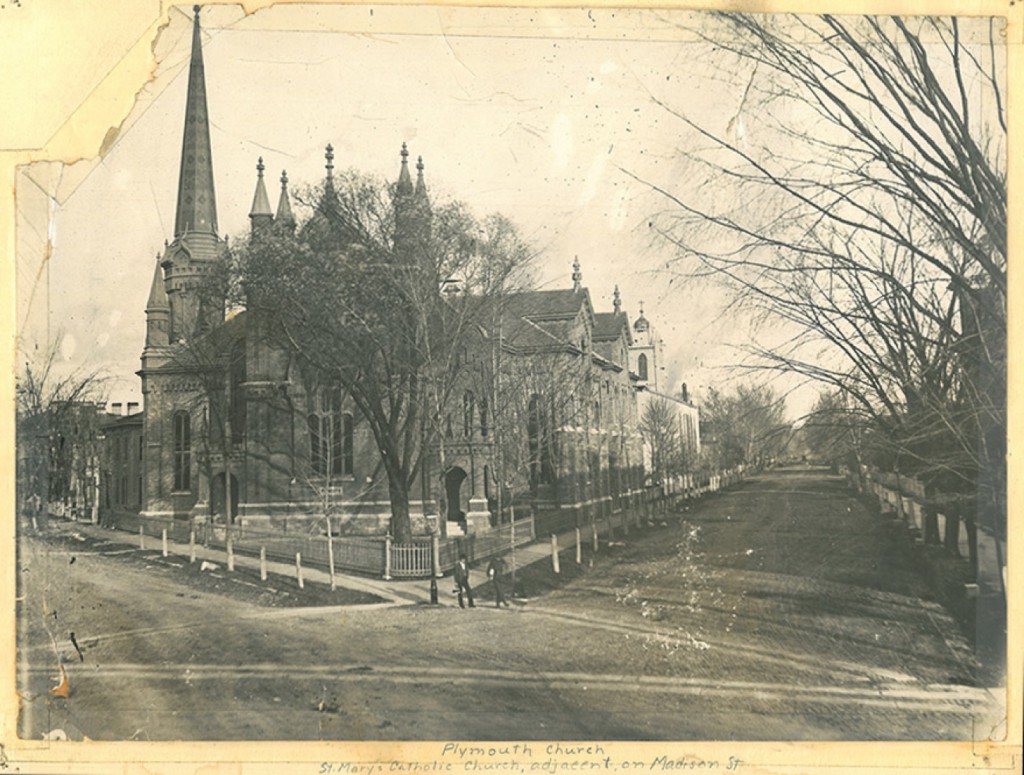 The church celebrated its 25th anniversary in 1878 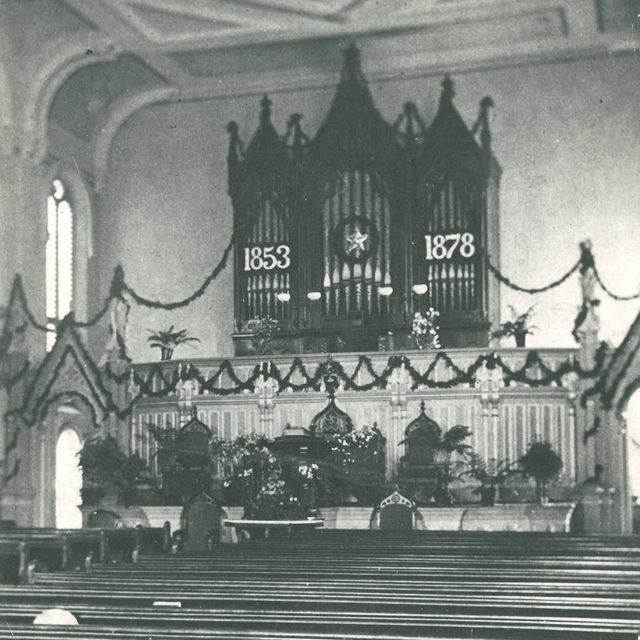 Plymouth Congregational Church’s roots run back nearly two centuries, to the formation of the First Congregational Church of Syracuse in 1838. While this church was short-lived, splintering and finally disbanding by 1850, it established a strong abolitionist reputation in a country increasingly consumed by the issue of slavery. The divisions over slavery were exemplified by the “Jerry rescue” that took place in Syracuse in 1851. Jerry was the name given to a formerly enslaved man named William Henry, who had escaped from bondage in Missouri and established a life as a free person in Syracuse. The Fugitive Slave Act of 1850, however, led to William Henry’s capture, prompting a group of Syracuse abolitionists to help him escape again and travel safely to Canada.

Many of the people involved in the “Jerry rescue” were former members of the Frist Congregational Church, and future founders of Plymouth Congregational Church, which was originally called Plymouth Church. The latter was finally formed in 1853, and its Articles of Faith dedicated the church to abolitionism, temperance, and missionary work. Plymouth Church was named after the radical abolitionist Harriet Ward Beecher’s church in Brooklyn, further strengthening its ties to the broader antislavery movement. Many famous abolitionists spoke at Syracuse’s Plymouth Church, including Frederick Douglass, and it was rumored to have been a stop along the Underground Railroad leading to Canada.

Plymouth Church’s first home was a small wooden chapel at 231 E. Genesee St., which was built in 1855. However, due to the church’s growing congregation, which increased from 31 to 300 in its first few years, a new and larger building was deemed necessary. The prolific Syracuse architect Horatio Nelson White designed this new structure in the Romanesque Revival style, and the church opened its doors in 1859. Composed of brick and featuring stained-glass windows, this original building forms the basis of the church that is still here today.

The church has undergone many renovations since its antebellum construction. In 1870, Horatio Nelson White expanded the existing building; in 1923, after dangerously swaying during a wind storm, the original steeple's height was greatly reduced. The architect Charles A. Carpenter oversaw a major project in 1930 that included the construction of a church house and the installation of a 3,000 pipe Möller organ. More recent alterations have updated the building’s interior, upgraded its technological resources, and made it more wheelchair accessible. Throughout these changes, the building’s original character has remained intact, making Plymouth Congregational Church one of the oldest places of worship in Syracuse.

Similarly, the church's founding principles have also persevered and prospered. While undergoing some organizational restructuring in the 20th century – merging with the Good Will Congregational Church in 1947 (when Plymouth Congregational Church acquired its current name), and becoming a unit member of the United Church of Christ in 1961 – the church has maintained its dedication to social justice. In 1985 it declared itself a Sanctuary Church for refugees, and ten years later it became an Open and Affirming Church, welcoming people of all gender identities and sexual orientations. In 2019, Reverend Eric Jackson became Plymouth Congregational Church's first African American pastor.