This marker, located just next to the Internal Revenue Service and U.S. Immigration Court building, indicates the location of the Arizona's first public school, which was a small adobe building.. The Pima County Board of Supervisors established the Tucson School District 1 in November 1867. After collecting supplies, building the desks, and reconfiguring the building, the school opened in January 1868. Unfortunately, due to lack of funding, the school closed only after 6 months.

Arizona's first school opened at this spot on January 1868. 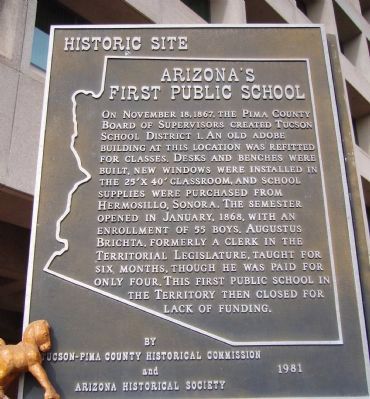